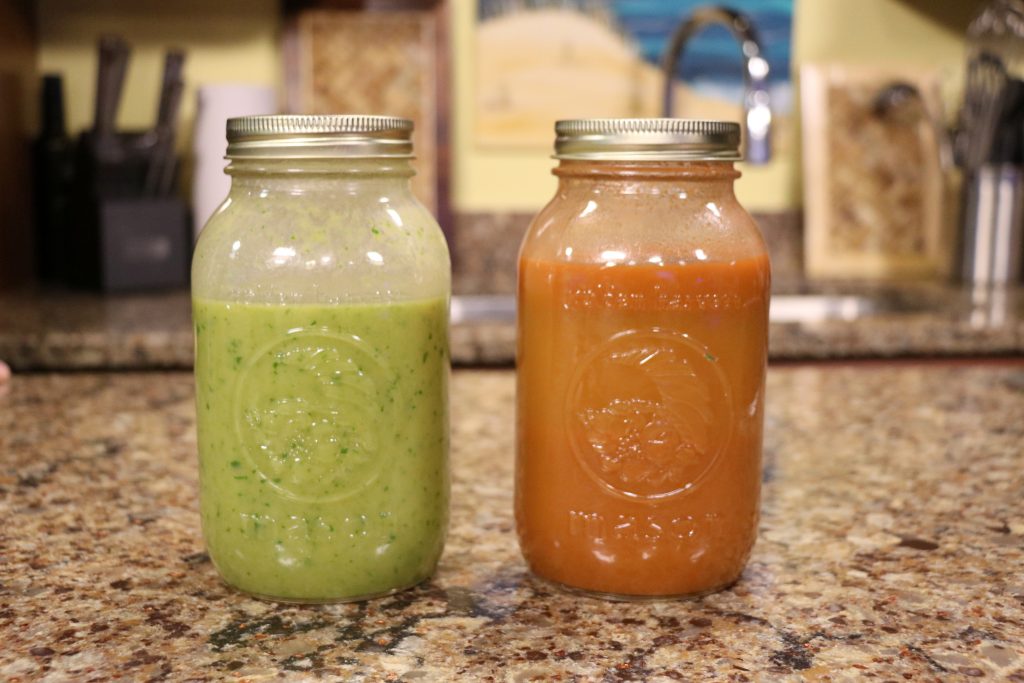 All of this has become pretty much redundant as far as how I felt during this juice odyssey. Once I hit day five and saw the finish line it became more of the same. I nailed down a juice strategy that was helped greatly by the ginger and turmeric supplementation’s. Again, it gave the drink a spiciness that was a welcome change from the bland-I-feel-like-I-am-eating-my-front-lawn taste. The juices were variations of day four’s juice since I found that recipe to actually be slightly enjoyable. The smoothies were based mostly on watermelon, spinach, and pineapple (see picture).

I decided on day six, which was the weekend, to juice en masse my cucumbers, carrots, and apples which might have been smart to do at the start of the seven day challenge since I have more Mason jars than an Amish supermarket. So, I began the mass juicing, and not being blessed with the gift of patience, the ramming of the Jack LaLane juicer began. Halfway through the carrots, disaster struck. It seems Jack LaLane was a lot tougher than his juicer. With a final gasp of agony, the juicer went silent, and I still had one day left. My plan was to return it to Wal-Mart. After I cleaned it and put it back together an hour later, I gave it one last try before I packed it back in the box. Hallelujah! It came back to life and the juicing continued.

Day seven I had mixed feelings. I knew I was going to finish the challenge, the question was whether I was going to continue, which I could have done realistically, but I asked myself to what end and I was really over the preparation part. It was way too long for the amount of juice acquired. However, I did prepare juice for day eight. As I figured, I stockpiled way too much of everything. I only used about a third of what I bought.

In conclusion, I felt great after the initial disastrous day one of despair. Since the first day, I never doubted I would finish. The most important thing I learned was what I was actually missing from my diet. I am now having a juice added daily to my meal plan. Surprisingly, it felt almost like I had lap band surgery. When I began eating my first non-juice meal (yogurt, almonds and wheat germ) after three teaspoons, that was about it. I was done. But the real gain, besides the seven pounds I lost, was combining the juicing and the restarting of my early morning exercise program, I got what I was looking for… a reboot… anybody need any kale? 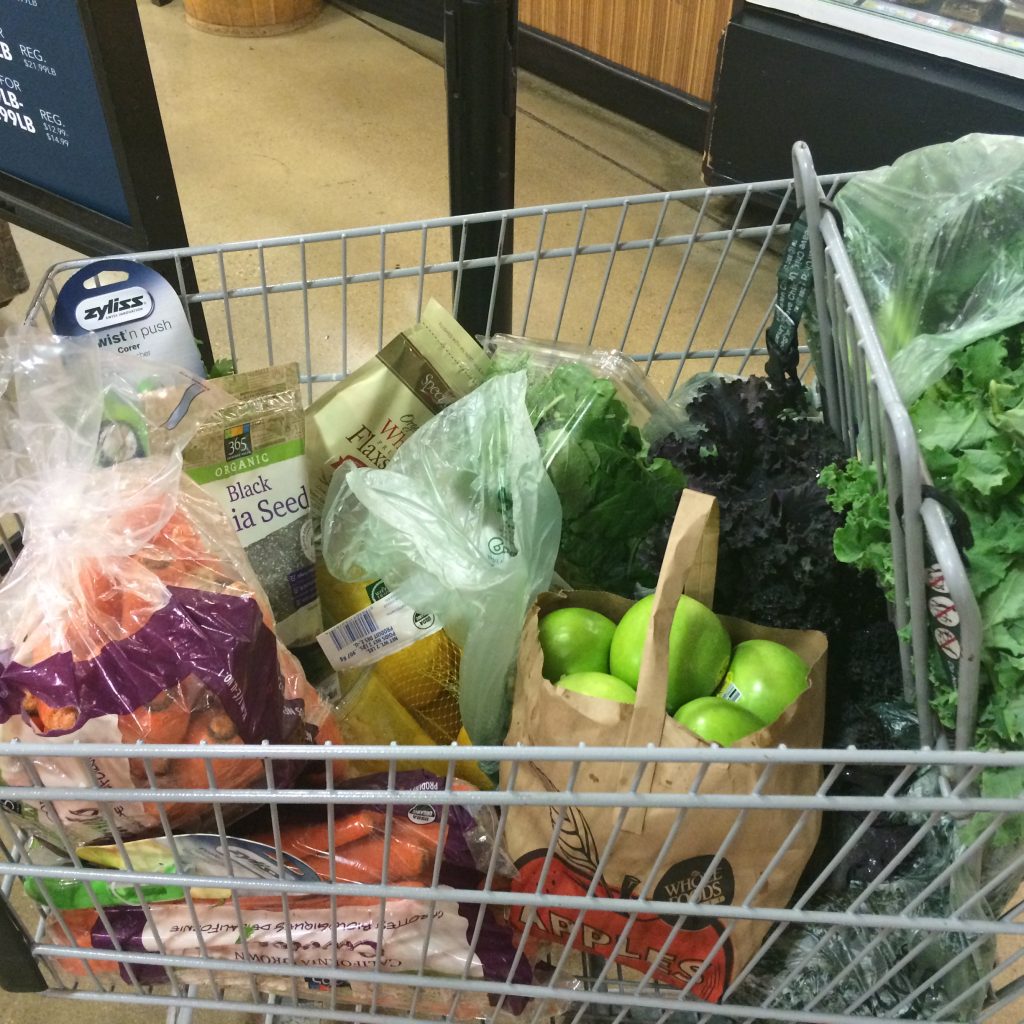 Bob’s Juice Journey – Preparation and Day One of Juicing 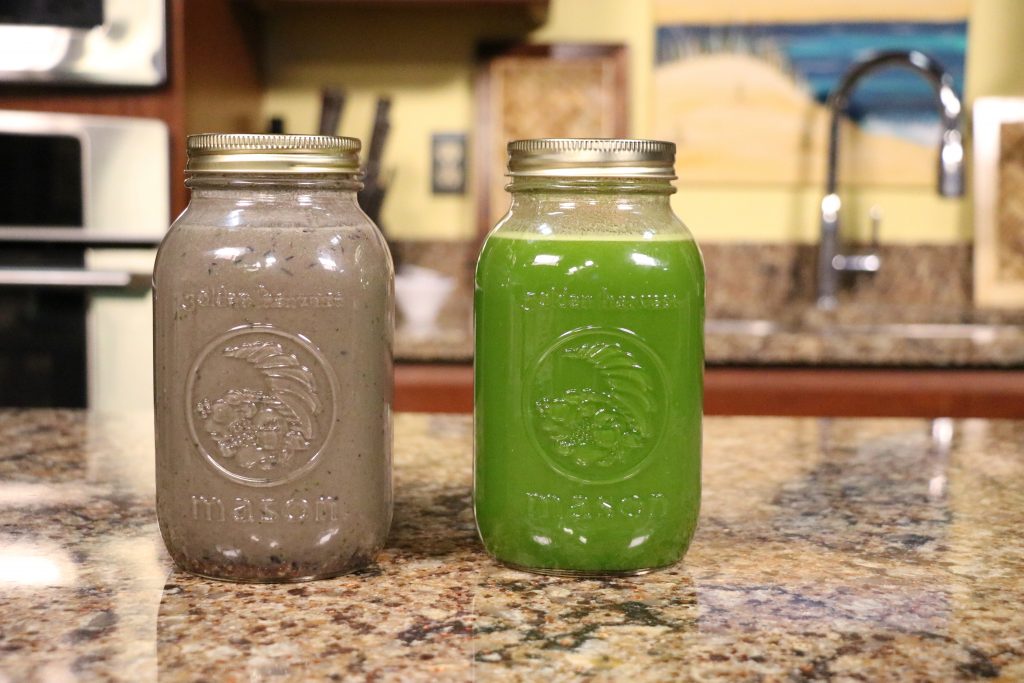 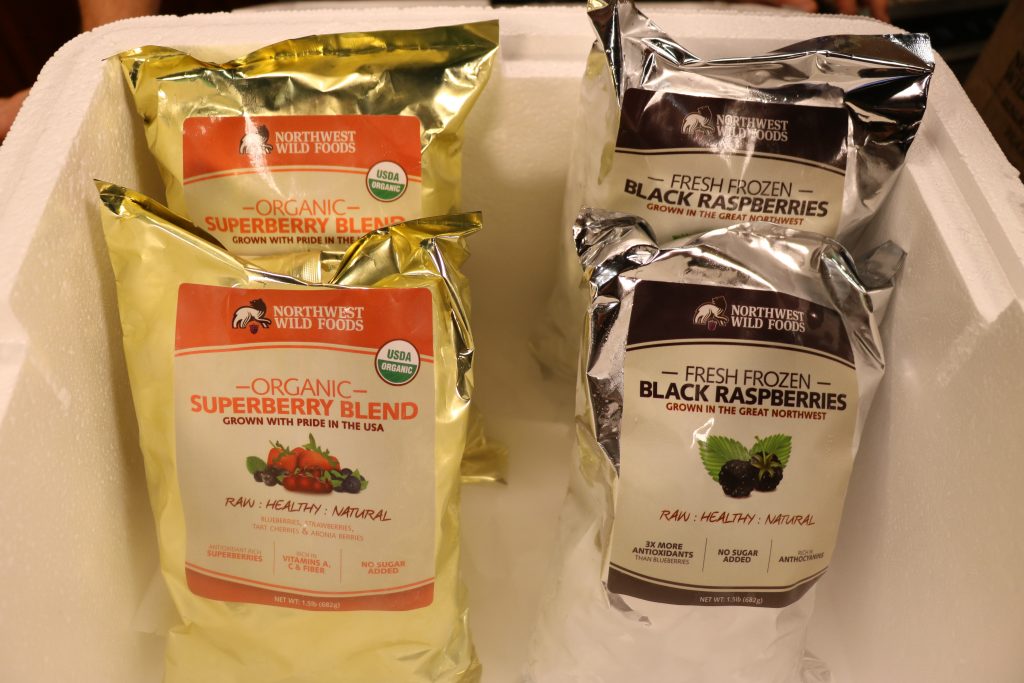 Reboot. A full body/diet reboot. The time seems right. After[...]