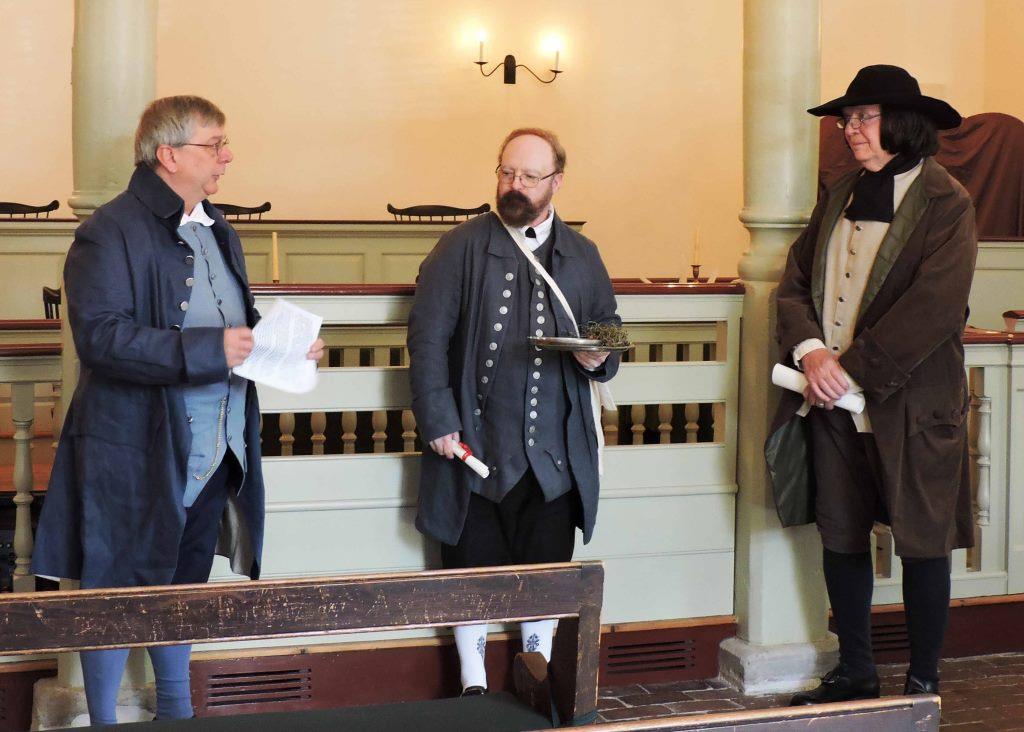 A re-enactment of the Livery of Seizen ceremony. (Photo: Delaware Division of Historical and Cultural Affairs)

Five Delaware museums will be hosting events in October spotlighting the historical and cultural contributions to American history that originated in the First State.

Delaware’s Division of Historical and Cultural Affairs is sponsoring the events, which are being held at the John Dickinson Plantation, the Johnson Victrola Museum, the New Castle Court House Museum, the Old State House and Zwaanendael Museum. The events include tours, exhibits, school programs, and activities at the historical sites.

Jim Yurasek, a spokesman for the Division of Historical Cultural Affairs, said the events reflect Delaware’s rich history that came during the onset of the country’s formation.

“It’s one of the first colonies. We broke away from Pennsylvania and actually from England before the Declaration of Independence. We were right in the thick of things,” he said.

The events are free, though some of them require registration. For a full list of events being held next month and through the course of the year, head to the Delaware Division of Historical Cultural Affairs website. Descriptions of October’s special programs are below.

“The Birth and Re-Birth of a State House: The 40th Anniversary of The Old State House Restoration.”Guided tours explore the modifications that have been made to The Old State House since its completion in 1791, Mabel Lloyd Ridgely’s efforts to restore it, and its restoration in 1976 as part of the nation’s bicentennial. First Saturday in the First State program. The Old State House, 25 The Green, Dover. 9 a.m.–4:30 p.m. 302-744-5054.

“Music of the World.” Guided tours explore the music of cultures from around the world that was recorded by the Victor Talking Machine Company, accompanied by 78-rpm records played on authentic Victor Talking Machines. First Saturday in the First State program. Johnson Victrola Museum, 375 S. New St., Dover. 9 a.m.–4:30 p.m. 302-739-3262.

Displays at the Johnson Victrola Museum. (Delaware Division of Historical and Cultural Affairs)

“Photo Fridays.” Take advantage of early morning and late afternoon light to photograph the natural beauty of the home and grounds of the “Penman of the Revolution.” John Dickinson Plantation, 340 Kitts Hummock Road, Dover. Plantation open 10 a.m.–4:30 p.m. Early and late access available by reservation only by calling 302-739-3277.

“1781 Surrender: End of War.” Lecture by historic-site interpreter Bob Vander Decker. Part 10 of “The Founding of America in One Year,” a year-long series that examines important local and national events that led to the founding of the United States. New Castle Court House Museum, 211 Delaware St., New Castle. 7 p.m. 302-323-4453.

“Lantern Tours of the Plantation.” Programs explore the parties, games, dances and entertainment that would have abounded at the plantation during the nighttime in the 18th century. Activities will also include wagon-ride guided-tours conducted by staff of the St. Jones Reserve exploring the nocturnal life of the estuary. John Dickinson Plantation, 340 Kitts Hummock Road, Dover. Programs 6–7 p.m. and 7:30–8:30 p.m. Free admission but, due to space restrictions, reservations are required by calling the John Dickinson Plantation at302-739-3277 no later than Oct. 20.

William Penn Day. Series of programs commemorating the 334th anniversary of Penn’s disembarkment at New Castle, his first landing in the New World. Activities include a re-enactment of the Livery of Seizen ritual at 10:15 a.m. in which Penn received possession of New Castle and a 12-mile circle of land surrounding it; a performance by De Blokfluiters recorder/flute ensemble at 11 a.m.; “The Tryal of William Penn,” a historical play exploring Penn’s trial on religious freedom and the rights of English subjects under the law at 12:30 and 3:30 p.m.; “The Amazing Mrs. Penn,” a living-history performance by Jean Norvell as Hannah Penn at 2 p.m.; and a Baroque concert by the Immanuel Bach Consort at 5:30 p.m. New Castle Court House Museum, 211 Delaware St., New Castle. Free admission but reservations required for the 5:30 p.m. concert. 302-323-4453.

“Distilling in Delaware.” Lecture on the history of distilling in the First State by Mike Rasmussen, co-founder ofPainted Stave Distilling in Smyrna, Del., plus a tasting of some of the company’s products. Presented in coordination with the museum’s exhibit “Wine and Spirits in Delaware: Producing, Preserving, and Presenting.” Zwaanendael Museum, 102 Kings Highway, Lewes. Program at 5 p.m. on the museum’s 2nd floor (entry via staircase; no elevator). Free admission but, due to space restrictions, reservations are required by calling 302-645-1148 no later than Oct. 21, 2016.

“Who Done It: A Historic Murder Mystery.” Fictionalized historical play in which museum guests assist Delaware’s Dr. James Sykes in questioning suspects in the death of Samuel Bedford, III. Based on a real 18th-century medical mystery solved by Dr. Sykes. The Old State House, 25 The Green, Dover. Performances at 2 and 8 p.m. Visitors to the 2 p.m. performance are encouraged to bring children for indoor trick-or-treating at stops within the building. Costumes are welcomed for all who attend. Free admission but, due to space restrictions, reservations are required by calling 302-744-5054.

This author hasn't written their bio yet.
Tom Lehman has contributed 3 entries to our website, so far.View entries by Tom Lehman 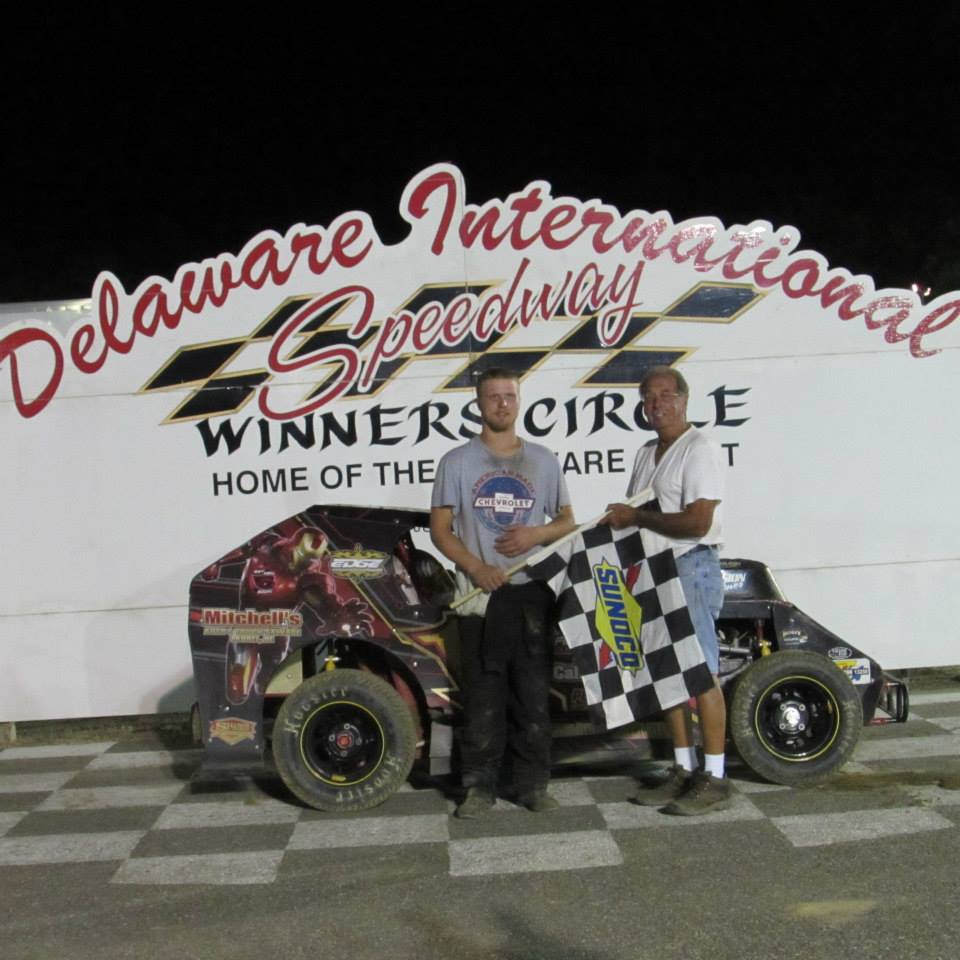 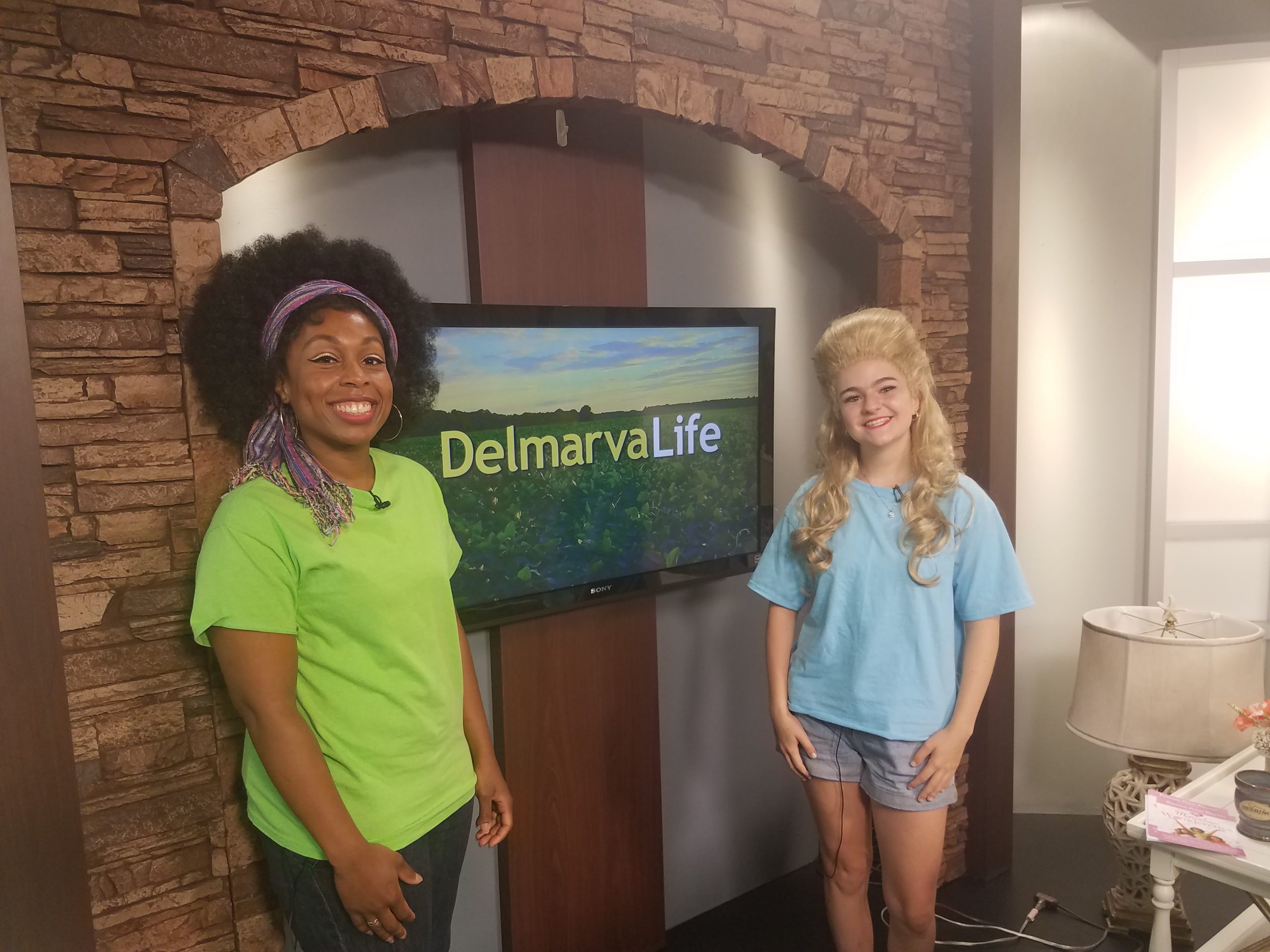 Today on DelmarvaLife – When it comes to trying to[...] 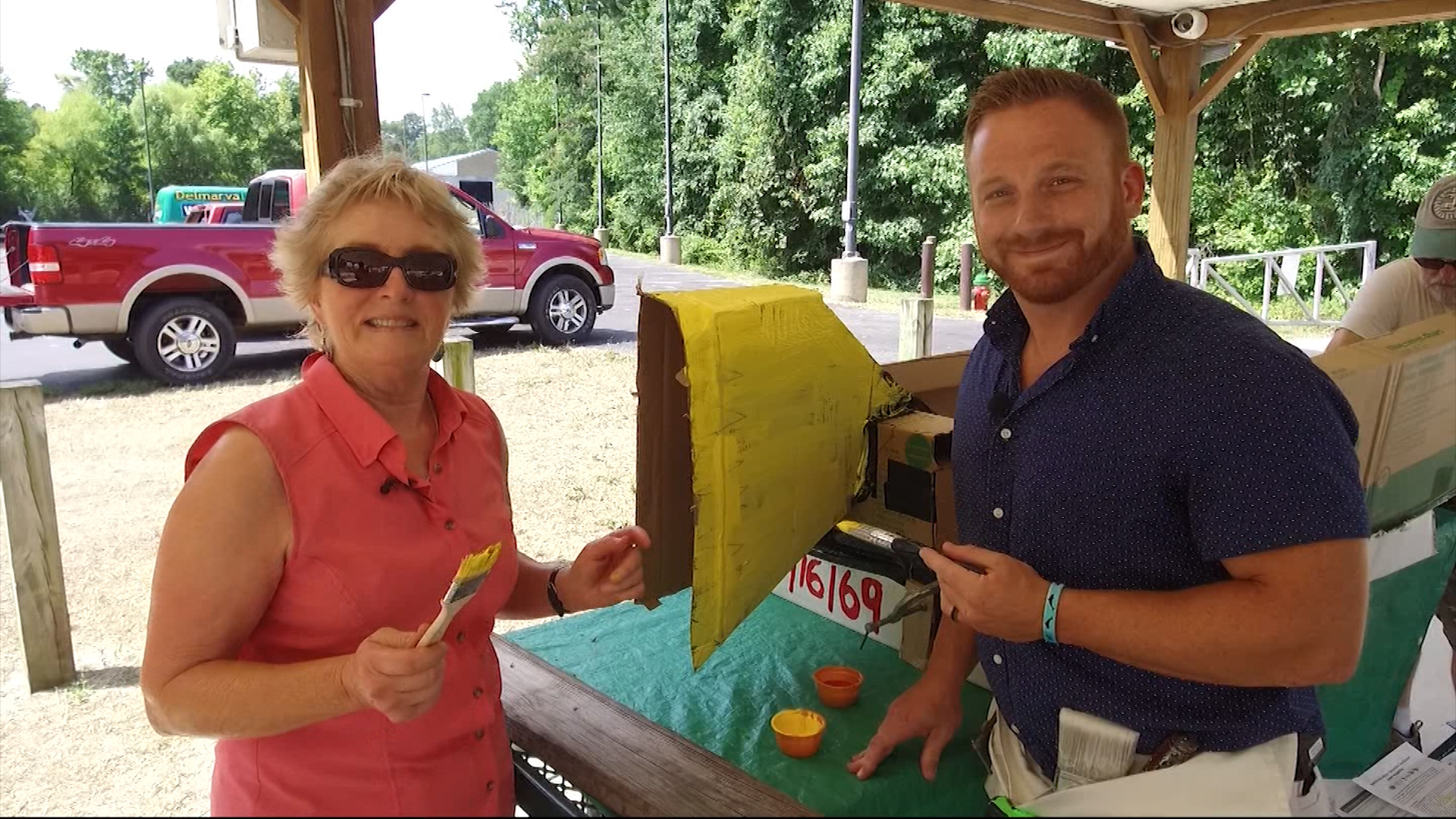 Corey Phoebus is once again at Blades Marina helping with the 6th Annual[...]