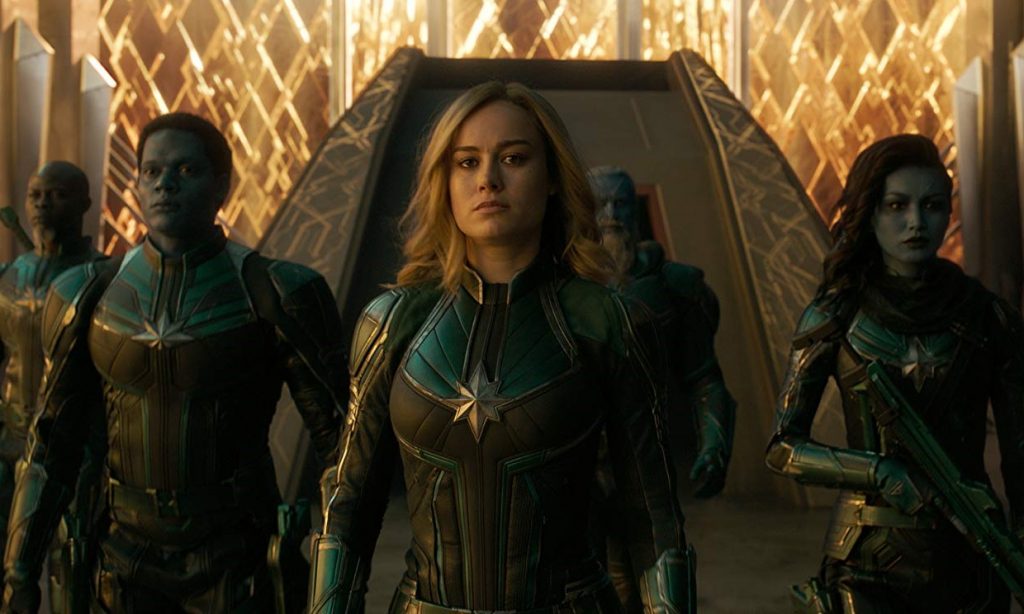 Last year, at the end of Avengers: Infinity War, an alien being from outer space named Thanos defeated the superheroes on Earth after he collected all the magical stones that gave him the power to kill half of all life in the universe. Half of all life wasn’t technically killed but disappeared after Thanos snapped his fingers. One of the people who disappeared was Nick Fury, the government agent who assembled the superheroes on Earth in the first place. Before Fury disappeared though, he activated a pager that sent a message to somebody. This movie explains who gave Fury that pager, where that person originated and what strengths that person has.

Brie Larson (Room and Short Term 12) stars as Carol Danvers, aka Vers, a woman who lives on an alien planet known as Hala, which is the home or main world of the Kree. The Kree are a race of aliens with blue skin that have a huge empire, consisting of other planets they’ve conquered. The Kree are mainly militaristic. Carol is a soldier in the Kree army. She has two issues though with her identity. She can’t remember anything about her life prior to six years ago and she also has this special power that she’s not supposed to use. Her special power is that she can shoot energy out of her hands and other parts of her body, allowing her to do all kinds of things like shield herself or even fly.

The Kree were referenced in Guardians of the Galaxy (2014). Ronan the Accuser, who is one of the military leaders of the Kree empire, is first seen in that film. Ronan is sent to help Thanos find one of the magical stones. The Kree have advanced technology and are capable of traveling long distances in space, but it wasn’t clear if the Kree had ever been to Earth before. If you watched the TV series Agents of S.H.I.E.L.D., then you would know that the Kree have been to Earth before. They’ve conducted experiments and have even found ways to hide among humans.

When a mission results in Carol crash landing on Earth, she starts getting clues as to the truth about the Kree experiments and who has been hiding there. She also gets clues to her identity and how she’s been involved. She begins to learn what happened to her prior to six years ago and from where her special powers really came. Essentially, this is an origin story with alien connections. It shares a little bit of the humor and tone of Guardians of the Galaxy or even the TV series, Agents of S.H.I.E.L.D.

However, as the film started and even as it ran into its third act, the main vibe that I got from this movie wasn’t Guardians of the Galaxy. The main vibe I got is that it felt like directors and co-writers Anna Boden and Ryan Fleck were doing a Star Trek episode. This isn’t a slight, given that Star Trek is one of my all-time favorite science-fiction properties. My criticism is that Boden and Fleck didn’t go far enough or didn’t lean into it enough. If anything, it leans more on the action comedy aspects than anything else, which is fine because it wants to be entertaining and a fun diversion before the heaviness to come.

This movie follows Avengers: Infinity War, which ended on a downer, that of half of all life disappearing or being killed. This film comes before Avengers: Endgame, which is going to pick up that thread. That thread will be an incredibly sad one as the superheroes deal with the grief of losing half the people in their lives.

I don’t blame the film for wanting to be a bit more upbeat and smile-inducing before this franchise wades into those mournful waters. In that, it succeeds. The action is peppy enough and the jokes are funny enough to keep this thing afloat and moving with great regularity. This is not uncommon for most of the past 20 movies in the MCU. Like Black Panther, I would say this one has a bit more weight to it in terms of dealing with serious issues that echo issues in American life right now.

Ben Mendelsohn (Ready Player One and Rogue One: A Star Wars Story) co-stars as Talos, an alien being from a race known as Skrull. The Skrulls are shape-shifters that can make themselves look like anything or anyone. He pretends to be a government agent, so that he can get information about what the Kree were experimenting and what secrets they have. What we come to know is that the Kree are in conflict and at war with the Skrull. Carol’s mission infiltrates Talos and his team, but Talos knows that Carol has information that could help him win the war or at least give the Skrull an advantage.

Like with Star Trek, this alien war is or can be used as a metaphor for real things facing the United States or in the real world. The Skrulls are seen as these villains or bad guys with whom the Kree are fighting. They’re certainly demonized in the eyes of the Kree, much in the same way that Muslims and Mexicans have been demonized in the United States, especially under President Donald Trump. Whether immigrants from Islamic countries or Latin ones are seen as a threat to our way of life or if they’re seen as a humanitarian crisis is a question that this film in part grapples with. It simply doesn’t do so enough for it to hit home like a Star Trek episode would.

Samuel L. Jackson (The Hateful Eight and Pulp Fiction) also co-stars as Nick Fury, the government agent who works for the organization known as S.H.I.E.L.D. He’s sent when Carol first crashes to Earth. He helps her to figure out who she is and how to stop the coming alien invasion. Nick teams up with Carol. They have a kind of buddy cop dynamic, not that dissimilar from the one Jackson had with Bruce Willis in Die Hard: With a Vengeance (1995). Jackson provides great one-liners as he normally does. He also gets some funny bits with a pet cat he picks up along the way. I would also say that Boden and Fleck make better use of him than M. Night Shyamalan recently did in Glass.

In a lot of ways, this movie is itself an origin story for Nick Fury. Much has been made of the fact that despite Jackson being 70-years-old, this movie is set in 1995, which means his character would be nearly 30 years younger than what he is at the end of Avengers: Infinity War. The visual effects team at Marvel Studios used de-aging tricks to make Jackson look 30 years younger. It’s a trick that’s been used in previous MCU films but never for this long. Jackson is on screen constantly throughout this film. Normally, de-aging would only be necessary for one scene. The de-aging here is for dozens upon dozens of scenes. Thankfully, it looks flawless.

The movie, however, spends more time luxuriating in this visual effect and running around with Jackson’s character than addressing the metaphor about bigotry and war that’s more dramatically interesting. The movie doesn’t totally lose in the dramatically interesting aspects. There is a bit of a female empowerment angle that’s played. There is a sequence that speaks more about female empowerment that’s more effective than simply seeing Carol fully embrace her super powers and do things like blast people or fly. The sequence consists of several normal girls being knocked down but then getting back up over and over. The sequence is way more effective emotionally than seeing Carol glowing like a light bulb or soaring like a rocket through space. 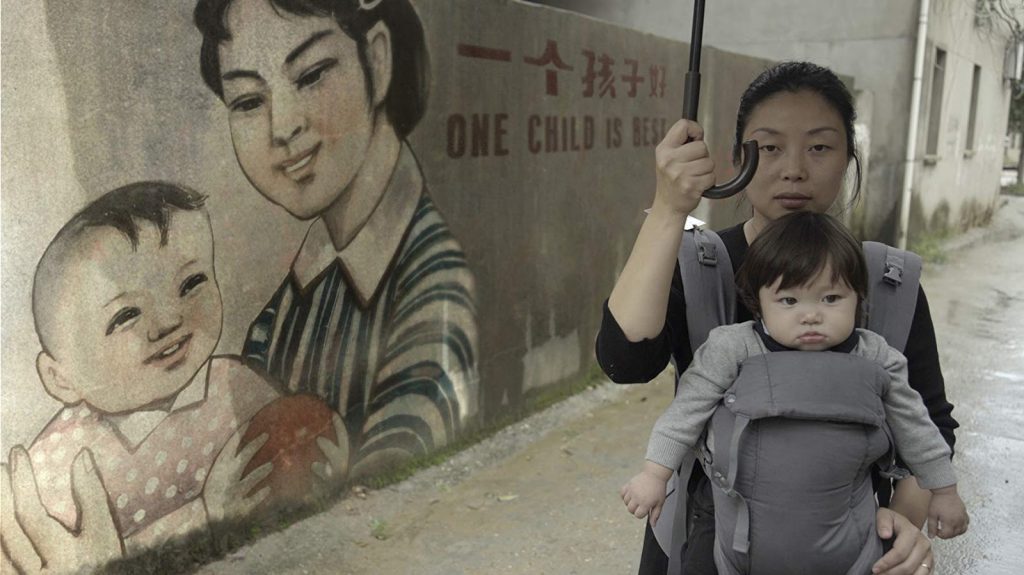 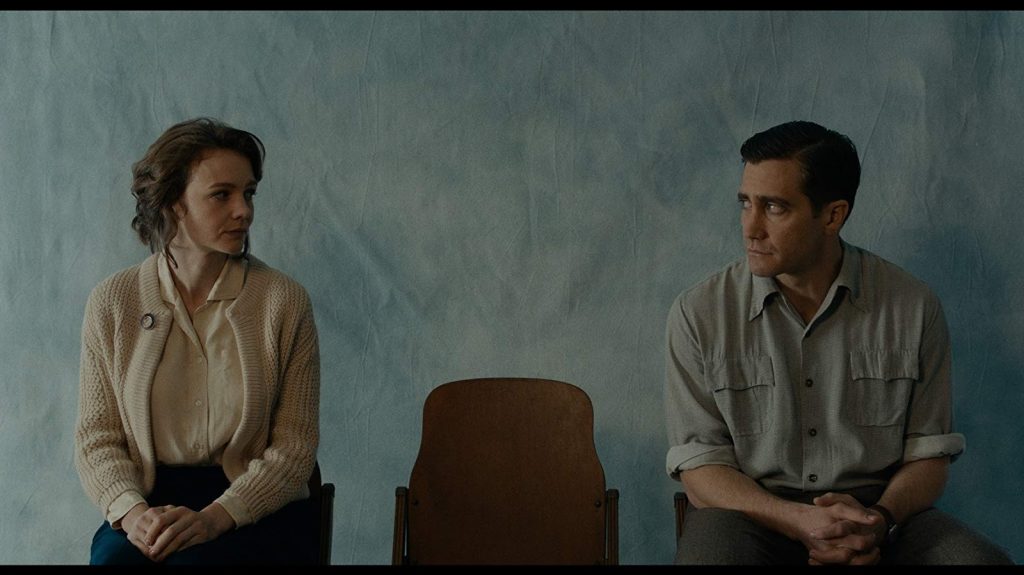