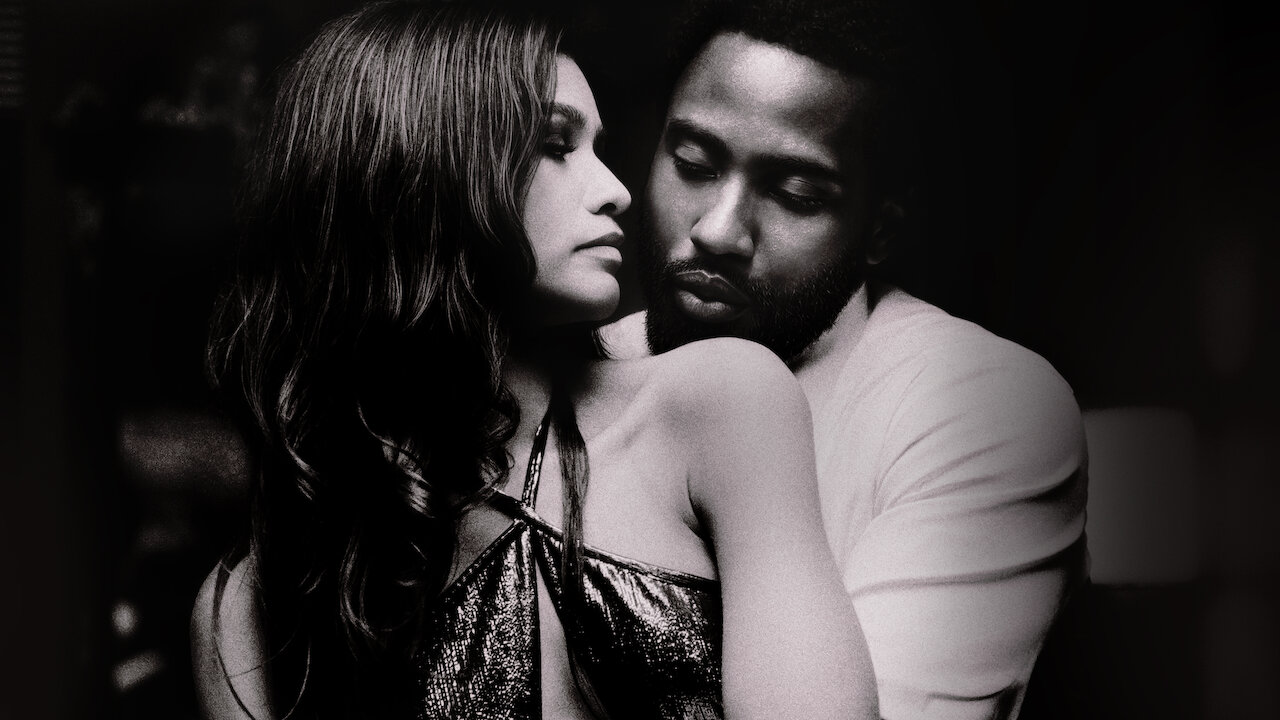 There have been so many films about Hollywood and filmmaking. Some of them can seem so navel gazing and self-indulgent. There have been so many films about filmmaking that there doesn’t seem to be anything new that can be said or done about it. One avenue that writer-director Sam Levinson (Euphoria and Assassination Nation) tries to explore is the idea of race and racism in filmmaking, which we really haven’t gotten since Hollywood Shuffle (1987). Yet, here, Levinson makes the whole thing less about the Hollywood industry and how it treats African-American filmmakers or creative talent and more about the critiques of said talent in newspaper articles. Ultimately though, Levinson makes it less about race and racism and more about how reflective in general a filmmaker’s work is to his own life or his own identity. Unfortunately, instead of it being an actual discussion or debate, this film feels like a vehicle for Levinson to vent either his anger or rage at one particular film critic instead of an honest or balanced conversation.

This film doesn’t do enough to inform us of what kind of film the titular character has created, at least in a way that we can judge for ourselves or have some basis for comparison. This is the second film from Netflix in a few months that is a film about Hollywood or a film about filmmaking done in black-and-white. The previous is David Fincher’s Mank (2020). That film has to its benefit a foreknowledge that most people will have, which is being familiar with the film-within-the-film, that of Citizen Kane (1941). Levinson’s film doesn’t have the benefit of that foreknowledge. People can have that foreknowledge because Citizen Kane is an actual title. Fincher’s piece is about a real film that was made. Levinson’s is about a fake film or a totally fictional one, so any knowledge about it would have to be built within Levinson’s film.

John David Washington (Tenet and BlackKklansman) stars as Malcolm Elliot, an African-American writer-director who is spending the night with his girlfriend in a rental home where they’ve been staying in Los Angeles for the premiere of his film. Malcolm is happy at first because he’s proud of his work and the reception at the premiere seems to have been a positive one or at least people there were happy with what he put on screen. His focus though is on one particular film critic there, an unnamed white woman. It’s late in the night, but it feels like he’s waiting up for that critic to post her review online.

Malcolm doesn’t seem to like this critic because she wrote a negative review of his last film. Yet, it appears to him that she’ll write a positive one this time. He complains about her so much, but when her review of his film is posted online, he’s desperate to read it. When he does read it, it’s meant to give us an idea of what his film was about or at least what this one critic’s opinion is, but, since Malcolm disputes almost every line of what she writes, in order to have a basis of comparison, we would need a more objective look or description of his work, which we don’t really get. Showing us a clip of his film would have sufficed, but the structure of this film doesn’t allow that. It’s tantamount to making a film about a singer and never hearing that person sing. It’s tantamount to making a film about a painter and never seeing any of that person’s paintings.

Zendaya (Spider-Man: Far From Home and The Greatest Showman) stars as Marie, the girlfriend of Malcolm. She gets upset because during Malcolm’s speech at the premiere, he didn’t thank her for what she feels is her contribution to his film. She argues that the film wouldn’t have been any good without her because she believes that the film is based on her life. She’s a Black woman, light-skin and skinny who is a recovering drug addict after being a failed actress who attempted suicide. Allegedly, that’s exactly what Malcolm’s film is about. When Malcolm goes on his angered rants, she’s there to check him and be a counter-balance, sometimes in brutal fashion, especially after he verbally attacks her in brutal fashion, making this film more akin to Who’s Afraid of Virginia Woolf? (1966).

The film leans more on Malcolm’s attacks against this unnamed film critic, but that aspect doesn’t work because we have no real clue what kind of filmmaker he is. He wants to see himself as the next Spike Lee or Barry Jenkins whom he names, but without a basis of comparison, a rather objective one. It’s difficult to engage or care about his perception of himself or even others’ perceptions of him. The film pivots and leans more on Marie’s frustration and annoyance at Malcolm’s cockiness about his artistry, as well as his cockiness in other areas. Seeing her relationship with him devolve and disintegrate over the reception of this film about her by him is somewhat compelling.

However, in terms of a struggle between a director and an actress who are romantically involved, there’s nothing here that wasn’t better done in something like FX’s Fosse/Verdon (2019). In terms of a film about a Black director making or having made a film about a woman he loves, I was more compelled by Christopher Scott Cherot’s Hav Plenty (1998). In terms of a film about a Black couple discussing and debating things for the whole time, Barry Jenkins’ Medicine for Melancholy (2009) does a better job of being about something more substantial and not so navel gazing or up his own butt like Levinson is here.

A big talking point in this film is the criticism of film criticism. Malcolm is upset because he feels that because he’s a Black filmmaker that a lot of the criticism about his work makes his work all about race. His suggestion is that White critics look at the work of Black filmmakers with a certain lens that limits Black filmmakers to a certain box of only being able to make political films about being Black and discriminated against and not able to make commercial films about broader topics. Levinson is somewhat hypocritical because in this film Malcolm himself is working on an Angela Davis film and not the Lego movie that he claims Black filmmakers should be able to make. Malcolm also makes this assertion painting White critics into a box as well, painting them as elitist and out of touch, which is a rather right-wing or Republican talking-point about the mainstream media and journalists for major newspapers. However, if one examines the evidence and the greater context, his argument isn’t totally logical nor make total sense.

Even if you take the examples he throws out like Spike Lee and John Singleton. Both have made commercial films that haven’t been viewed through that lens , at least not to my knowledge. Singleton directed 2 Fast 2 Furious (2003). Spike Lee directed Inside Man (2006). Both those films weren’t viewed through that lens. Inside Man starred Denzel Washington, the father to John David Washington. Another film starring Denzel Washington was Antoine Fuqua’s Training Day (2001). Fuqua’s film and probably all his subsequent films weren’t viewed through that lens. There have been other Black filmmakers like Tim Story and Deon Taylor whose films haven’t been viewed through that lens either. There is a discussion to be had about how Black filmmakers are limited at times, but I think that that discussion should be aimed more at the Hollywood gatekeepers and what they decide their resources go toward.

Marie makes an argument about Malcolm stealing from her life in order to make his film. It’s a gross oversimplification of what all storytellers do. All filmmakers pull from things they see and experience. To accuse him of stealing is perverted. She calls him a parakeet, which is true of most storytellers who aren’t telling autobiographical stories. She says Spike Lee and Barry Jenkins had something new and original to say in their works. Both Lee and Jenkins would probably argue that they were parakeets about certain things in their movies. Lee’s first film was She’s Gotta Have It (1986), which is about a Black woman. Lee isn’t a Black woman, so unless the whole thing is just a gender-swapped version of something he experienced, then Marie’s argument is off. The same for Jenkins’ Moonlight (2016), which is about a boy questioning his sexuality and his drug-addicted mother. Jenkins is neither questioning his sexuality nor a drug-addicted mother, so again Marie’s argument is baseless.

Malcolm’s rant about half-way through after he reads the film review about his film takes up the most oxygen. The thing that it does that recently Kenya Barris’ BlackAF (2020) did is talk about film criticism without including the perspective of a film critic, actual or otherwise. Even Alejandro Iñárritu’s Birdman (2014) and M. Night Shyamalan’s Lady in the Water (2006) had the audacity to include a critic character in their films and give those critic characters dialogue. What Levinson does here with Malcolm’s reading of the review and following rant is set up a straw man that isn’t a full examination of what critics do or what even this one particular critic does or thinks or feels. It’s also ironic that Malcolm is upset because he thinks that critics can’t ascribe intentions to certain film choices or intentions that are ascribed based on identity like race and gender are impossible, which is an interesting point that he hypocritically does to the critic herself.

In terms of the performances, Washington felt like he was channeling his father Denzel more than I’ve ever seen him do so but not in a good way. His voice and mannerisms seem like a clone for his father. The loud, big and bold acting choices felt like imitation of his father. Levinson does have some good choices in terms of its cinematography. A lot of shots here are interesting or striking, but John David Washington’s performance mostly drowns it out. 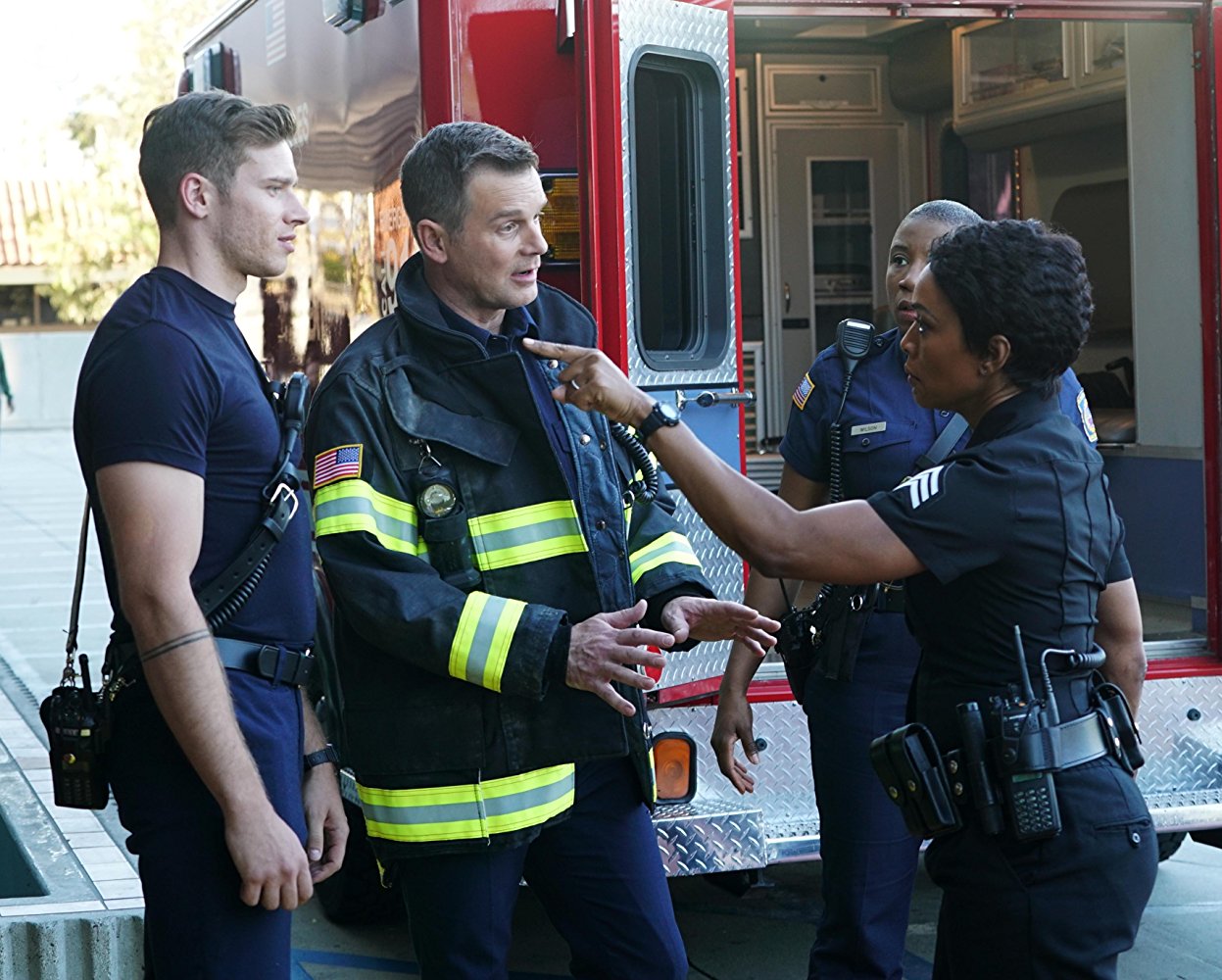 Ryan Murphy is one of the most successful, TV[...] 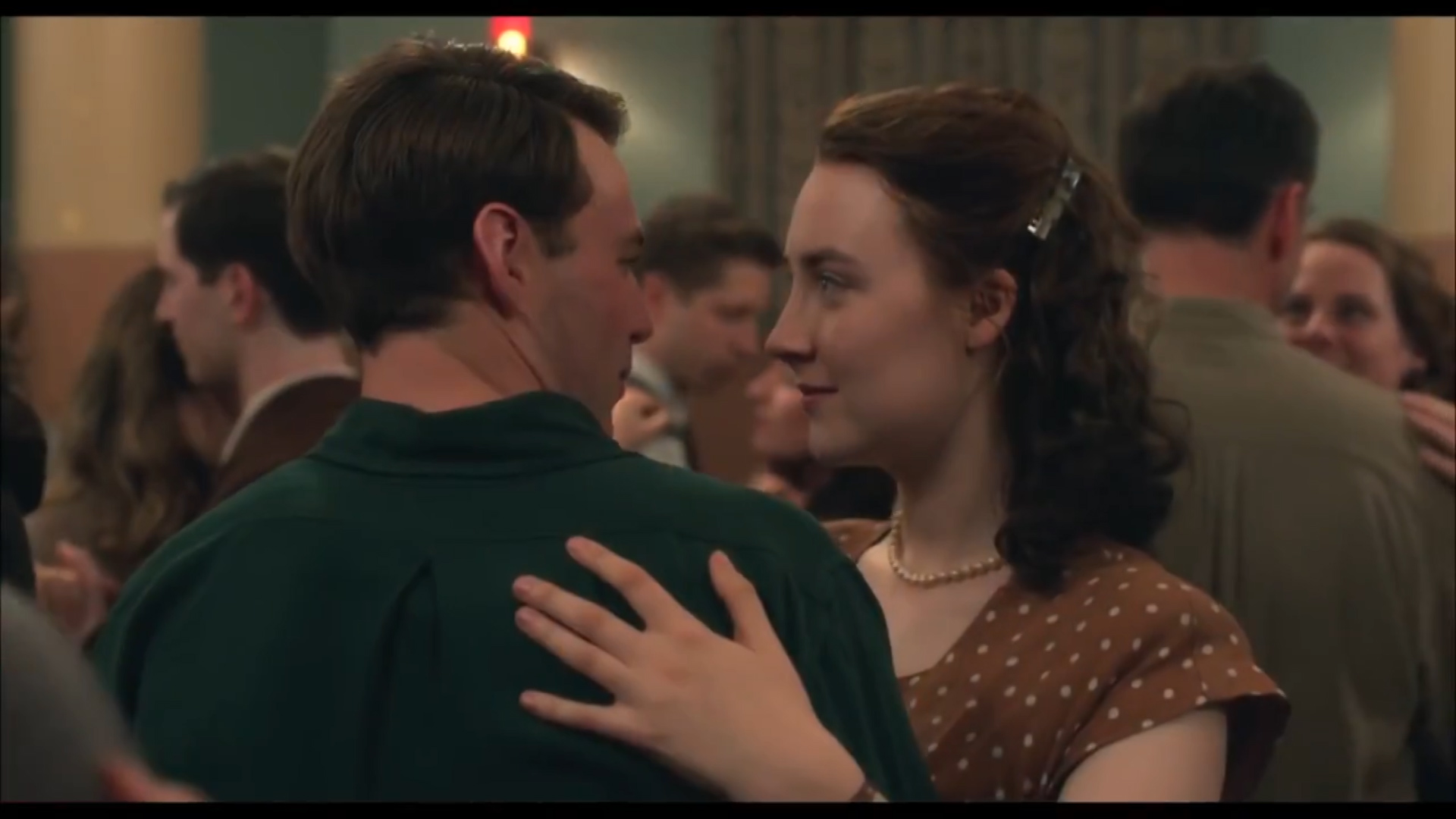 Saoirse Ronan was nominated for an Academy Award at the[...] 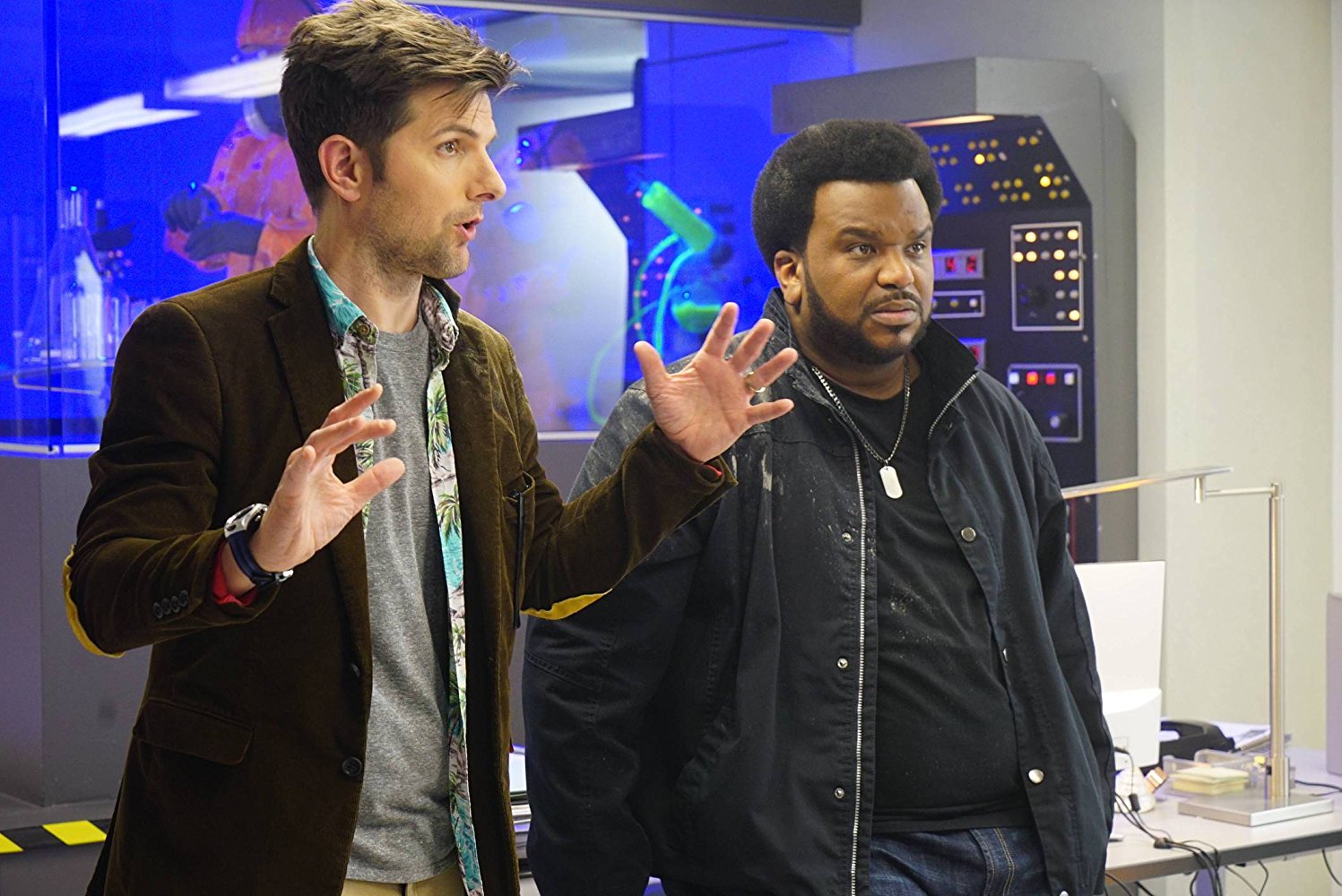