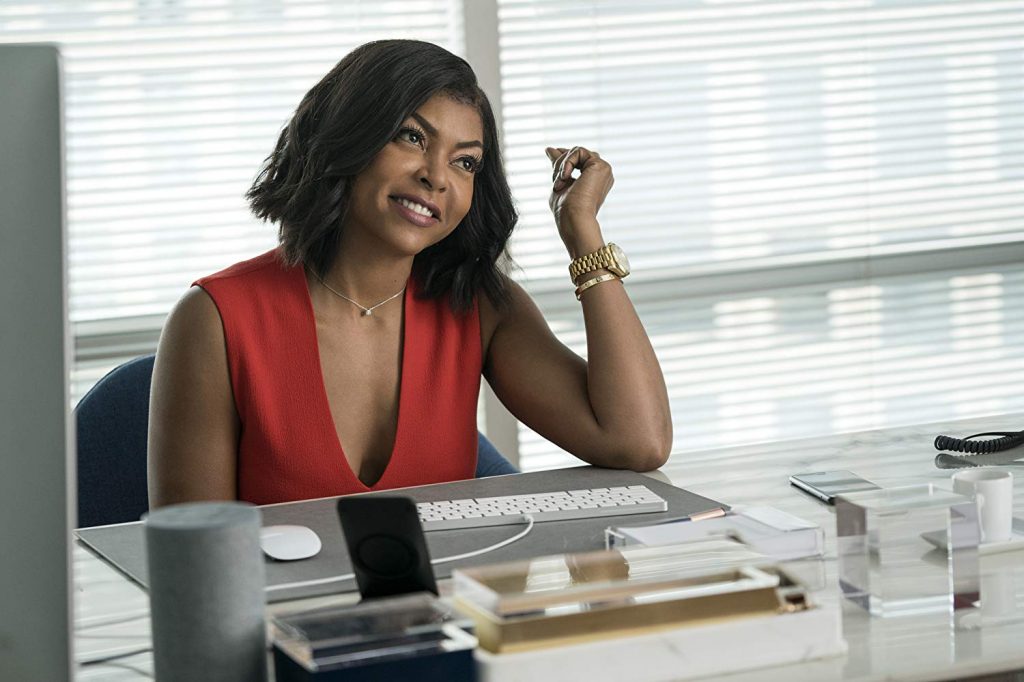 What Women Want (2000) was a hit when it was released nearly two decades ago. It was in fact the number one movie going into the holidays and pulled in a lot of money for Paramount Pictures. It was the number five movie of that year and still stands as the number two romantic-comedy in U.S. history, according to Box Office Mojo. A Chinese remake came out in 2011, which preceded talks of a gender-swapped, American version that’s been discussed for the better part of a decade. Now, that version finally makes it to the big-screen, which is not only gender-swapped. It’s also racially swapped. Unfortunately, this movie, co-written by Tina Gordon and directed by Adam Shankman, doesn’t take full advantage or any advantage of that gender or racial swap to say or do anything insightful. The original film didn’t do any better, but one would hope for some improvement here.

Taraji P. Henson (Hidden Figures and Think Like a Man) stars as Ali Davis, a sports agent in Atlanta, Georgia, working at a large, wealthy agency. She’s pretty successful with her own office and assistant. Yet, she’s not a partner at the agency and she wants to be. Partnerships are being offered to men at the agency, but she’s being overlooked. The reason she’s told is because she doesn’t have a male client who is in the Big Three, which is either professional baseball, football or basketball.

There is truth to that. Ali represents athletes in various sports, but her main client is a female basketball player. According to an article in USA Today, there were 21 women agents who had clients signed to a NFL contract, as of 2017. Women were only five-percent of all the agents, certified by the NFLPA. I didn’t gather how many women were certified by the National Basketball Players Association, but, at last check, there weren’t 21 but instead only 1 woman who solely represented an active player in the NBA.

The reason why women don’t represent men in the Big Three are various, but one reason discussed in several articles is the sexism or sheer discrimination from fellow male agents. This movie does lean into this sexism and discrimination, but it doesn’t do so enough or to a satisfying degree. The movie doesn’t really provide scenes where we see Ali really being held back, specifically because she is a woman that simply couldn’t be a matter of circumstance.

The one, main example of sexism is Ali not being invited to a poker game where a lot of the male agents gather, presumably to talk business and conduct deals. However, it’s never clear, if she’s not invited because she’s a woman or just because of a clash of personalities. Henson’s performance is a bit animated and over-exaggerated in a way that no one else is. It makes her character’s personality a bit over-exaggerated. While it might seem like she’s the only female agent there, she might not be. Without any scenes where we see other women not being invited to that poker game, it’s a bit unsure if her gender is the exact reason for her lack of invitation or if it’s her exaggerated personality.

Tracy Morgan (The Last O.G. and 30 Rock) co-stars as Joe Barry, the father of a basketball player who is believed to be a first-round, NBA draft pick. He’s a loud-mouth and a very domineering father who is basically managing his son’s career. He could be compared to someone like LaVar Ball. He has to decide whether or not he’s going to sign with Ali’s agency and with Ali specifically as his son’s agent. His actions could be considered sexist, but he’s just trying to get the best for his son. Those actions occasionally mean having to butt heads with Ali and her female clients. While gender might be a factor for him, it’s not necessarily the primary motivation. In fact, it could come down to personality because at one point, Joe calls out Ali for not being a “family” person. In this case, it’s meant to be a sleight against her for not having a spouse and child, but it’s never clear that the men at her agency have spouses or children, so this issue against her makes no sense as a sexist argument. It could be considered insulting, but he’s not wanting her to be something that he isn’t. He wants her to be the same as him when it comes to family.

It prompts what becomes the film’s plot after the first hour. That plot is that in order to get Joe to sign his son to her agency, Ali has to pretend to have a family, meaning a husband and son of her own. Yet, Ali who is probably in her 40’s doesn’t have a husband or child. She’s a woman who decided to focus on her career and not having a family. Instead of digging into this choice and exploring it as an issue that many women face, this film merely uses it as a gimmick to mine awkward and frankly dumb, comedic scenes because the trick is that the man and child she finds to be her family don’t know that she’s using them in that way.

Aldis Hodge (Hidden Figures and Straight Outta Compton) also co-stars as Will, a bartender who is saving up to start his own business and who is also a single father of a 5-year-old named Ben. After Ali hooks up with Will in a drunken one-night-stand, she thinks she can use him. In a move akin to Bowfinger (1999), Ali invites Will and Ben to events with Joe and pretends that Will is her husband and Ben is her son without ever telling Will or Ben what she’s doing. It’s ridiculously dumb, which might not be a bad thing if it’s funny. It’s not funny though. It only makes Ali seem more like a maniac.

This plot though is on top of a premise that’s also a bit ridiculous. As in the original 2000 film, Ali somehow gains the power to read the minds of people of the opposite gender but only the opposite gender. She’s a woman, so she gains the power to read the minds of men, or rather hear their inner thoughts. Hearing these thoughts don’t reveal anything insightful or even particular to men. All it is are just random asides that are mainly just raunchy or really random.

I suppose there is a central thesis that Ali believes men only want or think about getting paid or getting laid. This film is meant to perhaps refute that stereotype, which it does to some extent. It refutes that through the relationship between Ali and Will, but the romance between them really is such an afterthought. Will is too sanctified to be interesting beyond his raw sex appeal.

Sadly, the movie never really utilizes this premise to mine any real depths. It has the opportunity to do so, but the movie drops the ball, as it were. For example, Ali has an assistant named Brandon, played by Josh Brener (Silicon Valley). Brandon is gay but he’s not so in a stereotypical way. He knows a lot about sports for example. It’s revealed that an agent named Danny, played by Pete Davidson (Saturday Night Live), is also gay and has feelings for Brandon but won’t come out the closet. Instead of going into the heads of these men and the men around them to try to understand the homophobia in the sports world that may or may not exist, the movie bypasses it.

The film isn’t totally devoid of humor. The first sex scene between Ali and Will is actually pretty hilarious. Wendi McLendon-Covey (The Goldbergs and Reno 911) is a total scene-stealer with gut-busting one-liners. Erykah Badu plays a Haitian and weed-selling psychic named Sister who gets some great, comical moments. Kellan Lutz (Immortals and The Legend of Hercules) plays a nameless neighbor called “Captain F***tastic” and he gets a funny moment, but instead of exploring Lutz’s bit further, the movie literally runs away from it. 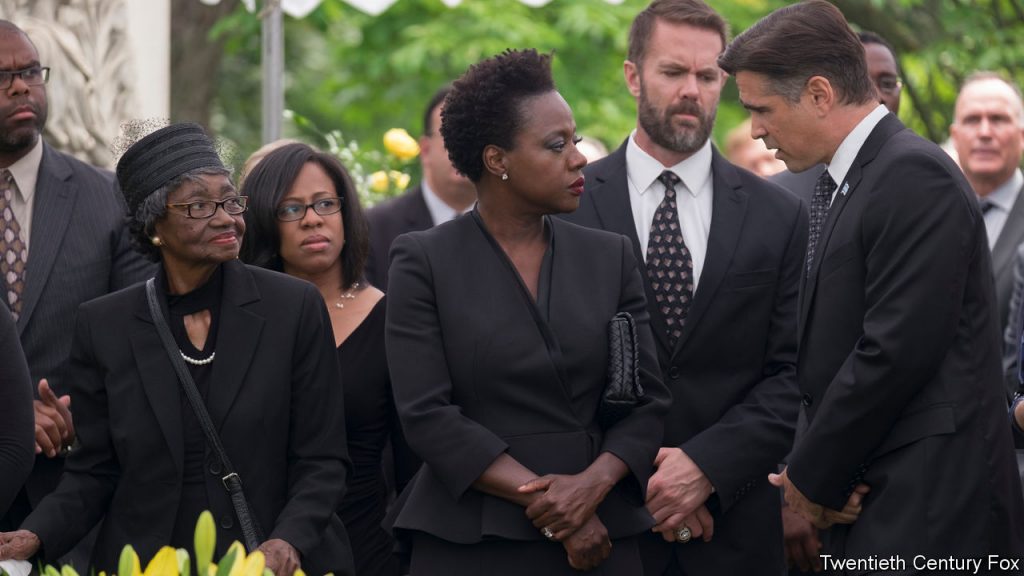 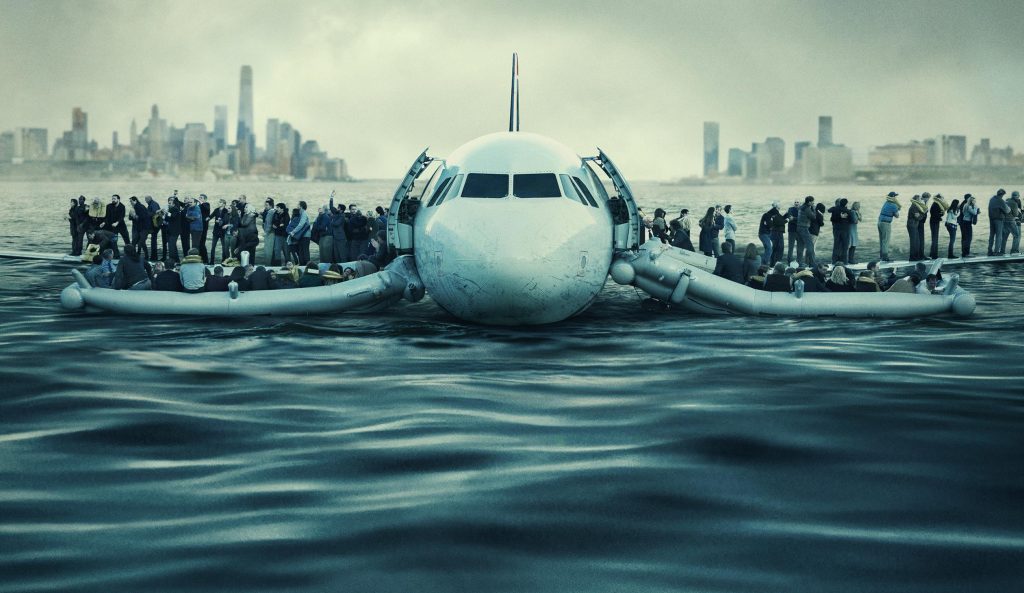 There is a moment in this film where Captain[...] 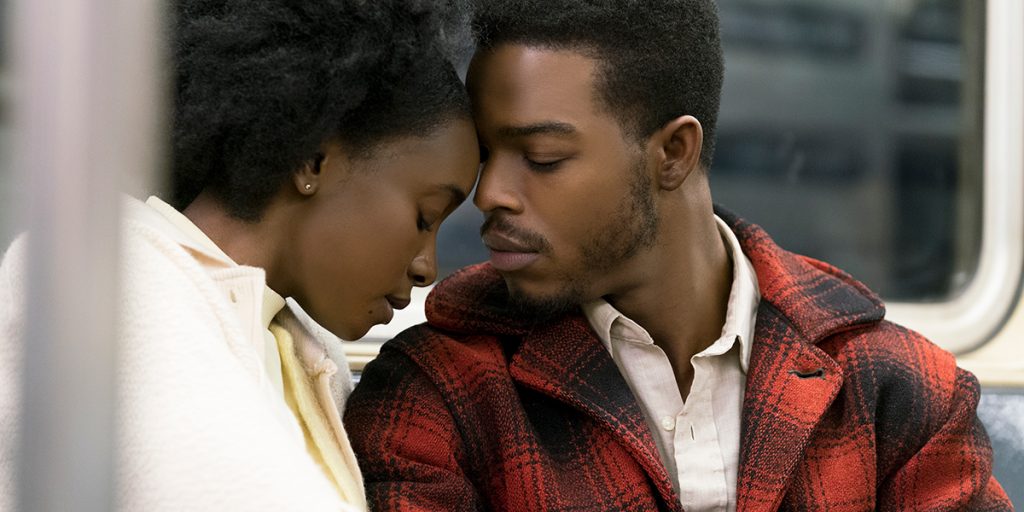