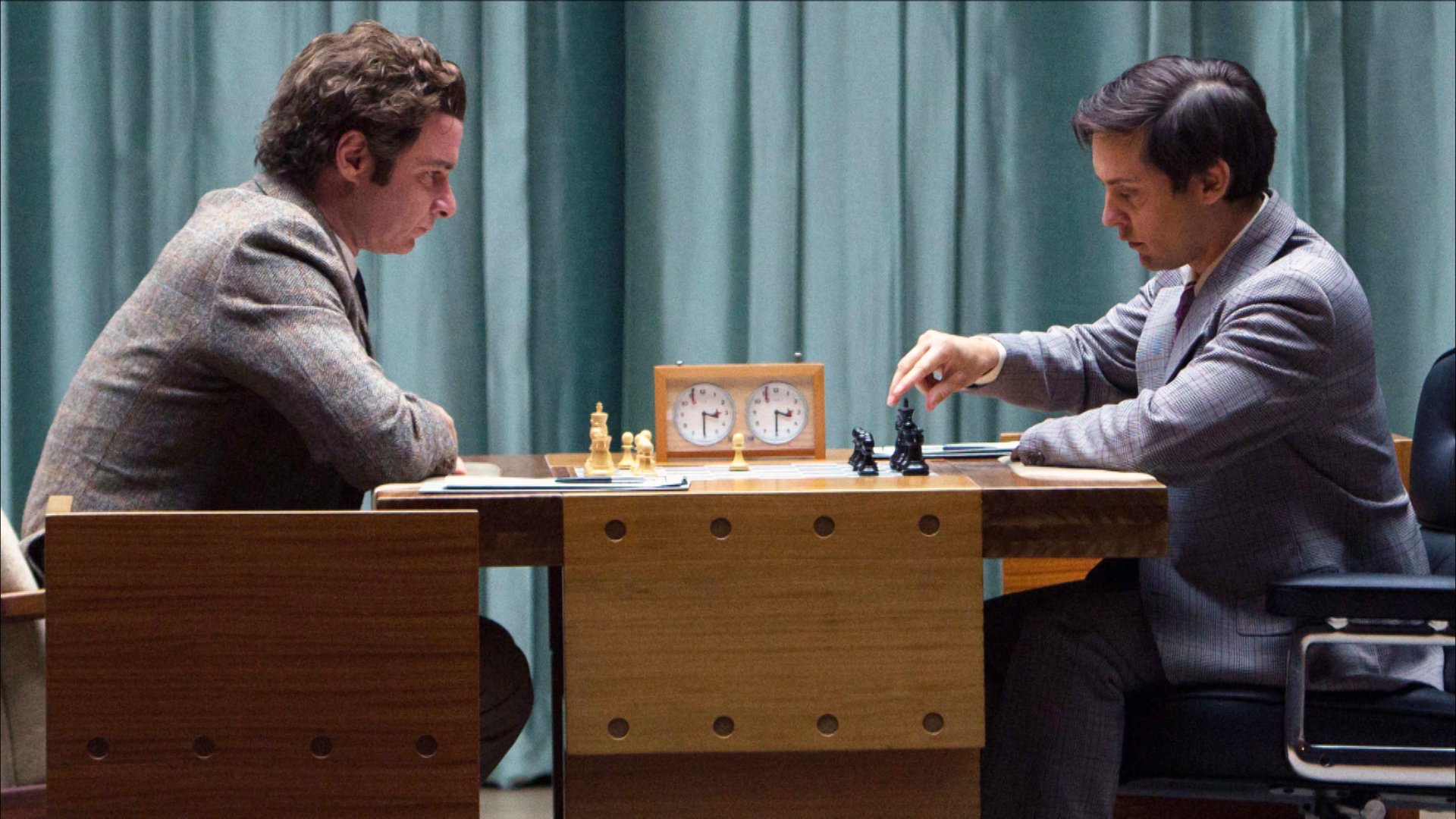 The adaptation of the book Touched With Fire equates bipolar disorder or manic depressive with artistic or mental brilliance, almost as if the mental illness feeds genius in a lot, if not all notable geniuses. A lot of films have made that bargain or argument explicitly or not. This film could be put in that same category. The genius in question is Bobby Fischer, a chess prodigy who became a world champion in the game but who also reportedly suffered from mental problems.

Tobey Maguire (Pleasantville and Spider-Man) stars as Bobby Fischer at the height of his fame in the 1960’s when he became a world champion after taking on the renowned, Russian chess player, Boris Spassky, played by Liev Schreiber (X-Men Origins: Wolverine and Salt). Most of the latter part of the film is the two men sitting opposite each other with a chess board between them.

It perhaps helps that one is familiar with chess because this movie really doesn’t do much to make us understand how chess is played or what the moves mean. One can tell by the expressions or body language of the actors. One can also tell by the music cues. Yet, that’s not necessarily enough.

Bobby became a huge star who was featured on television, which was an extremely big deal in the 60’s. He was on magazines. He was always mobbed by crowds and the press anywhere he went. He was compared to Muhammad Ali, which was fair due to similarities in personality and perception.

Bobby was very cocky. He was allowed to be cocky based on his talent and ability, as well as a successful, track record, but his cockiness and arrogance were on display even as a young child. His dedication or stubbornness was also very much demonstrated. He later acted like a rock star, a demanding diva. His expressions of this both privately and publicly were akin to Ali’s expressions.

However, boxing is a very different sport than chess, although arguably it isn’t a sport. Despite director Edward Zwick giving us shots of a shirtless Schreiber who is big, buff, hirsute and very muscular, having bulging pectorals won’t help in game play here. Boxing is easier to understand. One person with a body like Schreiber hits another until that other falls down. Chess is a bit, non-dependent on brute force and more on sheer intelligence.

Zwick, working from a screenplay by Oscar-nominated writer Steven Knight (Dirty Pretty Things), briefly makes attempts to relate chess. He in fact takes a tact from Ron Howard’s A Beautiful Mind with floating text, graphics and animations over the chess board to give some idea of how Bobby’s mind operates, or what he sees. For those who do know chess, the shots of the chess board don’t linger long enough.

Peter Sarsgaard (Shattered Glass and Kinsey) co-stars as  Father Bill Lombardy, a former chess player-turned-priest who offers not a running commentary on the chess game but an occasional one. This is helpful, but at times feels like more of a clunky device.

If this movie is recognized for anything, it will most likely be for Maguire’s performance, although Schreiber who Zwick directed in Defiance is probably more engaging. Bobby’s increasing paranoia and delusions are aided and accentuated more by Zwick’s direction and his editing team, more than by Maguire’s acting. In a sequence that mirrors one in the recent Love & Mercy, Bobby’s delusions are conveyed through a montage of typically background or ambient sounds amplified. Bobby notoriously preferred absolute silence, but Paul Dano expressed more anxiety and agitation in his face than Maguire when reacting to the noises.

Maguire co-starred with his friend Leonardo DiCaprio in the adaptation The Great Gatsby, but, when it comes to portraying a genius or an ambitious man in one endeavor who is then consumed with madness, DiCaprio in The Aviator also bests Maguire here. Yet, Maguire has a revealing scene on the phone with Bobby’s sister.

The film in large part pits Bobby’s mental illness against how his celebrity was used to build morale for the country in light of demoralizing issues at the time, including the problems with Nixon, i.e. China, Watergate and Vietnam. Zwick infuses actual documentary footage or what looks like it to relate Bobby’s importance in that regard. It’s just never truly related how important chess actually was. Chess seemed like a big thing, but was it? 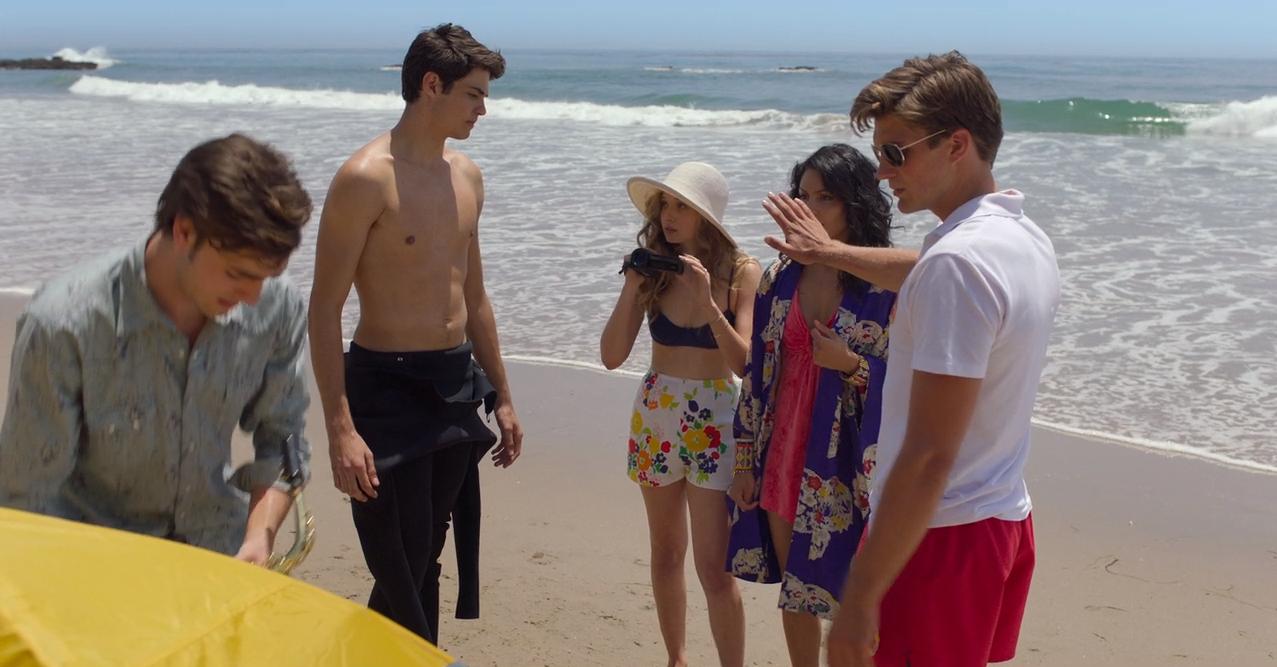 All things watermelon are happening in Dorchester County and you[...] 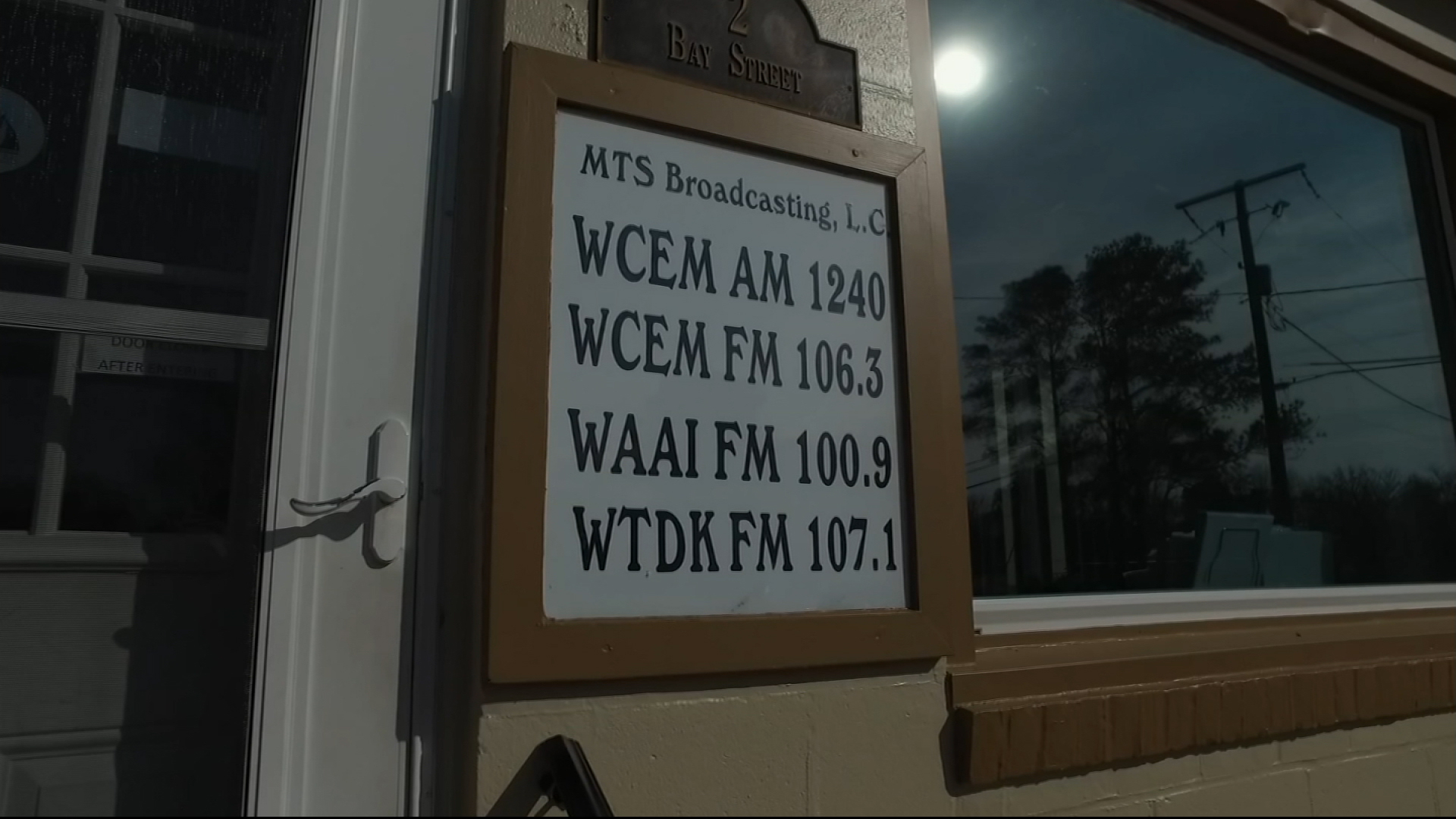 The recent acquisition of MTS Broadcasting in Cambridge made[...]