Movie Review – See You Then – DelmarvaLife 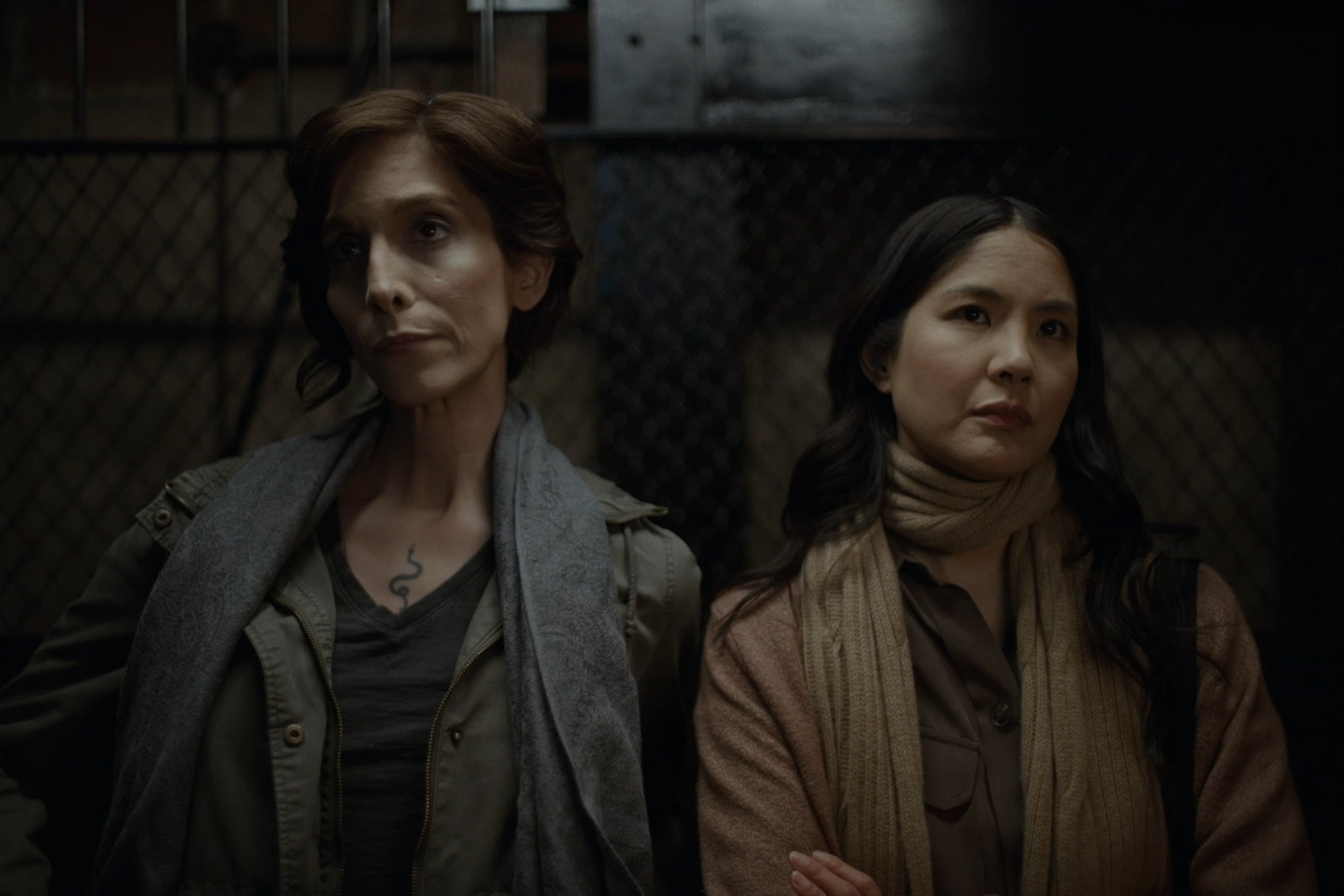 Movie Review – See You Then

This is the feature debut of Mari Walker. She’s worked mainly as an editor, but she has directed short films previous to this. One of which was Swim (2017), which was about a transgender teenager discovering and secretly exploring their gender identity. This film also centers around a transgender person, only this time the person is a fully-grown adult, possibly in their 40’s. Thematically, this film is the opposite of Swim, but it could also be seen as a spiritual sequel to Swim. Instead of the theme of discovery and exploring one’s gender identity, this film has the theme of looking back at one’s choices. It’s about regret. It’s about replacement. Similarly though to Walker’s short film, it’s about re-discovery and reminding oneself of what you really want.

Pooya Mohseni stars as Kris Ahadi, a transgender woman, living in Phoenix, Arizona. She works for a tech company. She seemingly focuses on cyber security, but she’s currently visiting Los Angeles because she wants to see and talk to her ex-girlfriend. Kris broke up with her ex-girlfriend 13 years ago. She wants to apologize and hopefully be friends with her ex. There’s a wrinkle in that Kris broke up with her ex before she transitioned and Kris never told her ex the reason why. Basically, Kris never came out as trans to her ex. 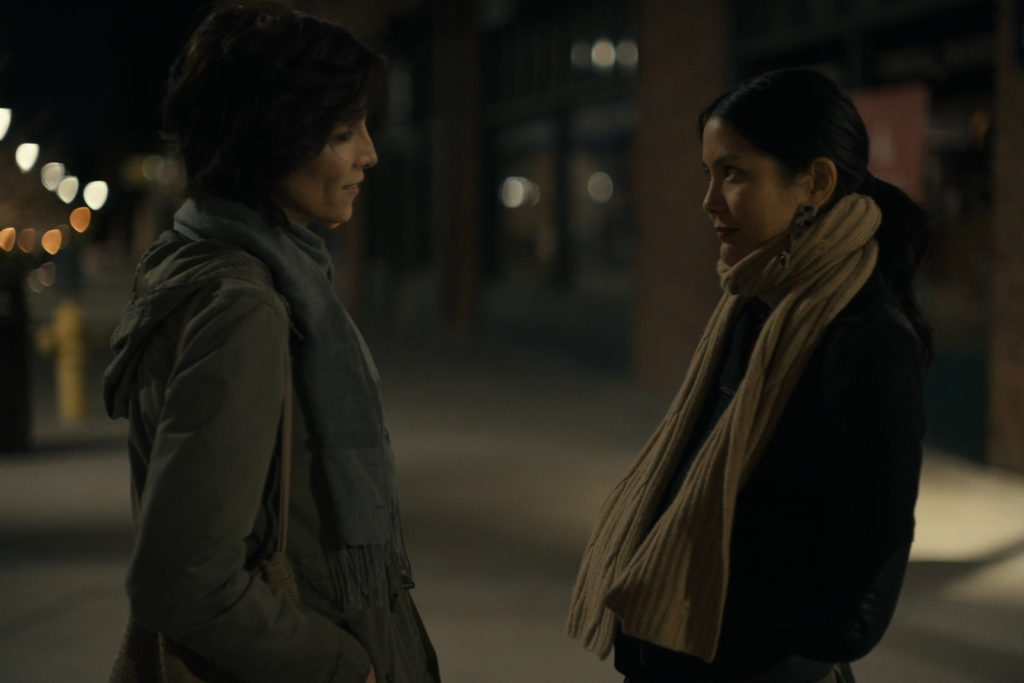 Lynn Chen (Grey’s Anatomy and Shameless) also stars as Naomi Liu, the ex-girlfriend to Kris. She still lives in Los Angeles. She works as a college professor. She’s also a performance artist, or at least she used to be. She stopped for various reasons. She’s currently married to a man and has a son who looks like he’s 5 or 6. She now knows that Kris is trans, but hasn’t seen Kris since they broke up, since Kris was still presenting as a man. Naomi hasn’t seen or talked to her since the transition. She meets with Kris to have a little dinner in order to catch up over the past 13 years.

The structure of the film mimics Richard Linklater’s Before Sunrise (1995). That film though is more about two people meeting each other for the first time. Substance-wise, Walker’s film more mimics Linklater’s later sequel Before Midnight (2013). Yes, there are moments or scenes where Kris and Naomi encounter other people, but essentially the film is two people having one long conversation, deconstructing their relationship and even the aftermath of which. 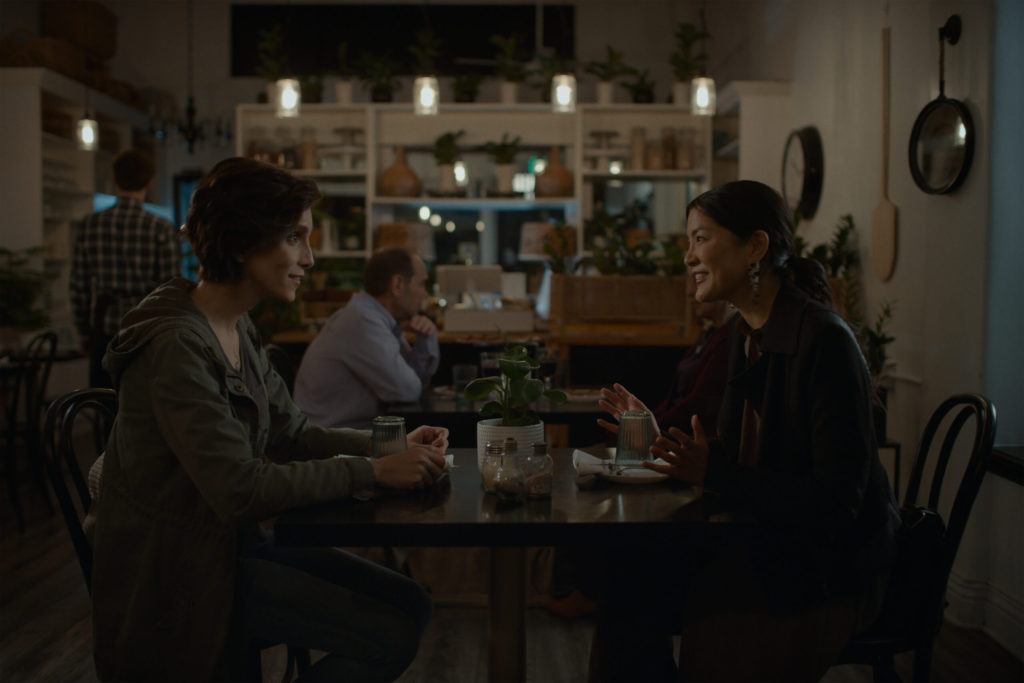 There have been numerous films that have patterned themselves after that Linklater classic. Many of them have centered around heterosexual couples, such as Chris Hansen’s Where We Started (2014). There have been only a handful or even less than a handful that have centered around LGBTQ couples or relationships. Brandon Krajewski’s Stone Fruit (2021) is a recent example, which is particularly relevant because it’s about a same-sex couple deconstructing what went wrong and why they broke up. Krajewski’s film is about a same-sex male couple. Walker instead has a same-sex female couple and includes a transgender woman within it.

Walker’s film thus allows for us to hear a trans woman’s perspective and her experiences. A lot of the experiences revolve around dating, when to tell people you’re trans and how, as well as the issue of parenthood. Kris brings up the issue for a trans woman having biological children and the hurdles to that. This film raises issues that most might not consider or thought of. The writing here is solid in that way. Walker’s direction complements the writing but none more than in the climactic scene toward the end that plays with the lighting and color scheme in a very impactful fashion. The lighting might seem as though one were in a LGBTQ nightclub with a rainbow of colors cycling one at a time but instead of being celebratory, it’s a piercing moment of truth between the two women. 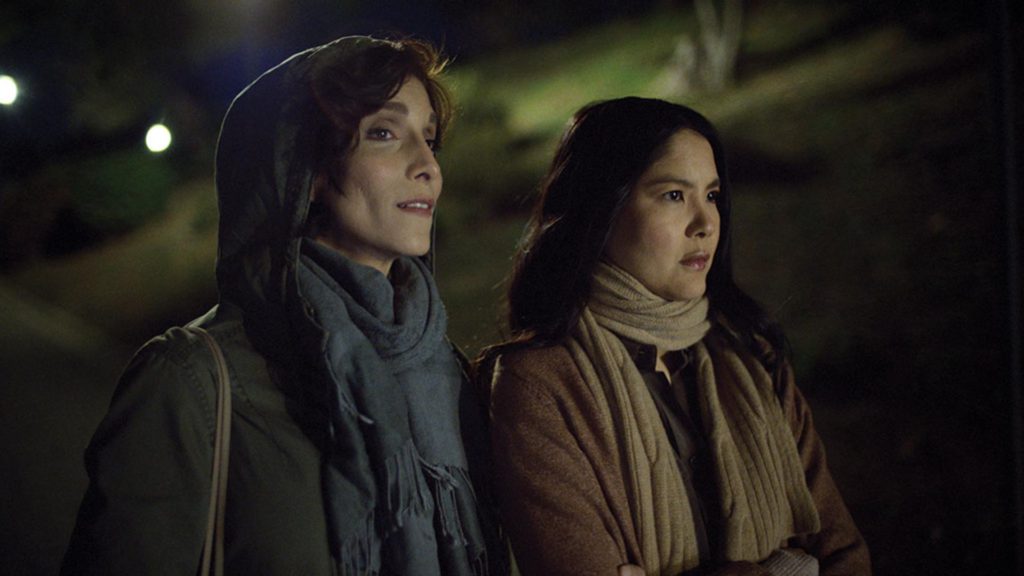 Not Rated but for mature audiences.
Running Time: 1 hr. and 14 mins.

In select theaters, including the Laemmle Glendale.
Available on DVD / VOD on April 19.

For more, go to https://www.seeyouthenfilm.com/. 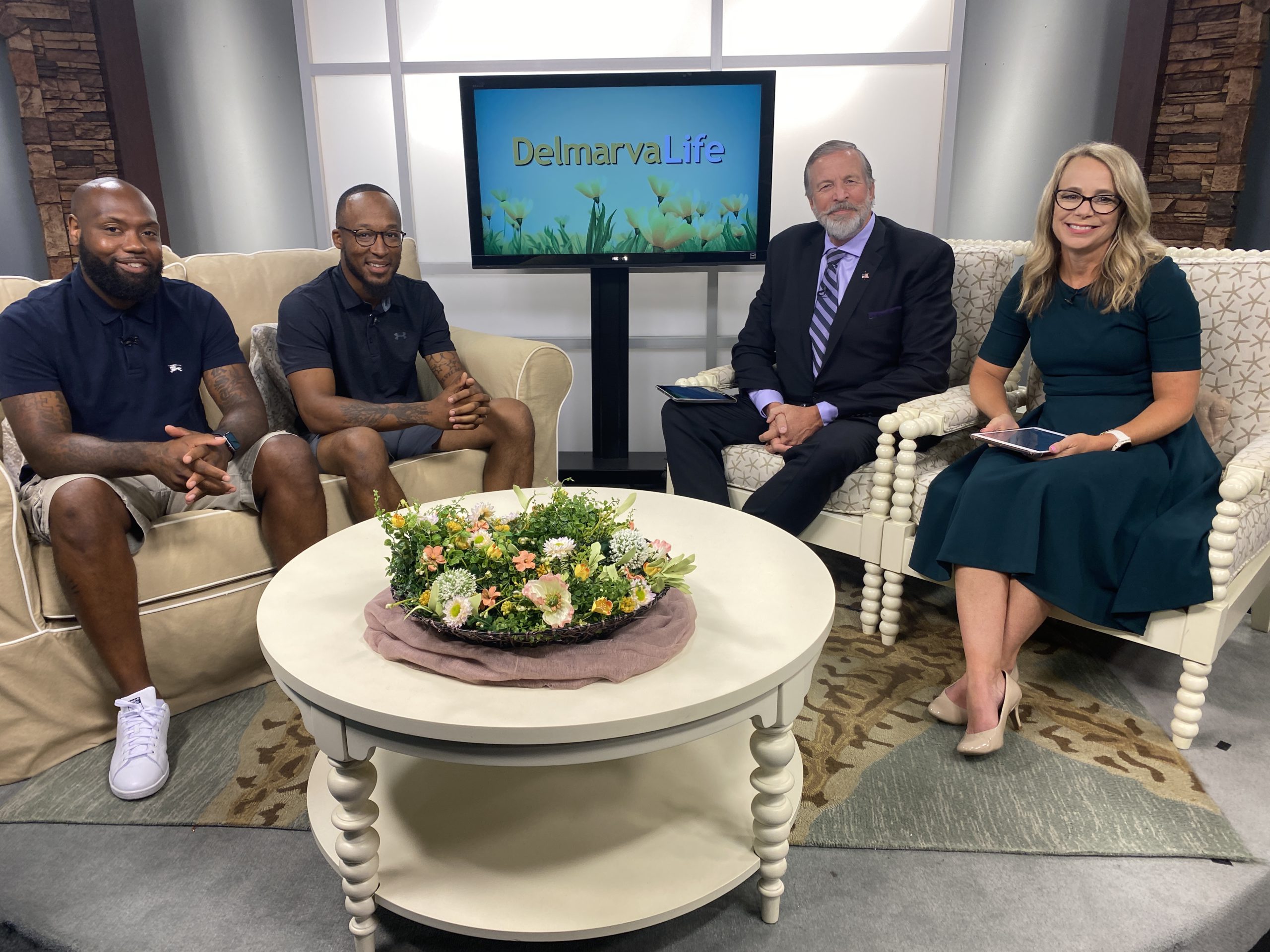 Getting back to a sense of community: That’s the idea[...] 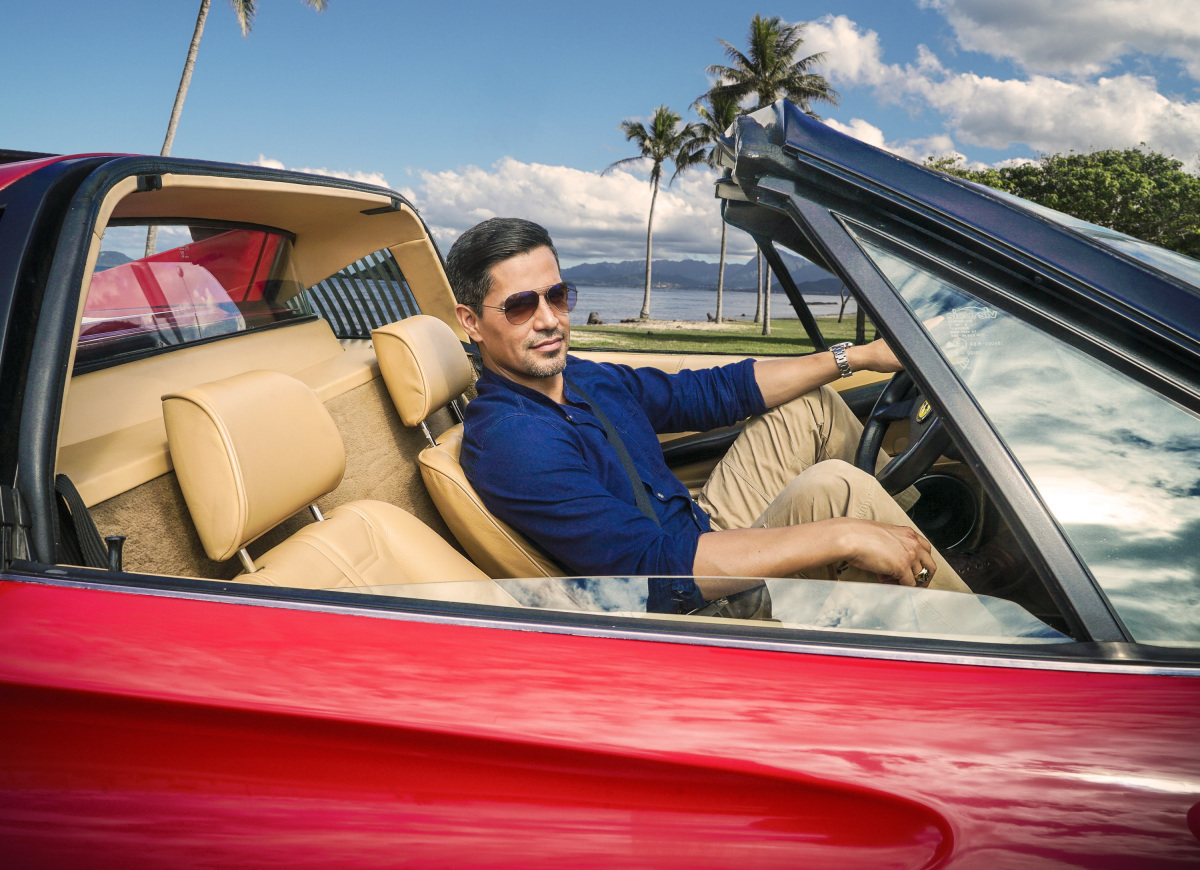 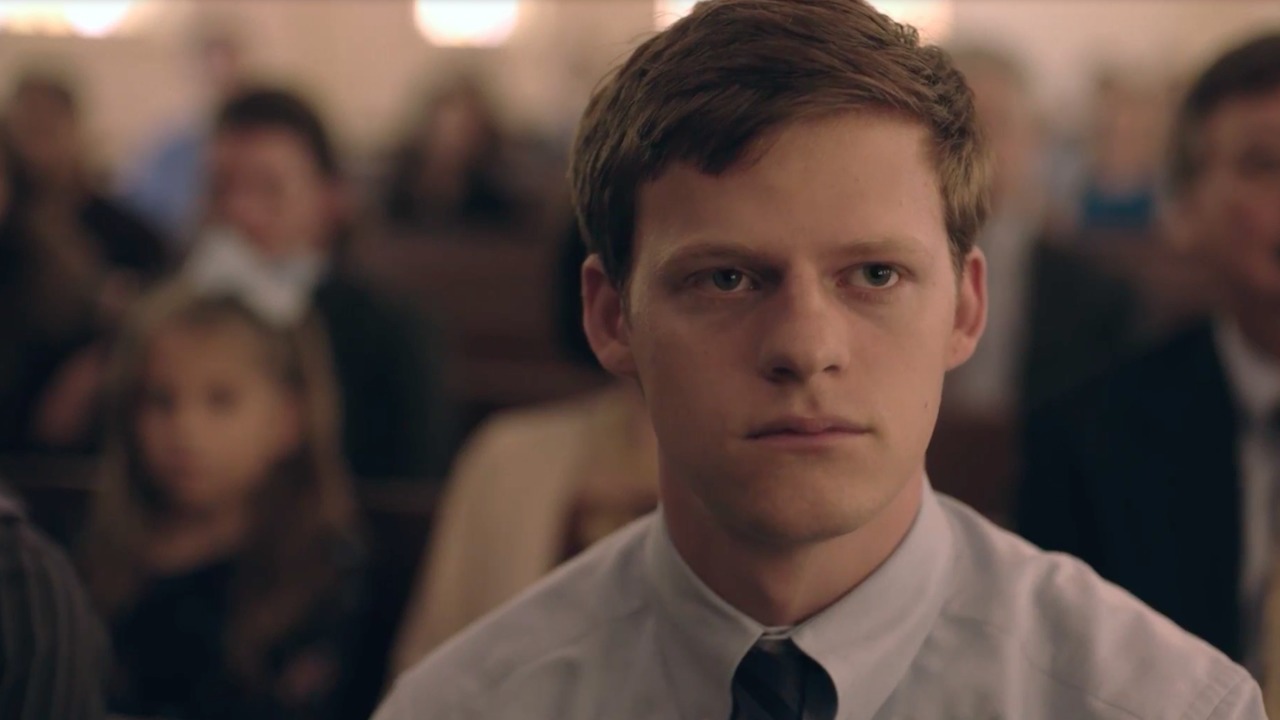