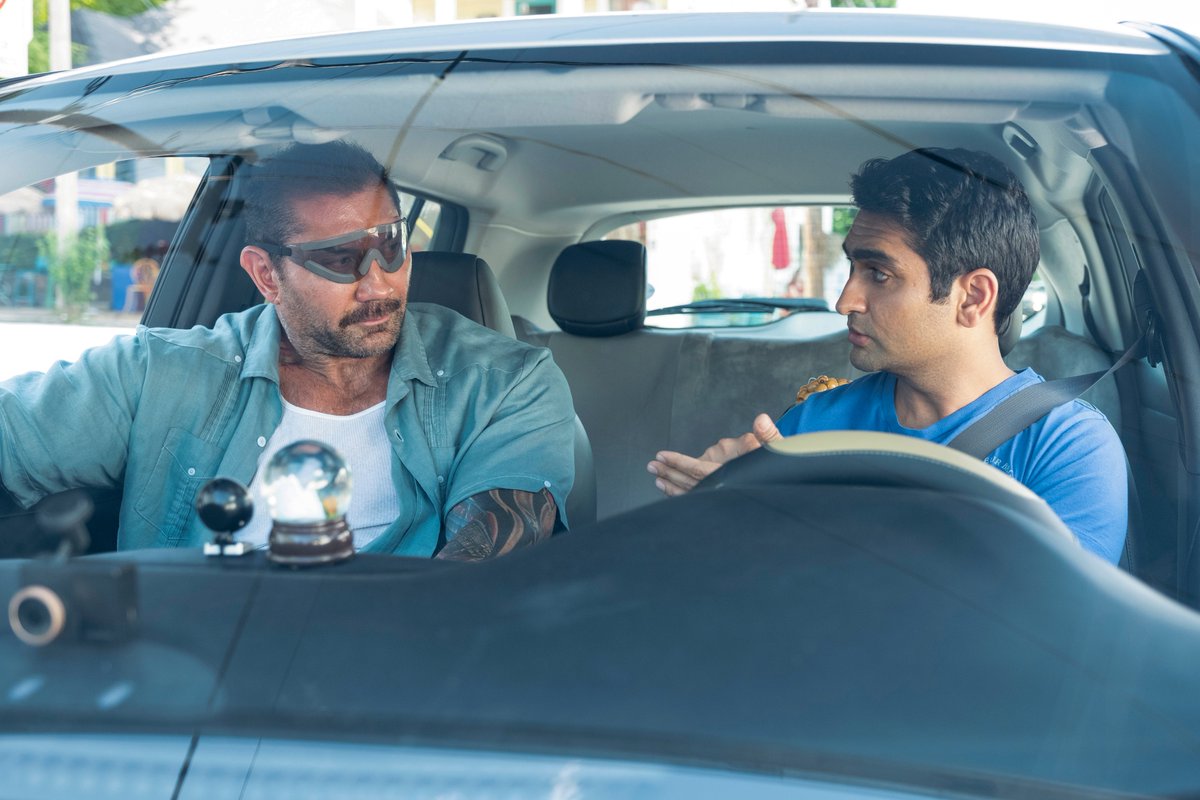 Dave Bautista is a wrestler who became known on WWE Raw, starting in 2002. He didn’t begin appearing in mainstream films until 2012. His breakout role was in Guardians of the Galaxy (2014), which made him famous at age 45. Five years later, he’s now 50 and is doing his first lead in a major Hollywood production. He was the lead in an independent, action flick called Bushwick (2017), but it was practically a direct-to-video release. This is his first lead in a film that’s playing in more than 1,000 theaters. He’s following in a line of wrestling champs who have become movie stars like Dwayne Johnson, aka The Rock, who is half-Samoan, which is a Polynesian people. Technically, it makes Johnson half-Asian. Bautista is half-Asian too, but a joke is made about his ethnicity being difficult to determine simply from looking at him. The same was true for Johnson.

Bautista is actually Filipino, but his character’s ethnicity is never identified. His character is Victor Manning and he simply proclaims that he’s not white. Victor’s daughter is played by a Latina, a Cuban actress, but it doesn’t seem as if Victor is Latino or Hispanic. It gets a little confusing because some Filipino people identify as Hispanic, although no one in the United States would likely identify as such. We never see the mother of Victor’s daughter, so that could be the source of his daughter’s Latina nature, if that’s indeed how his daughter identifies. All of this doesn’t matter in the movie, but in the wake of the success of Crazy Rich Asians (2018), it’s a wonder if we’ll see more people of Asian descent in big budget films whether they identify that way explicitly or not.

Kumail Nanjiani (The Big Sick and Silicon Valley) co-stars as Stu, a guy who works at an outdoor recreation store called Outside the Box. It’s a store that sells things for camping and hunting, as well as similar or related activities. He’s in love with a girl that also works at the store. However, he’s afraid to tell her how he feels or attempt to pursue a relationship with her. He is helping her though to start a business for women wanting to do spin-cycle. In order to contribute money to the business, Stu also moonlights as an Uber driver. He has a fateful night when he picks up Victor, a police detective who can’t drive because he’s gone temporarily blind.

Yes, Victor is a cop who can’t see. He’s undergone LASIK surgery, which renders his vision blurry for a day. Unfortunately, that day is the same day that Victor gets a tip about a drug-dealing murderer that he’s been tracking for two years. Instead of passing the tip along to another detective, Victor decides that he has to pursue the tip himself and himself alone. Because his sight is so compromised, he calls an Uber, which is basically a taxi for people connected through a ride-sharing app on your smartphone. Stu just happens to be in the area and is reluctantly pulled into Victor’s insane pursuit, making this a buddy cop film.

Iko Uwais (Mile 22 and The Raid: Redemption) plays Oka Tedjo, the aforementioned, drug-dealing murderer. Uwais is Indonesian, which means that the cast here is predominantly Asian men or men of Asian descent. Nanjiani is Pakistani. Uwais is also a martial artist who is rising up to be the next Bruce Lee, Jackie Chan or Jet Li. When the film opens, it involves Victor going up against Tedjo, which makes you think that this film is going to be predominantly a martial arts flick. The opening action scene is a fairly good, shootout and fight scene.

This might be a bit of a spoiler, but the film perhaps starts off on the wrong foot by fridging. Fridging is a trope where a female character is killed in order to motivate a male character. It’s a trope that’s associated with super-hero or comic book films. Deadpool 2 (2018) and the recent Dark Phoenix (2019) were the most egregious examples. The term doesn’t seem to be applied on non-comic book movies, but I don’t see that much difference between the comic book movies and action-comedies of today like this one.

This trope is certainly not a criticism that straight dramatic films should have to burden. It’s not to say that that films of any genre can’t address death of women and how men deal with grief and loss. The criticism comes when films don’t actually address it but instead use the death of women as a plot-device and nothing else. This is certainly the case here. Victor isn’t really dealing with grief and loss. The death that opens this film is nothing but a plot-device to stand as Victor’s motivation for the rest of the film, or at least the film’s first act.

If one can put that criticism aside, then the film, written by Tripper Clancy, is more playing with a clever, comedic idea. He takes a cop movie and makes the cop blind. Unfortunately, the Chinese film Blind Detective (2013) beat this one to the punch. There was also a TV series called Blind Justice (2005) that also beat this film to the punch, but the idea is still a fertile one of which the film makes fairly good use. One good use is with frequent pratfalls where Victor is constantly crashing or bumping into things. Bautista handles the physical humor very well.

The film gets some good gags out of the physical humor in pretty much all of the fight or action scenes. The non-action scene that utilizes Victor’s blindness to fairly good effect is the scene inside a strip club. It’s funny to see that the nudity encountered is not the nudity that Victor and the audience is expecting. It’s also the first scene in the movie that firmly plants the film’s theme of deconstructing masculinity. The film doesn’t perhaps go far enough with that deconstruction, but pausing for some homoeroticism and the occasional argument against violence are something.

The charm and comedic styling of Bautista and Nanjiani are enough to carry this film though. It was reminiscent of the chemistry between Dwayne Johnson and Kevin Hart in Central Intelligence (2016). The chemistry between Bautista and Nanjiani wasn’t as strong as Johnson and Hart, but it was enough to make this film one of the most entertaining originals this year. 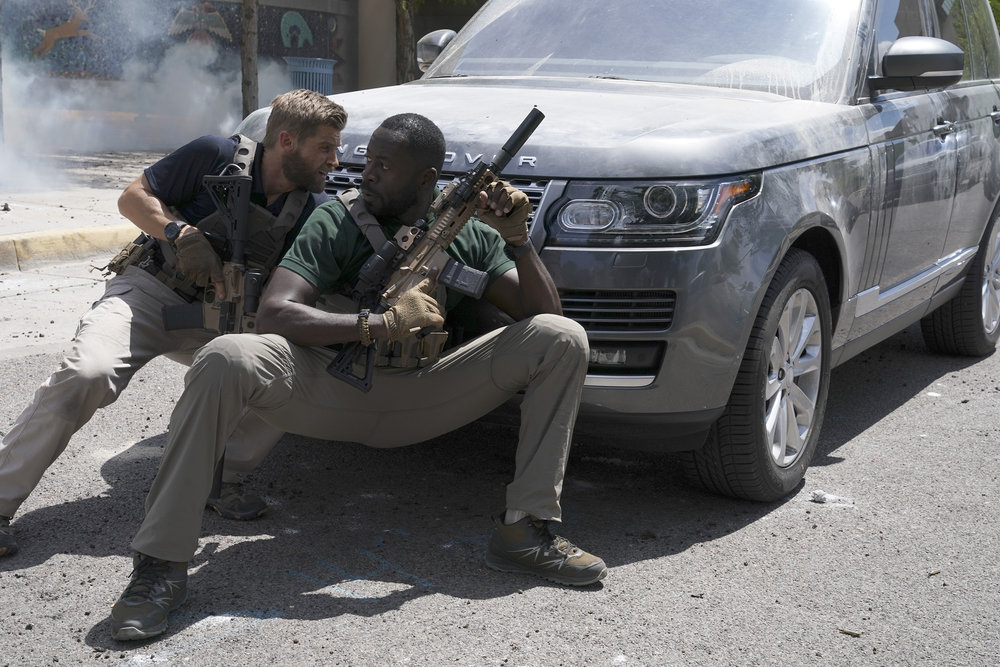 This is the first of three TV shows about[...]

Movie Review – Spider-Man: Into the Spider-Verse 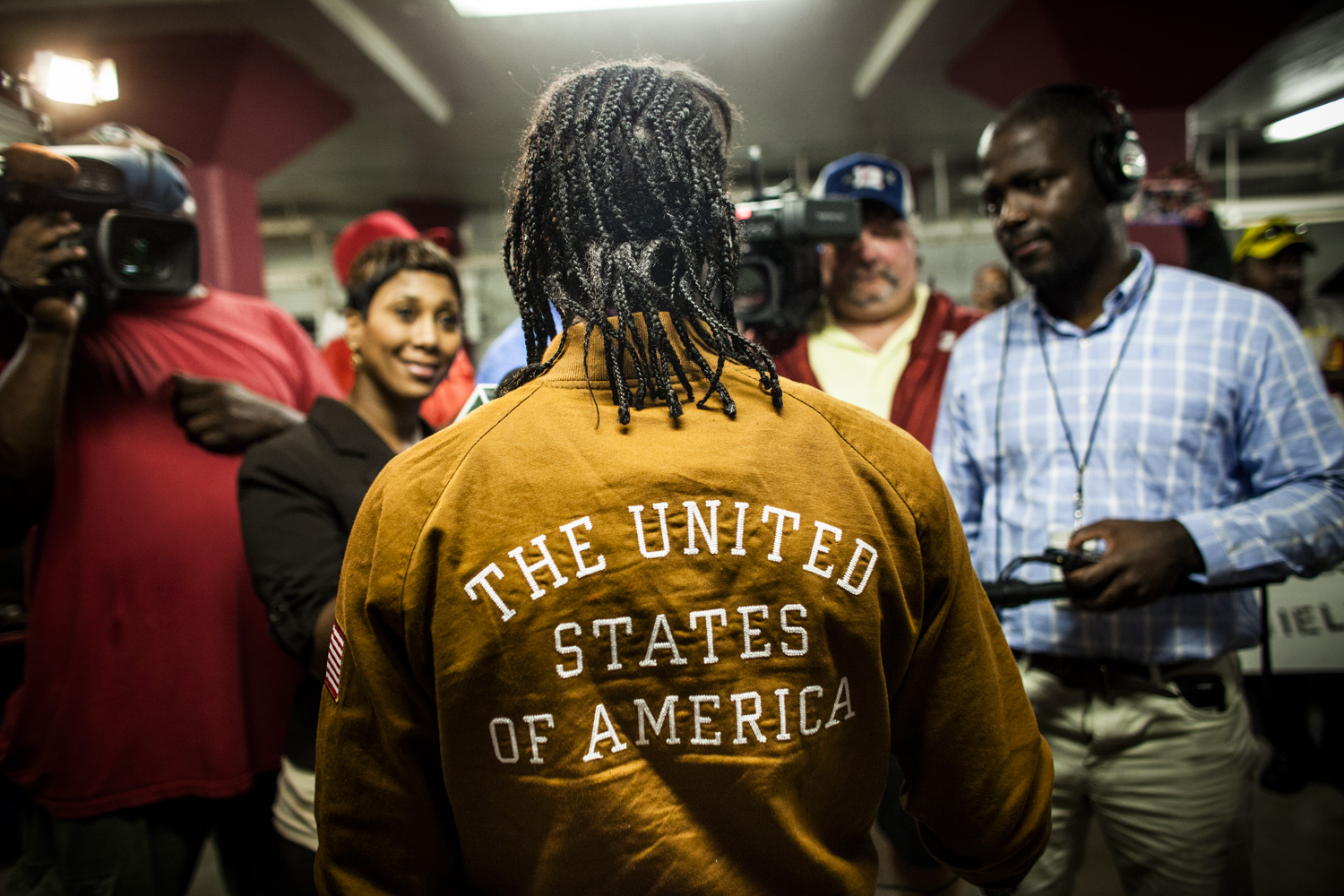 Women’s Boxing was included in the 2012 Summer Olympics[...]