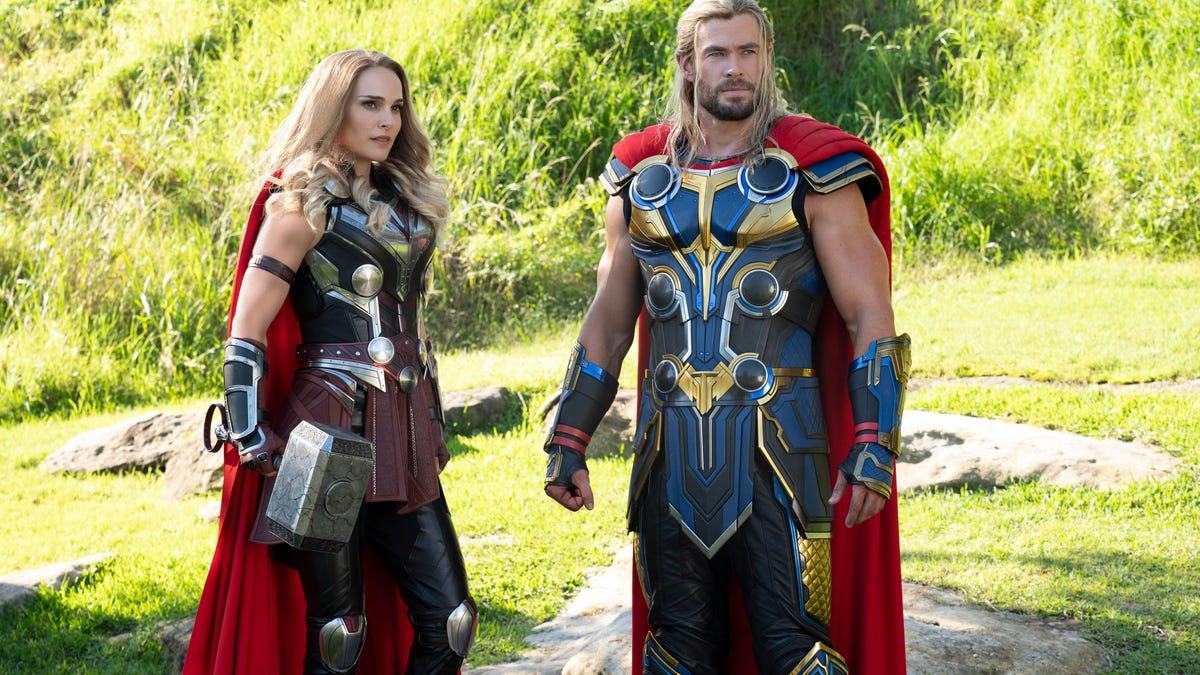 The Marvel Cinematic Universe, or MCU, has long since been criticized for not having villains that are depicted or rendered effectively in its numerous films. Now, in its 29th entry, the MCU continues to have the same criticism. This film starts with its villain, so one would assume that director and co-writer Taika Waititi has that criticism in mind and would try to circumvent it. Reportedly, there is a lot of material that has been cut out of this film, but, as it stands now, this film doesn’t develop or simply depict its villain effectively. Christian Bale (The Dark Knight and American Psycho) plays that villain named Gorr the God Butcher. He has a great introduction, as a man who realizes that the being he worships or to whom he’s so devoted doesn’t care about him. His introduction in fact could be a critique of cult following, such as the case during the Trump era.

It’s a great introduction, but the film doesn’t do much with him. Bale’s character virtually vanishes after that introduction. One forgets that his character is even a presence, let alone a threat. In previous MCU entries, the villain’s presence was felt throughout. We felt Thanos throughout Avengers: Infinity War (2018). We felt Kilmonger throughout Black Panther (2018). We felt Zemo throughout Captain America: Civil War (2016), even with a cast as large as it had. Here, we don’t feel Gorr the God Butcher. He commands the power of shadows. Yet, Waititi keeps Gorr in the shadows for far too long. Gorr is a father who has lost his daughter, but this film doesn’t let us really feel that, beyond the opening scene. Thanos lost his daughter and that film made us feel it. Kilmonger lost his father and country and that film made us feel it. Zemo lost his family and that film made us feel it. That isn’t the case with Gorr here. 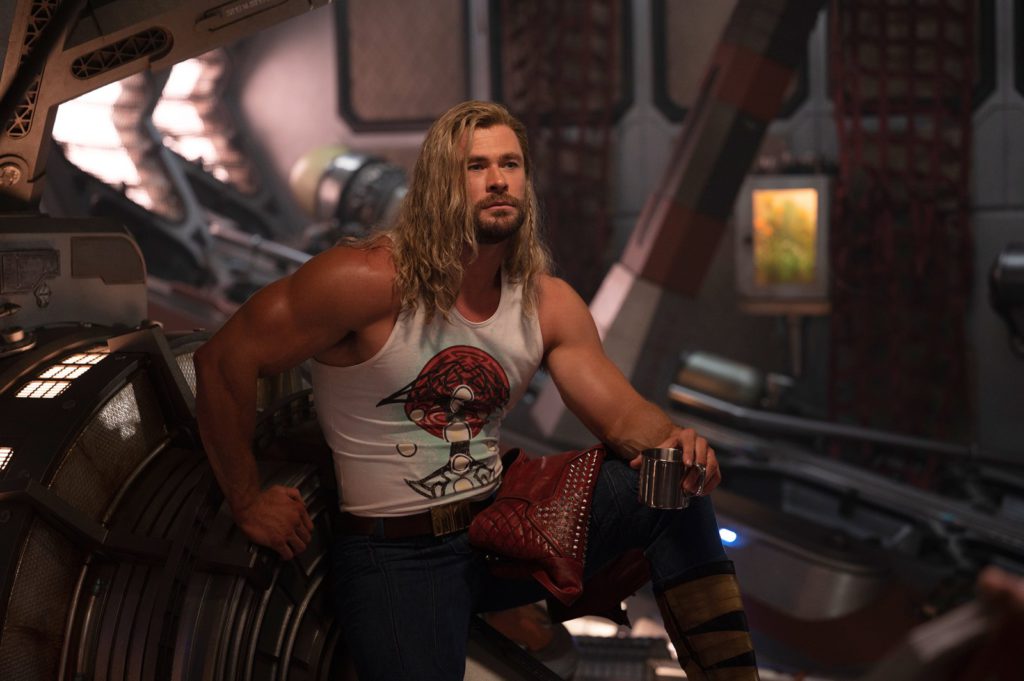 Chris Hemsworth (Ghostbusters and Snow White and the Huntsman) reprises his role of Thor, the God of Thunder. He’s called a “god” but he’s really an alien with super-powers. He’s from a planet or realm called Asgard. That planet was destroyed and most of the people killed. The survivors became refugees living on Earth. Yet, instead of staying and ruling over them, Thor left Earth to travel space with the characters from Guardians of the Galaxy (2014). In an early sequence here, we see Thor helping the Guardians of the Galaxy fight off invading aliens of planets with whom Thor is friendly or well-known.

One such planet has a religious system or ideology. It seems as though Thor is a god that the planet respects, if not worships. Yet, it’s not clear if the people on the planet look at him in the same way as people on Earth, as just another super-hero. The problem with all the entries in the MCU is that neither of them explore religion in any substantial way, as a result of the presence of these super-heroes, particularly those that come from outer space, such as Thor. Many people on Earth are monotheistic, believing there is only one God and that God is all-powerful and the creator of the universe. 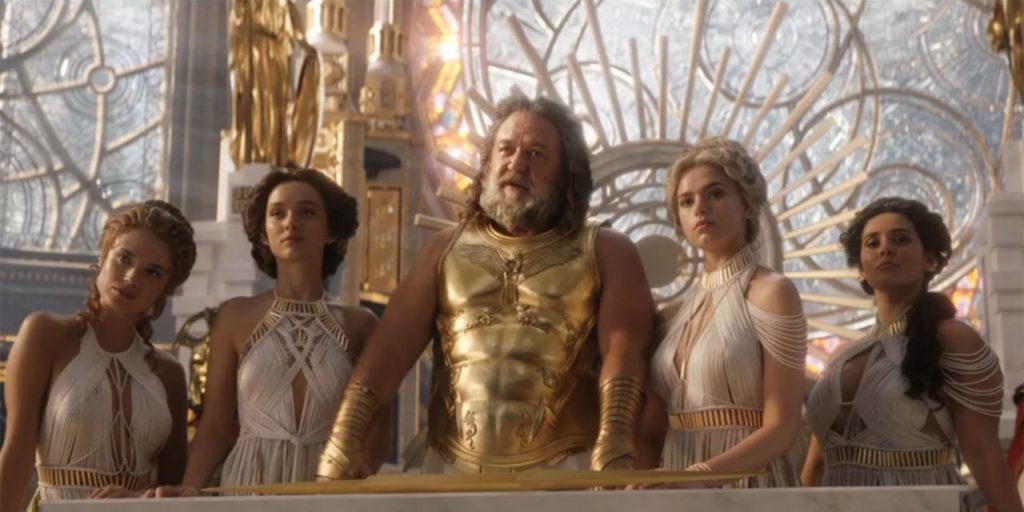 The existence of Thor and other so-called gods would suggest that this monotheism is incorrect. This suggestion is never reconciled nor explored in any MCU entry. This film wants to comment on religion and theism in some sense. Yet, this film doesn’t reconcile or explore that monotheistic idea. The film takes us to a place called Omnipotence City, which is a realm where all the so-called gods gather. It’s akin to Mount Olympus from Greek mythology. Omnipotence City is even ruled by a character named Zeus, played by Russell Crowe (Gladiator and Man of Steel). Zeus is meant to be a god, akin to the one from Greek mythology, but his powers don’t seem to be greater than that of Thor.

If Zeus is no more powerful than Thor, then what does that say about the other so-called gods? I’m not clear as to what the definition of a “god” is, particularly to Gorr. Was he monotheistic prior to this film? If so, then it’s not clear how the discovery of a universe full of gods has affected his thinking. If not, then it’s not sure if he considers super-heroes like the Avengers as gods. Would he not see someone like Captain Marvel or even Wanda Maximoff as gods? His goal is to kill gods, but what are his parameters for what makes a god? 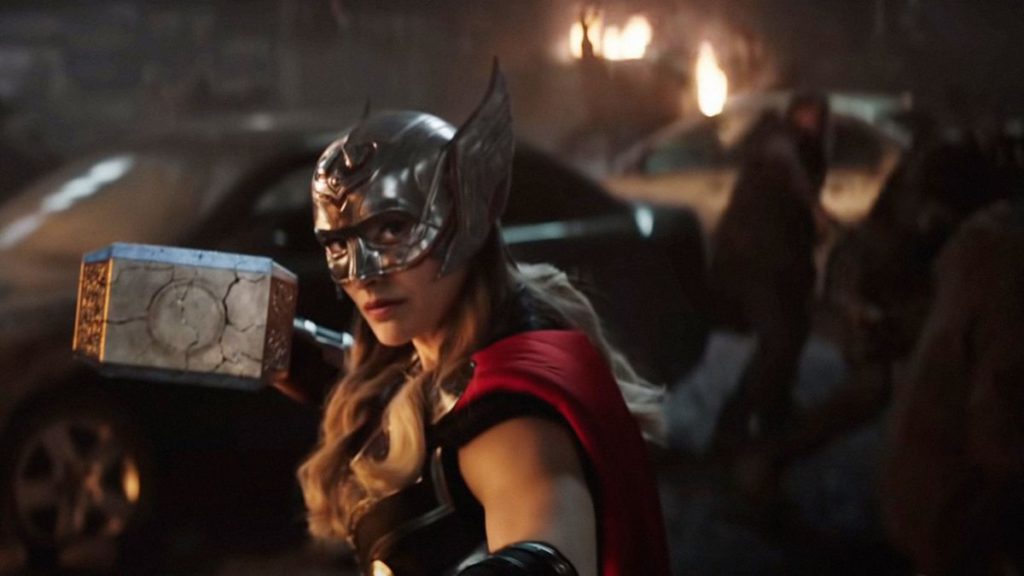 Natalie Portman (Black Swan and Jackie) co-stars as Jane Foster, the astrophysicist who was Thor’s love interest on Earth. It’s revealed that she has become what’s called “The Mighty Thor.” She can wield the magical hammer known as Mjolnir, which gives her all the same powers as Thor. If that’s the case, then Gorr should see her as a god too, but she’s a good person who has tried to help people. Why would Gorr want to kill her? What did she do? I don’t object to Gorr going on a revenge trip, but the film doesn’t give him enough nuance of thought to differentiate and explain his true targets. This is mainly because he’s not on screen enough.

Jane’s romance with Thor is given enough screen time. Yet, I still didn’t really feel that romance. Unfortunately, Waititi’s comedic tone, which doesn’t take much seriously, also doesn’t allow for us to take this romance seriously either. If anything, the romance between Thor and his sentient weapon called Stormbreaker felt more realized than that between Thor and Jane. There’s also a theme that goes to Thor becoming a father himself. Again, the film doesn’t develop or seed that idea well enough to really sell it by the end. 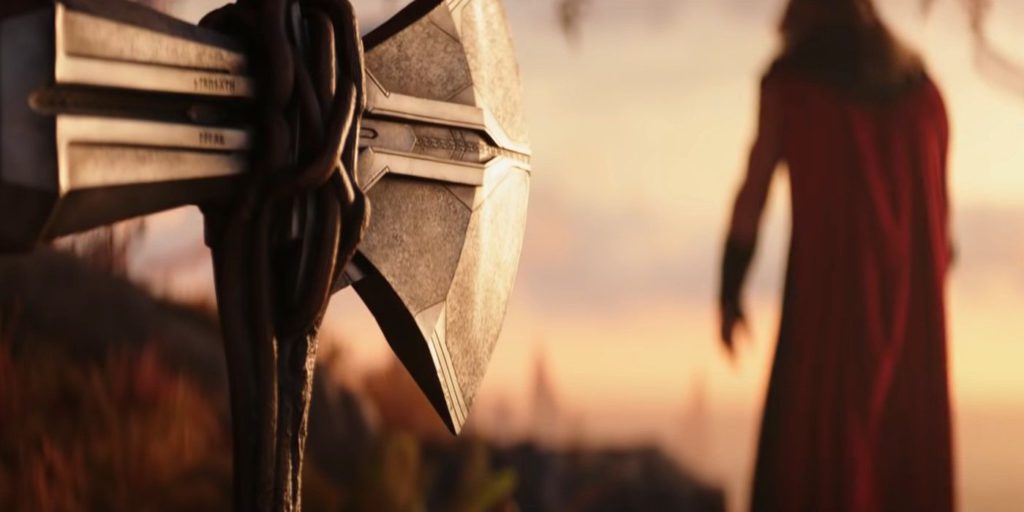 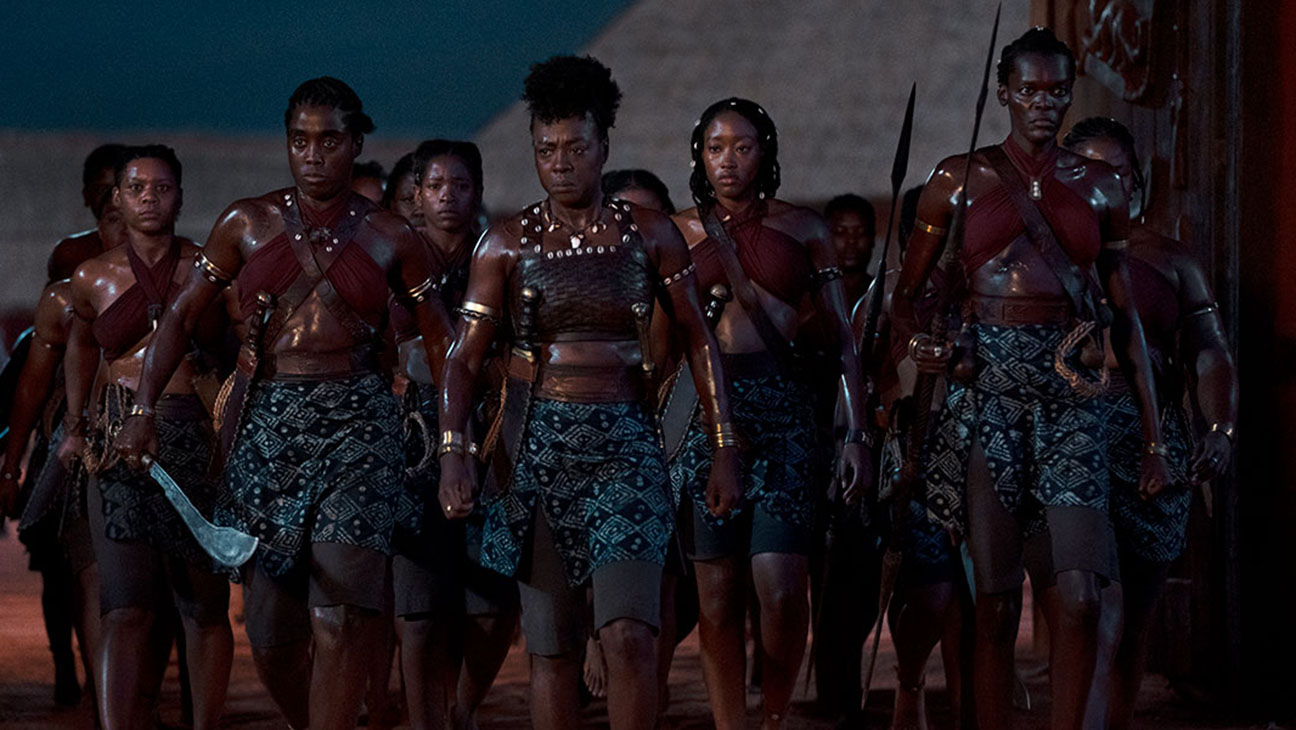 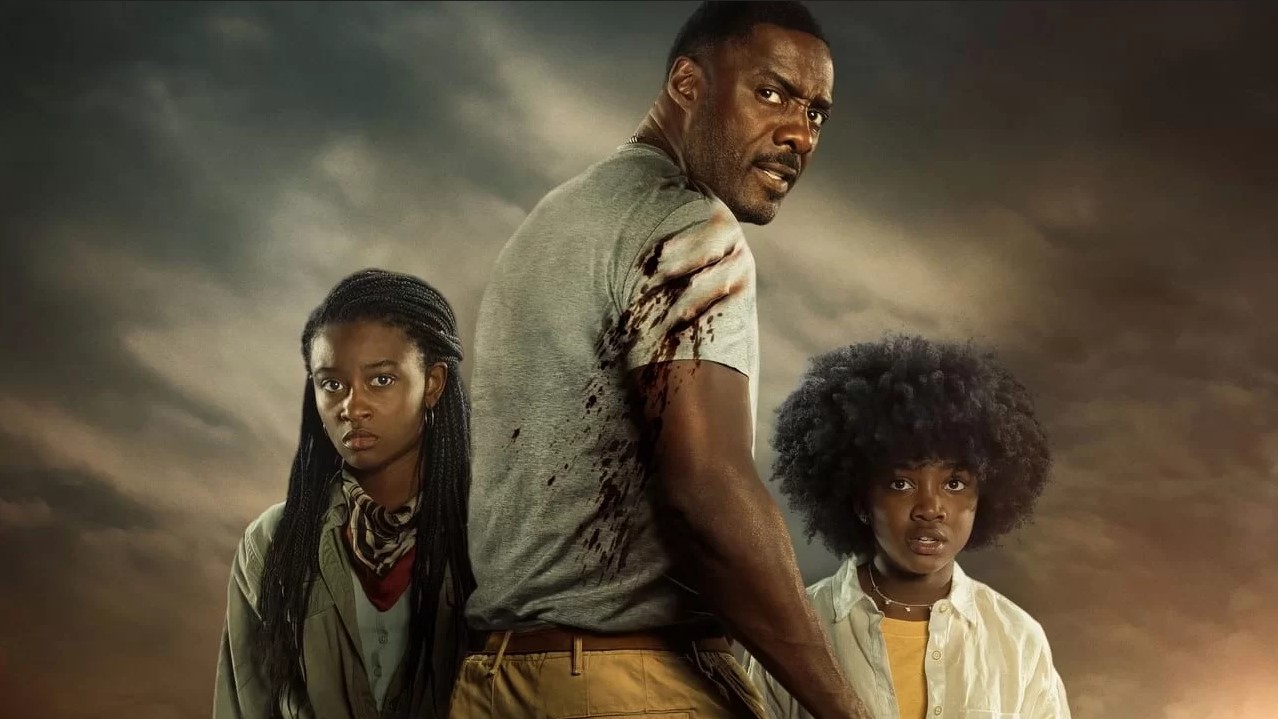 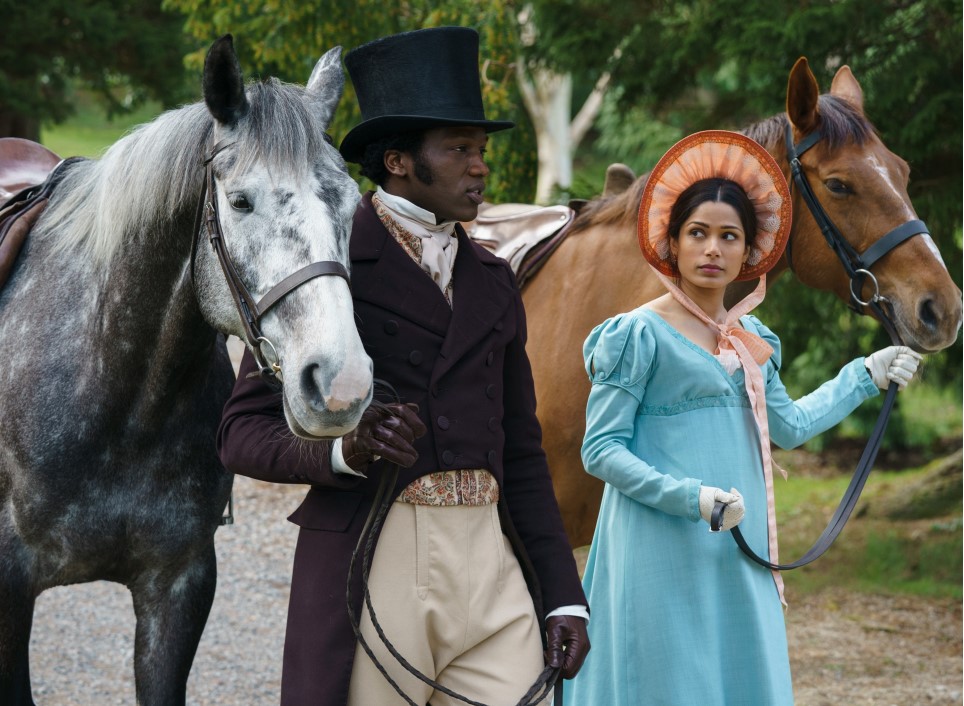