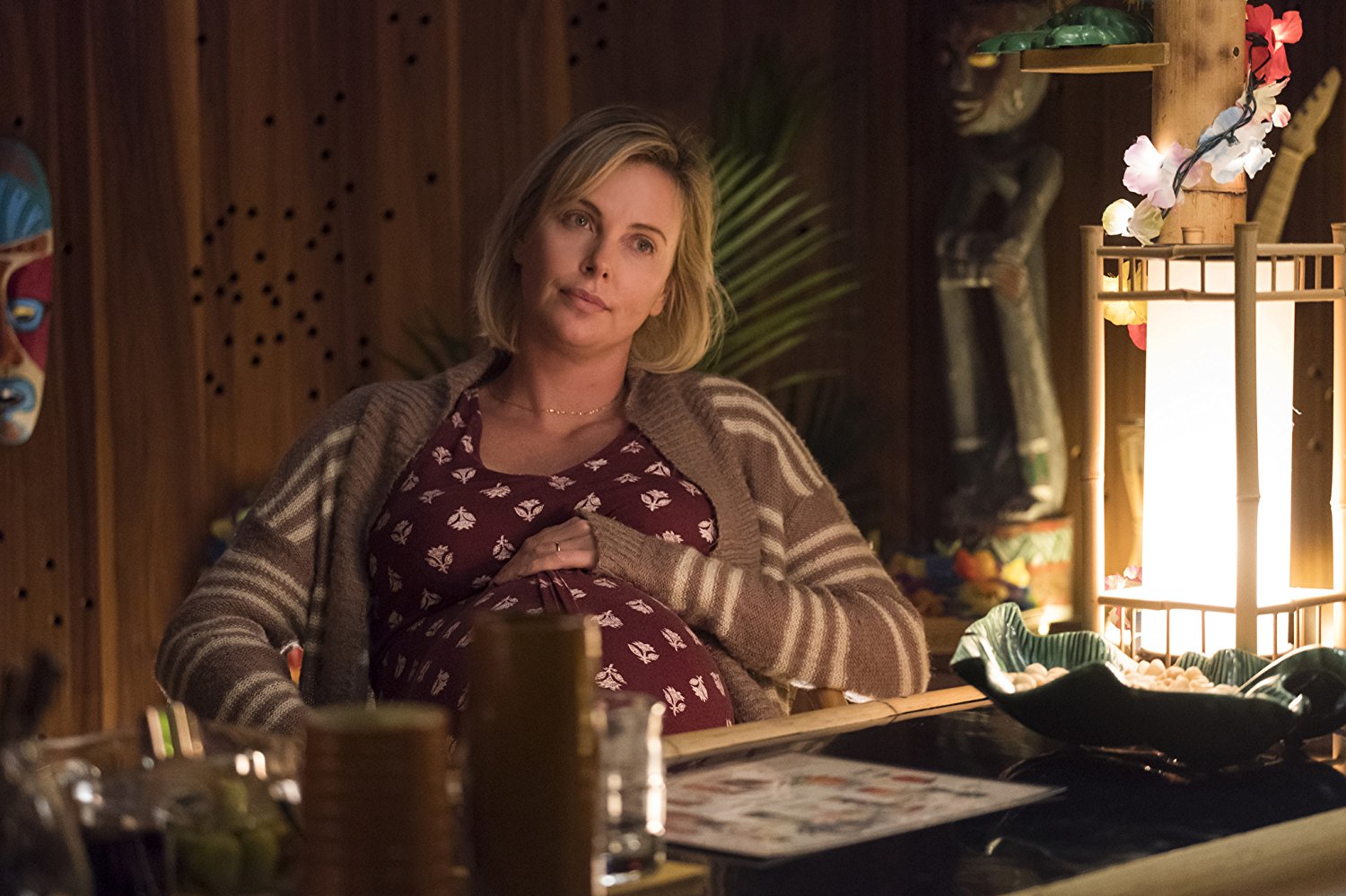 May 8, 2018 Posted by Marlon Wallace DelmarvaLife, The M Report

Jason Reitman has been nominated for the Oscar four times. His first nomination was for directing Juno (2007). His other three nominations were for writing, directing and producing Up in the Air (2009). His 2007 film is his most successful. Juno was also the debut screenplay for Diablo Cody. She and Reitman teamed up again for Young Adult (2011), starring Charlize Theron. Cody, Reitman and Theron, all three team up again for this bittersweet comedy about motherhood. It does have a gimmick or narrative trick that rubbed me the wrong way. The third act simply contains a twist that wasn’t necessary and added a wrinkle that perhaps undermines the power in the first and second acts.

Theron stars as Marlo, a woman who used to live in Brooklyn in a loft with another woman years ago in a possible same-sex romance. Now, Marlo lives in the suburbs with a husband and two children, a daughter who’s 8 and a son who’s 5. She’s currently pregnant with a third child and is days away from giving birth. The movie takes place within the few weeks, if possibly months of her maternity leave from her job. She was an English major but her job is in Human Resources of some random company.

It’s said that Marlo had issues with depression after the birth of her son. Now, it’s clear that at age 5, her son has behavioral issues. He seems perfectly fine most of the time. Occasionally, he’ll have freak out moments. It’s causing problems at his private elementary school that wants the little boy gone. The first bit of comedy at which Cody excels is the polite way the principal of the school conveys to Marlo how the school doesn’t want her son and the polite way Marlo responds though clearly ironically.

Other comedic moments come in the slight ways that people comment at Marlo snidely saying she’s not being a good mother. At the same time, she sees how other people seem to have everything together and aren’t experiencing the hardship that she is. This film does depict the hardship that motherhood can be. Having a baby can be a blessing but it’s also endless work. It’s late nights dealing with crying, feeding and cleaning. It’s repetitive and can be very tiring. Reitman shows Marlo doing that repetitive and endless work of taking care of a baby and it’s really drummed how tiring it can be, which shows in the entire face and body of Theron who could easily get another Oscar nomination for this role.

The problem comes in the writing. I understand that Cody wanted to isolate Marlo and show how alone a woman and mother can feel, which is valid, but it’s like Marlo doesn’t have any friends or any other person to whom she can unload or unburden herself. I understand that Cody wanted to show how all else can fall away, but it’s perhaps a step too far here because Marlo’s isolation feels contrived in order to get to the twist of the third act, which becomes a metaphor I appreciated but not sure was necessary.

Mackenzie Davis (Blade Runner 2049 and The Martian) co-stars as Tully, a night nurse who arrives to help take care of Marlo’s newborn baby while Marlo sleeps. Through her, we learn it’s important that a mother needs to take care of herself and not just the baby. Tully represents the youthful version of Marlo in more ways than one, which is interesting, but I’m just not sure what she’s supposed to signify by the end.

I figure that the message is that motherhood can be overwhelming and sometimes, if not most times a mother needs help. Some mothers try to do it all and feel like they have to do it all or else they’re not a good mother, but that’s not true. Having help and relaxing a bit aren’t bad things. This is a lesson that is learned by the beginning of the second act. Where the movie goes in the third act muddles this lesson somewhat.

In a twist out of The Sixth Sense (1999), Fight Club (1999) and A Beautiful Mind (2001), we learn Tully isn’t real. She’s just a figment of Marlo’s imagination. No one realizes this because Tully only shows up at night when everyone else is in bed or asleep. Marlo tells her husband Drew, played by Ron Livingston (The Conjuring and Office Space), about the night nanny but he never actually meets her. There is a fake-out moment where we think he does, but it’s meant to mislead us, so that by the end, Marlo is revealed to have been talking to herself and can be labeled as having a mental illness.

Now, I applaud the filmmakers taking on the issue of mental illness, but it being dropped at the end the way it is does nothing but pull the rug out from the audience for no reason but to do so. This film isn’t a biopic like A Beautiful Mind where we’re trying to understand the thought-process of this person. It’s not a thriller like The Sixth Sense where we’re going for jolts and shocks. It’s not even a satire like Fight Club or even Reitman’s Thank You For Smoking (2005), meant to critique social systems. If it is a critique, I’m not sure what it’s critiquing other than stubborn self-reliance and how women just need to sleep more.

The chemistry between Theron and Davis is so incredible that at one point it feels like the two could become lovers. That is until it’s revealed that Marlo is essentially talking to herself and falling in love with herself. It’s a kind of narcissism that’s being celebrated or embraced, perhaps to get at what the recent Amy Schumer film I Feel Pretty was getting at, which is loving oneself, but unlike A Beautiful Mind or Fight Club, Marlo never states if she realizes Tully isn’t real or even is a manifestation of her younger self. I suppose we’re to assume she does, but who knows?

Rated R for language and some sexuality / nudity.
Running Time: 1 hr. and 34 mins. 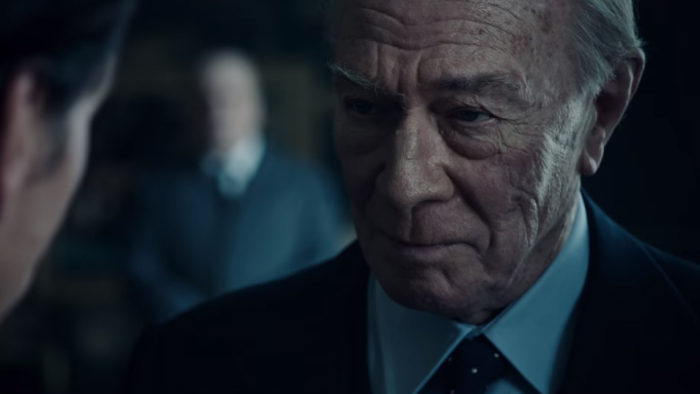 Movie Review – All the Money in the World

One can’t talk about this film and not talk[...] 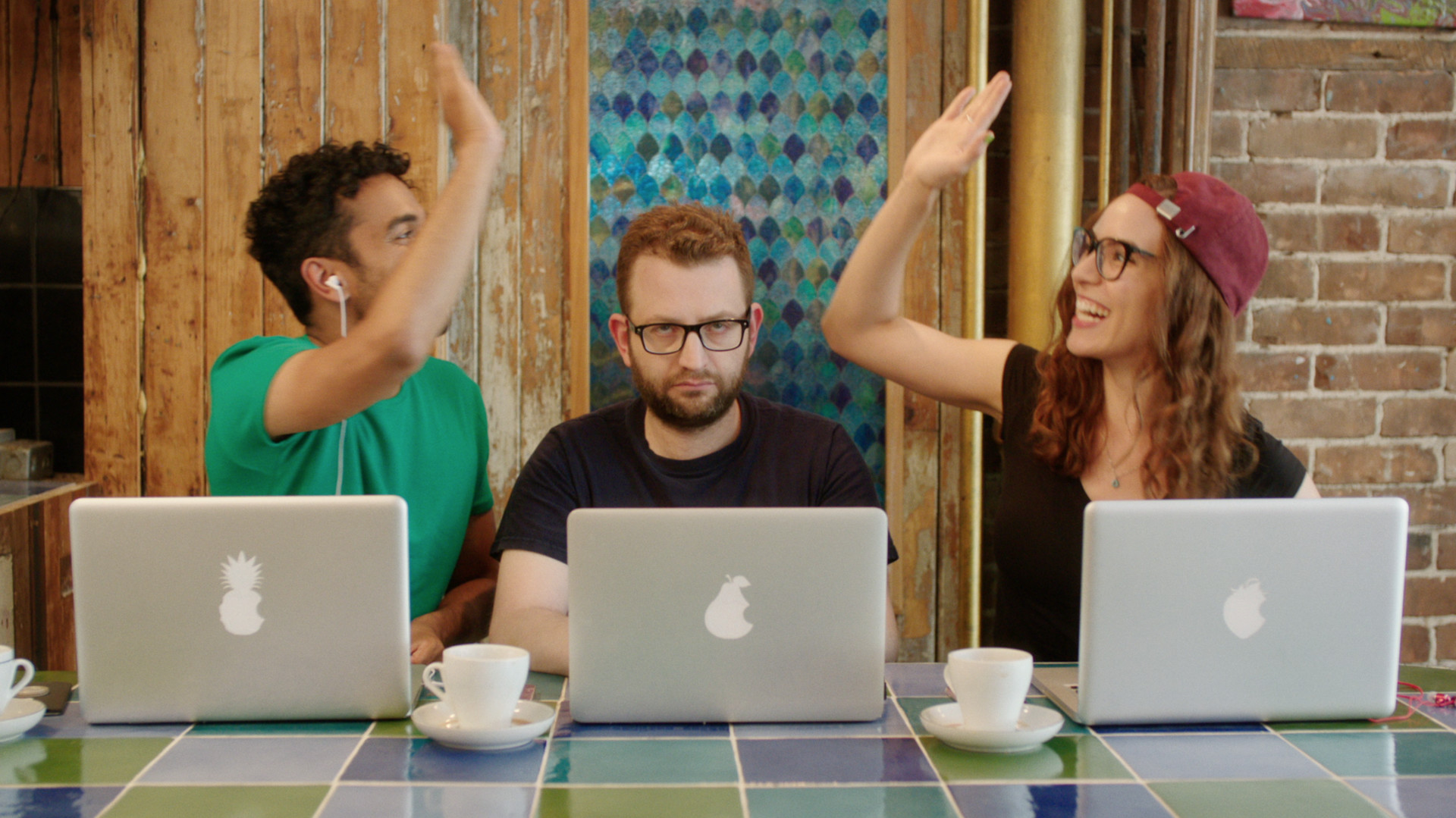 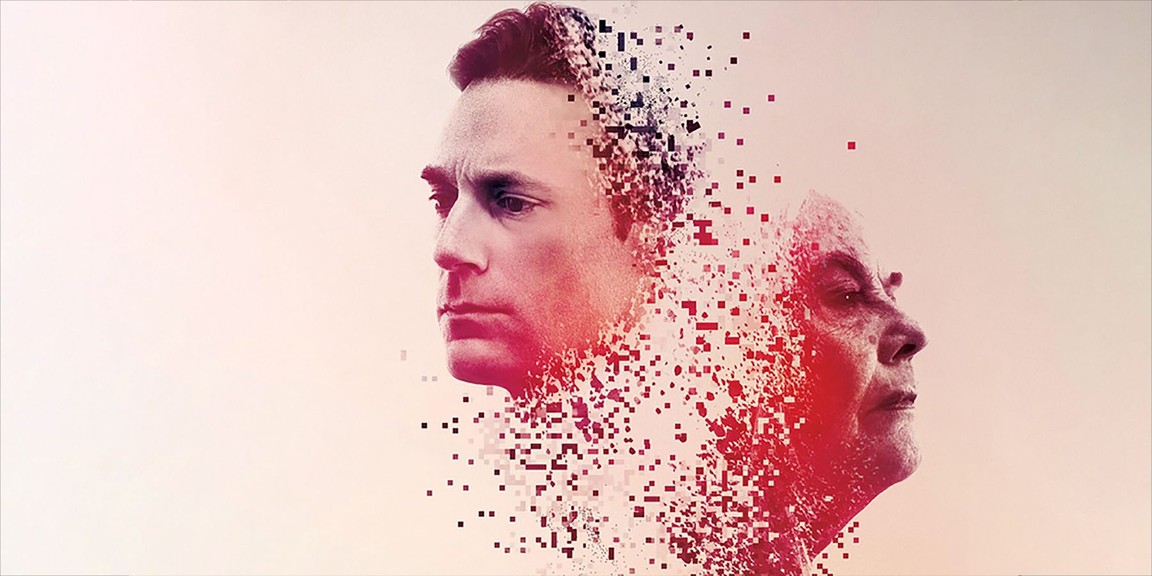