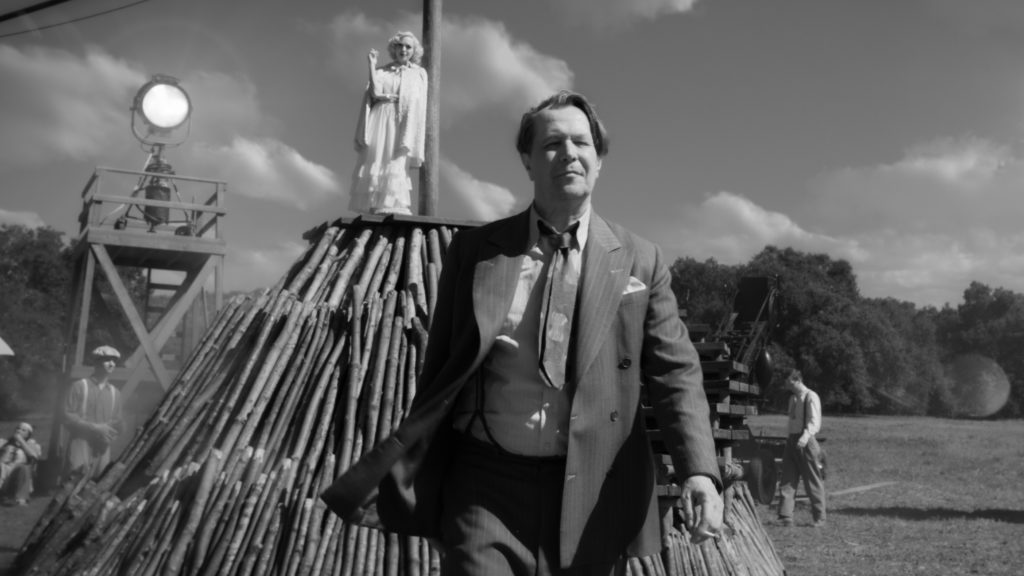 The nominations for the 93rd Academy Awards were announced. David Fincher’s Mank received the most listings than any other film. It got 10 nominations. It’s not surprising that a film about the making of a film and about Hollywood insiders would receive a lot of recognition. The film is also about an Oscar winner making the film for which he won the Oscar. The Academy loves to honor films about itself. Other nominated films that are non-surprising include Aaron Sorkin’s The Trial of the Chicago 7, as Sorkin is a beloved screenwriter who has been nominated several times before and won for The Social Network (2010). The other non-surprising announcement was Nomadland. The film recently won the Golden Globe for Best Picture. It’s also been racking up a lot of awards since it premiered last year. It stars Frances McDormand who is a previous Academy Award-winner. It’s been one of the most acclaimed films of the past year. 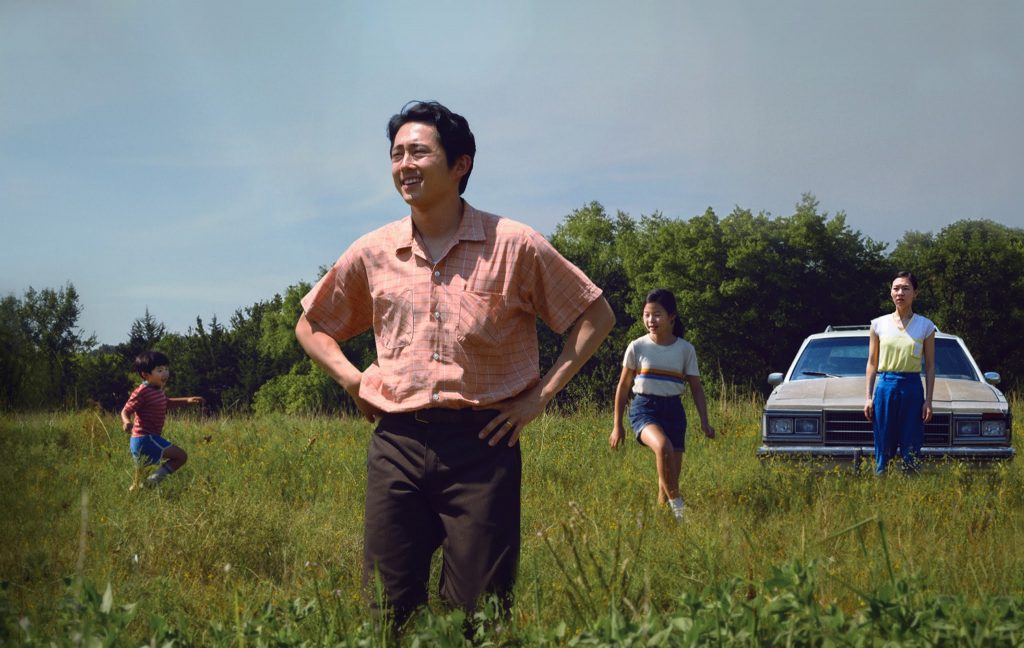 Steven Yeun was nominated for Best Actor for the aforementioned Minari where he plays the stern father. Yeun is Korean-American. As such, he becomes the first Asian-American of East Asian descent to be nominated for Best Actor. Along side him is Riz Ahmed who is nominated for Sound of Metal in which Ahmed plays a deaf musician. Ahmed is British-Pakistani and Muslim, making Ahmed the first person of Pakistani descent and the first Muslim to be nominated for Best Actor. Youn Yuh-jung is the Korean actress who plays the feisty grandmother in Minari. Yuh-jung was nominated for Best Supporting Actress, making her the first Korean nominated in this category and the fifth Asian person overall in this category. All this is notable because last year at the 92nd Academy Awards, the Korean film Parasite (2019) was the first Korean film ever to be recognized at the Oscars. It swept a lot of categories, including Best Picture, marking the first non-English language film to win Best Picture. Yet, that sweep was tainted by the fact that no actor from Parasite received any nods from the Academy. 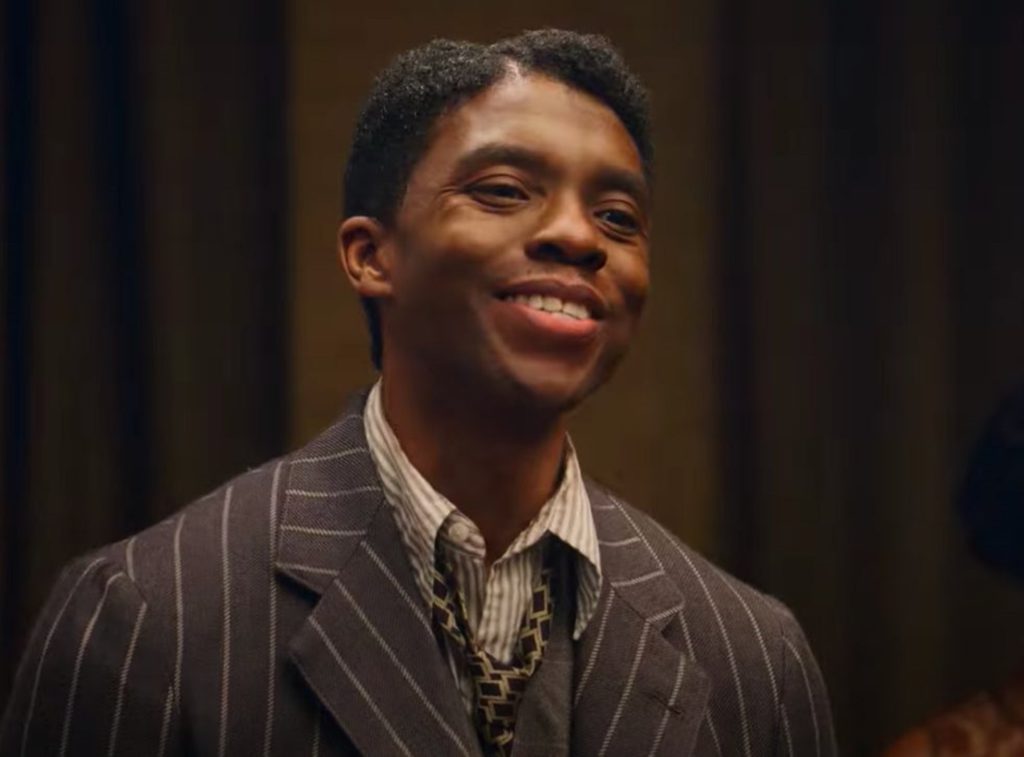 Several years ago, the Academy was criticized for its lack of diversity, which is why many are vigilant of its nominees. Specifically, the Academy was criticized with the social media attack, #OscarsSoWhite. The criticism was mainly about the lack of African-American nominees in the acting categories. This is proving not to be a problem this year. In fact, there is an embarrassment of riches in all but one of the acting categories. First, the late Chadwick Boseman who died in 2020 from cancer was nominated for Best Actor for Ma Rainey’s Black Bottom. Sadly, this makes him the first African-American to be nominated posthumously. 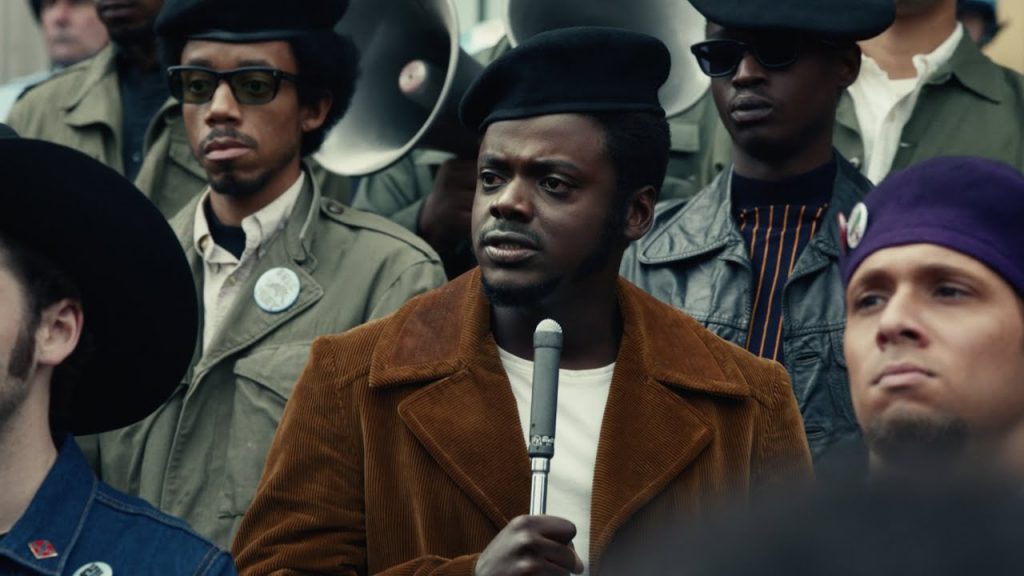 Three Black actors were nominated in the category of Best Supporting Actor, which is the first time more than two Black people have been nominated in this particular category. This year, the nominees for Best Supporting Actor are Daniel Kaluuya and Lakeith Stanfield for Judas and the Black Messiah, as well as Leslie Odom Jr. for One Night in Miami. Kaluuya and Stanfield worked together previously in the Oscar-winning film Get Out (2017). Kaluuya was nominated previously for that 2017 hit film. At the 89th Academy Awards, Viola Davis, Naomie Harris and Octavia Spencer were the first trio of Black people to be nominated opposite each other in one acting category. 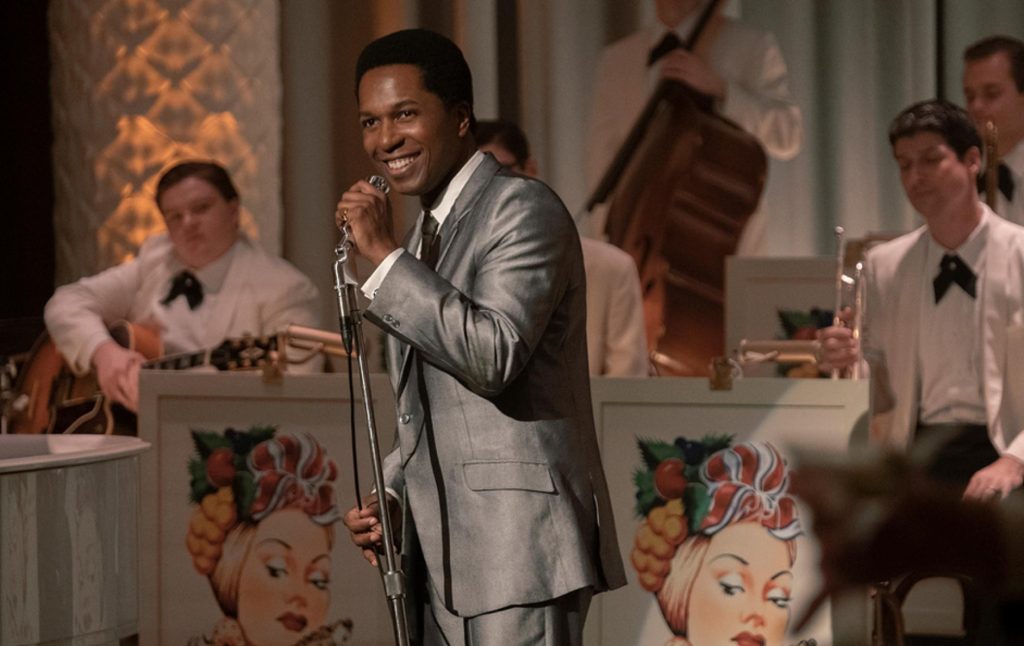 For Best Original Score, Terence Blanchard is nominated twice for Da 5 Bloods and Jon Batiste for Soul, which is the first time there has been two African-Americans in the category competing against each other. Leslie Odom Jr. is nominated twice but in two separate categories. He’s up for the aforementioned Best Supporting Actor and also Best Original Song, making him the first Black man to get an acting and music nomination in the same year. He’s the fourth person to do so overall.

One last notable nomination is Shaka King, Charles D. King and Ryan Coogler who are the producers nominated for Judas and the Black Messiah. They’re notable because it’s the first time that a film has been nominated in that category with all Black producers. Films that have been nominated for Best Picture with predominantly Black casts like The Color Purple (1985), Ray (2004), Precious (2009), Beasts of the Southern Wild (2012), 12 Years a Slave (2013), Moonlight (2016), Hidden Figures (2016), Get Out (2017), Black Panther (2018) and BlacKkKlansman (2018) have all had white producers and sometimes predominantly white producers. Judas and the Black Messiah is the first time where that hasn’t been the case.

It should also be mentioned that Shaka King is partially Latino and he’s really the only representation for Latinos this year in the major categories. The only other is Jaime Baksht, a Mexican sound engineer, who is nominated for Best Sound for Sound of Metal. So, while the Oscars was very good this year with Asian and Black representation. Latino representation is still sorely lacking. Native American representation is nowhere this year and barely anywhere in previous years. This year, there’s low LGBTQ representation with the exception of Lopez-Rivera, as well as Peter Spears, the producer of Nomadland and Kori Rae, the producer of Onward. With that, here are the nominees: 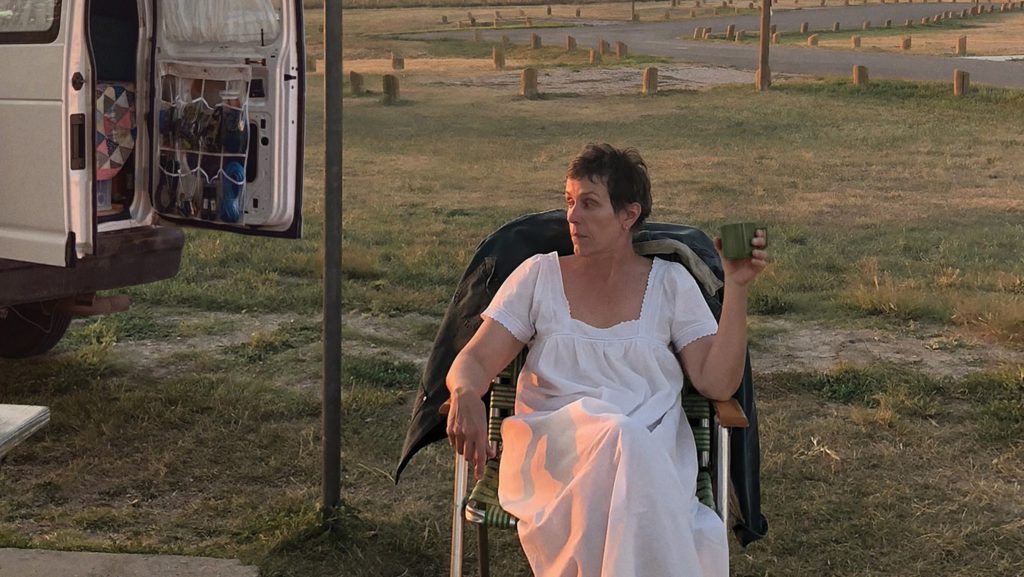 Greyhound
Mank
News of the World
Soul
Sound of Metal

“Fight For You” – Judas and the Black Messiah
“Hear My Voice” – The Trial of the Chicago 7
“Husavik” – Eurovision Song Contest: The Story of Fire and Saga
“Io Sì” – The Life Ahead
“Speak Now” – One Night in Miami

Onward
Over the Moon
A Shaun the Sheep Movie: Farmageddon
Soul
Wolfwalkers

The Oscars telecast will air on Sunday, April 25 on ABC. 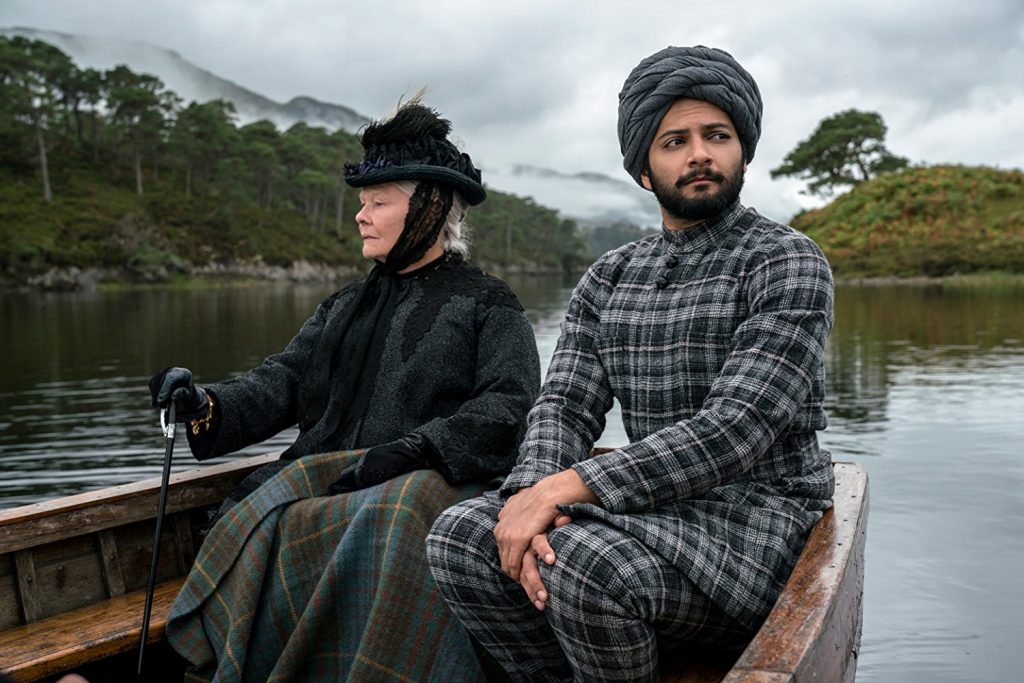 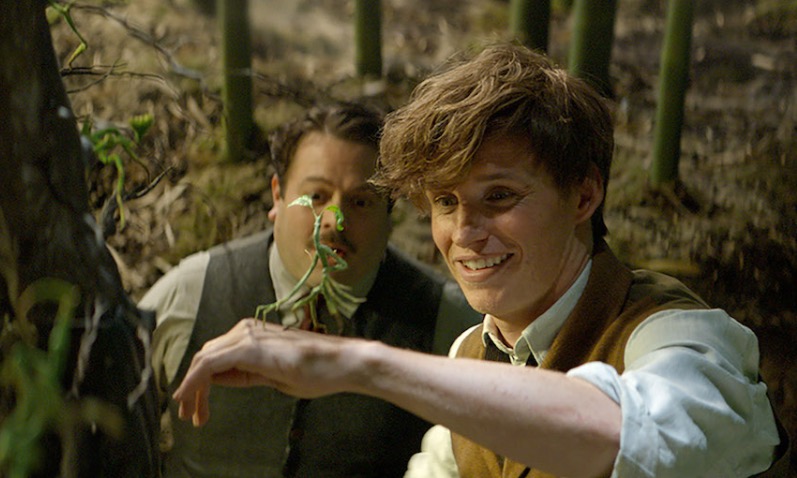 There are eight films in the Harry Potter series.[...] 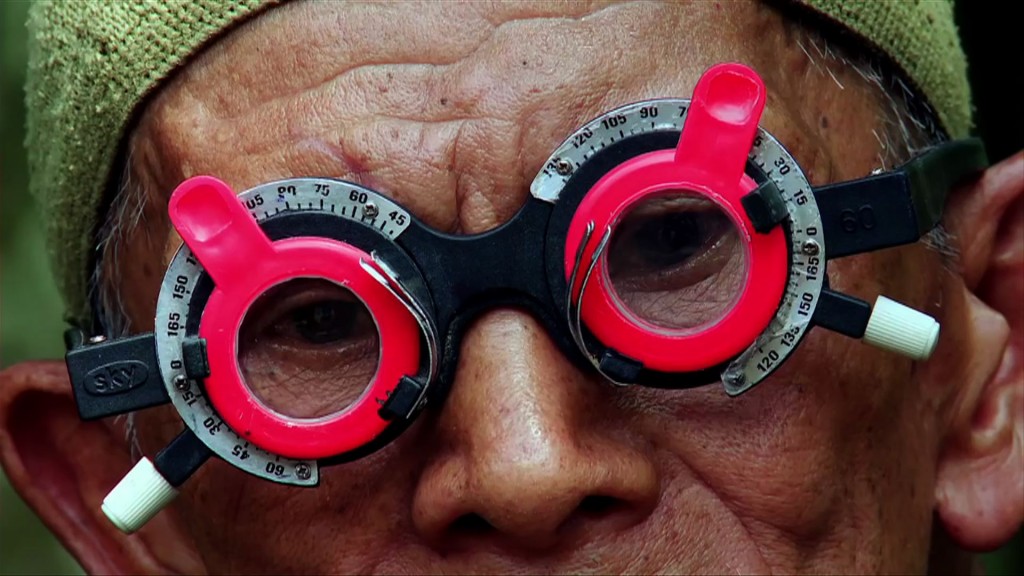 Nominated for Best Documentary Feature at the 88th Academy[...]