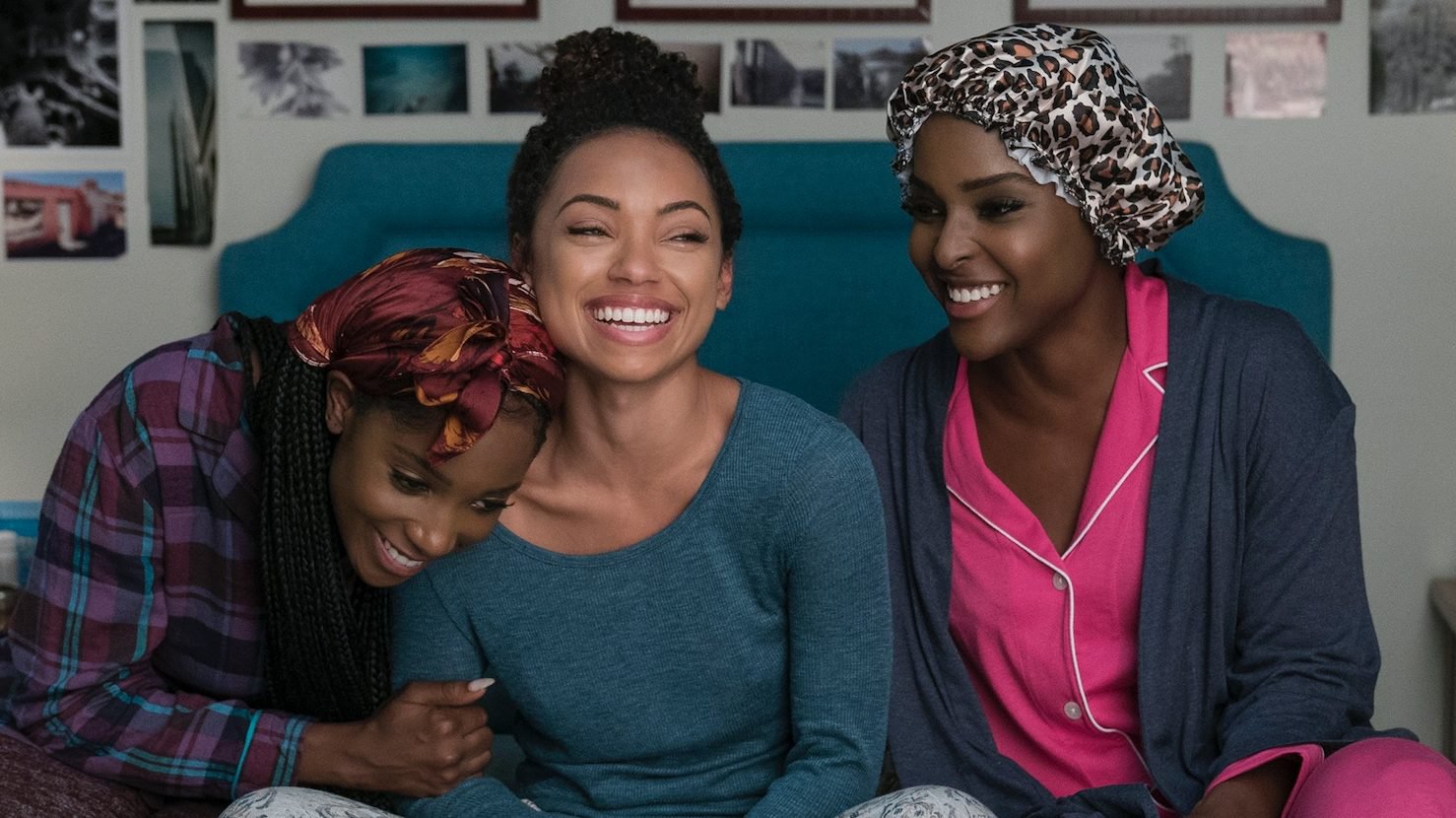 May 24, 2018 Posted by Marlon Wallace DelmarvaLife, The M Report

The first season, which I’ll retroactively call Volume 1, was one of the best comedy series I’d seen last year. It got critical acclaim, but it was criminally ignored at the Emmys and Golden Globes, which was a shame. It’ll be interesting to see if the Emmys recognize the series this year, but it will be for a season that feels a bit weaker than the last. Despite being not as good as Volume 1, it still stands as better than most comedies or sitcoms on network television right now. As a whole, it simply feels like this is a transitional season, meant to reorient the chessboard for game-play rather than be straight game-play in and of itself. Despite only being ten episodes, it still felt too long mostly because it wastes too much time on things that end up being not much of anything, while also wasting characters, the good characters it does have.

Like Volume 1, this volume is basically a series of small character-studies, a lot of which focusing on the expression of black pain and grief, expressions that are unique to African-Americans but that can also be universal to all people like the loss of a parent or an unplanned pregnancy. Volume 1, however, was able to weave those character-studies into a more cohesive narrative that connected everyone better. This volume feels like most, if not all the characters are off on their own separate worlds. On the one hand, it’s good that each character gets their own world, but it makes the whole thing feel disjointed and disparate to the degree that I don’t care about what happens at the end. The episodes never felt like they built to anything whereas the episodes last year did feel like a progression or that they led to a mutual climax.

Honestly, out of the ten episodes or chapters, there were only two good ones that made me care in the slightest. Those were Episode 8 and Episode 9. I didn’t really care about anything leading up to it or anything after. It’s not to say that there weren’t good or interesting moments in those other episodes. There simply wasn’t enough to gel them together and compel me to consider them anything other than navel-gazing or just running on a treadmill.

Logan Browning (Hit the Floor and Meet the Browns) stars as Samantha White, a college student at Winchester University. She has her own campus radio show called “Dear White People” in which she calls out the racism on the campus and world. It’s not simply obvious racism that most anybody would see is offensive. She mostly calls out the racism that liberal or left-leaning, white people are guilty of doing or being a participant, even if not consciously aware.

It might seem that she’s hateful of white people, but Samantha or Sam is herself biracial. Her mother is black but her father is Caucasian. In fact, it was revealed in Volume 1 that her boyfriend is a white guy. It was clear that she loved him, despite also having feelings for a fellow student who’s black. Volume 1 had her reckoning with all of that, as well as pursuing a cause célèbre that was really provocative, a black-face party. This volume doesn’t have her doing much of anything until Episode 8. She’s spinning her wheels or running on the treadmill. Actually, she’s barely in any of the episodes after the first. We barely see her throughout the whole thing.

When we do see her, she’s dealing with an online troll, or someone who continues to provoke her with nasty or incendiary comments on social media like Twitter. This troll has the handle, AltIvyW, but Sam doesn’t know who the person is. It’s an anonymous user. The mystery of AltyIvyW is a question that creator Justin Simien and his writers only half-heartedly handle. The series treats the reveal as a big deal but ultimately the troll’s identity becomes meaningless, which is a conclusion one derives in the first episode. Yet, it’s dragged out to the sixth and where one expects some kind of confrontation between Sam and AltIvyW in person, it’s instead glossed over.

AltIvyW is meant to be this show’s Milo Yiannopoulos equivalent. Unfortunately, the show does nothing with AltIvyW once that person is exposed. Spoiler alert but AltIvyW ends up being a Hispanic gay person. The show simply wants to be edgy by saying that gay people can be racist or crazy right-wingers. Yet, the show does nothing with him as to flesh out why he thinks they way he does or confront him on any of his points. If you want to see a better version of AltIvyW, check out the first season of The Good Fight in which John Cameron Mitchell played Felix Staples, another Milo Yiannopoulos equivalent but his character and his arguments were fleshed out and confronted in a direct and brilliant way.

DeRon Horton (Roman J. Israel, Esq. and Burning Sands) co-stars as Lionel Higgins, the shy and gay black student. He works for the school newspaper. He continues being the kid who doesn’t feel at home with his fellow gay students nor with his fellow black students. He is friends with Sam and this volume sees him becoming more confident and putting himself out there more romantically. However, he spends most of the time trying to find out who AltIvyW is that when he’s finally revealed, you’d think Lionel would do more, but we don’t see him do anything. Obviously, he tells people like Sam, which happens off screen, but again it’s as if the series had him on a treadmill. Yes, Lionel does get a boyfriend named Wesley Alvarez, played by Rudy Martinez (Jane the Virgin and Heartbeat), but the majority of their storyline is about how they don’t spend any time together. It feels like more wheel spinning and not actually going anywhere.

Speaking of wasted characters or characters that don’t go anywhere, Brandon P. Bell (Insecure and Hollywood Heights) plays Troy Fairbanks, the student-body president who comes from a wealthy black family, and, Marque Richardson (The Newsroom and True Blood) plays Reggie Green, the computer science major and leader in a lot of the school protests. Both Troy and Reggie were integral characters in Volume 1. Here, they’re practically forgettable, background extras. There are two episodes dedicated to each, but those two episodes feel so inconsequential or provide us with nothing we didn’t get in Volume 1. Both their episodes could have been combined or dropped all together and nothing would have been lost.

Antoinette Robertson (The Haves and the Have Nots and Hart of Dixie) also co-stars as Colandrea Connors aka Coco, a friend of Sam and former sorority sister who acts white or tones down her blackness as it were. She actually rises as the MVP of the series. Episode 4 is a heartbreaking solo episode featuring Coco. Later, in Episode 8, she’s just a supporting character but she’s perfect in every moment, funny and empathetic.

Finally, it should be mentioned that the show brilliantly uses CeCe Peniston’s song “Finally,” but other than that, this series is an adaptation of a film that Simien released in 2014. This volume sees the original actors from that film return in one way or another, including Tessa Thompson (Creed and Thor: Ragnarok) who plays Rikki Carter, an Ann Coulter or Stacey Dash equivalent. Rikki is a conservative pundit frequently on FOX News or anywhere on TV where she can spew right-wing garbage.

Sadly, Simien’s interpretation of this Ann Coulter type is the same as in Aaron McGruder’s The Boondocks when that series depicted Ann Coulter. Simien proposes that Rikki’s political opinions are just an act for notoriety or fame and particularly for money and power. Sam comes face-to-face with Rikki in Episode 10 and you think it ‘s going to be this epic showdown, but when it’s clear that Rikki is really a charlatan, it deflates the intensity that could have been Browning versus Thompson or two strong black women going toe-to-toe as in the recent crossover episode of Scandal and How To Get Away With Murder, which pitted Kerry Washington against Viola Davis.

Simien deflates the intensity purposefully. He’s subverting expectations for comedy’s sake. It’s funny, but it’s more a wasted opportunity. In Episode 8, which is a good episode, Simien has Sam go toe-to-toe with her ex-boyfriend Gabe, played by John Patrick Amedori. It’s a well-written and well-acted episode, but it seems to expend verbal energy from Sam, which I would have preferred expended on Rikki. 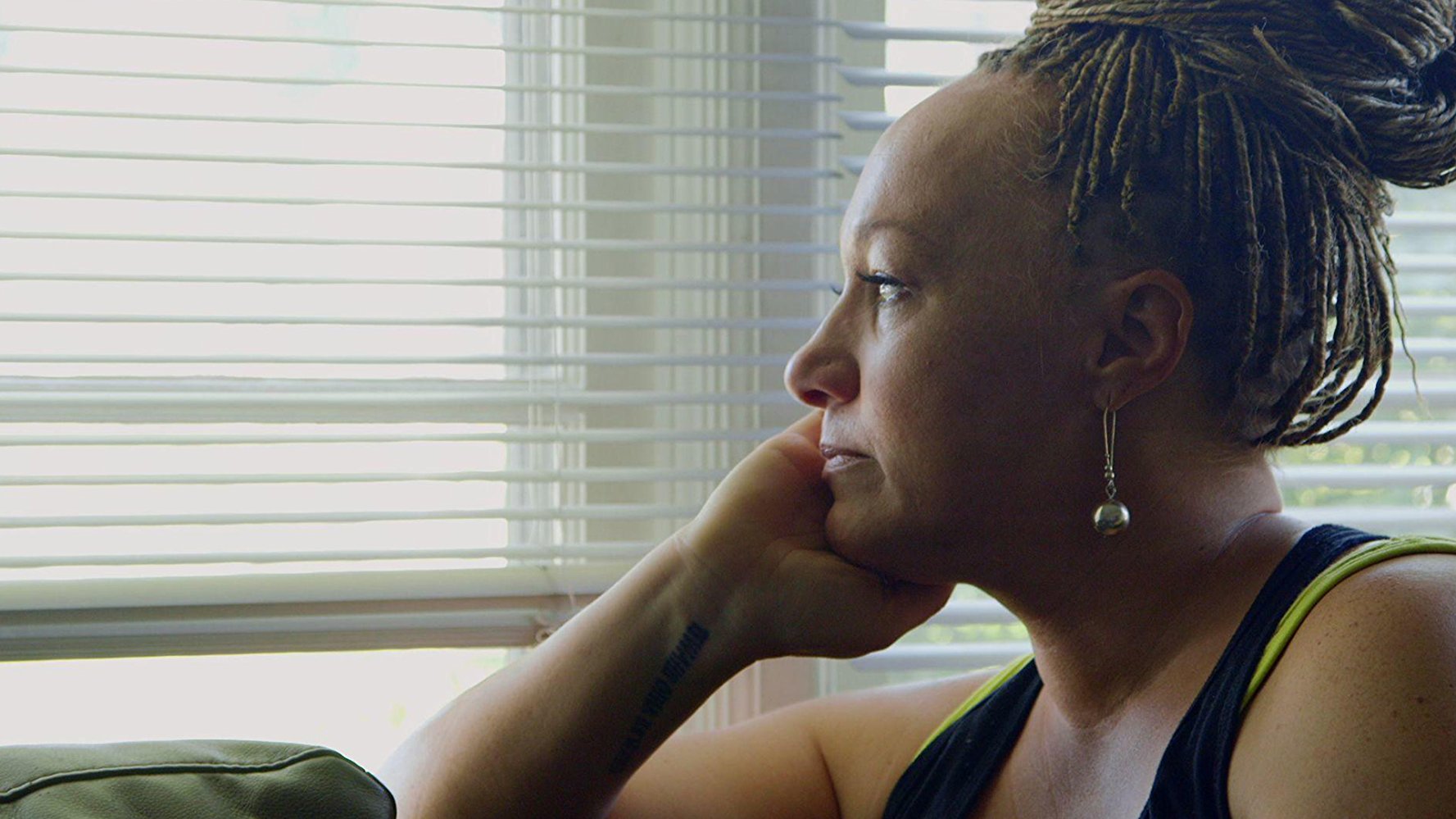 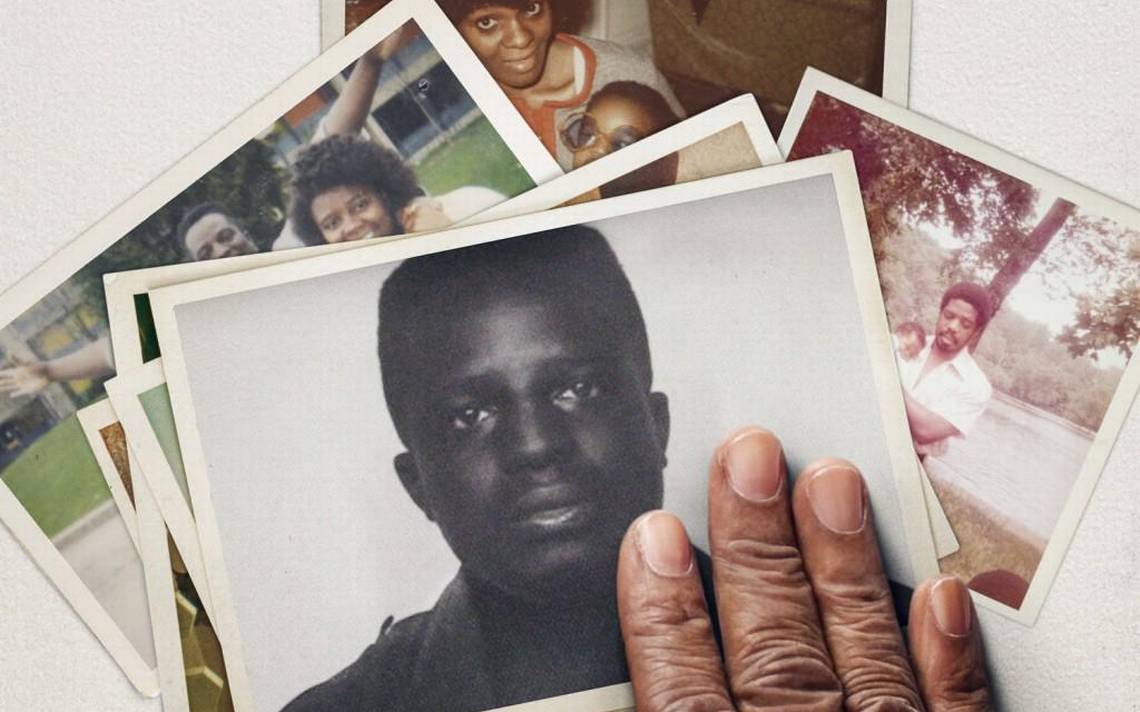 This documentary fits into the ongoing conversation started by[...] 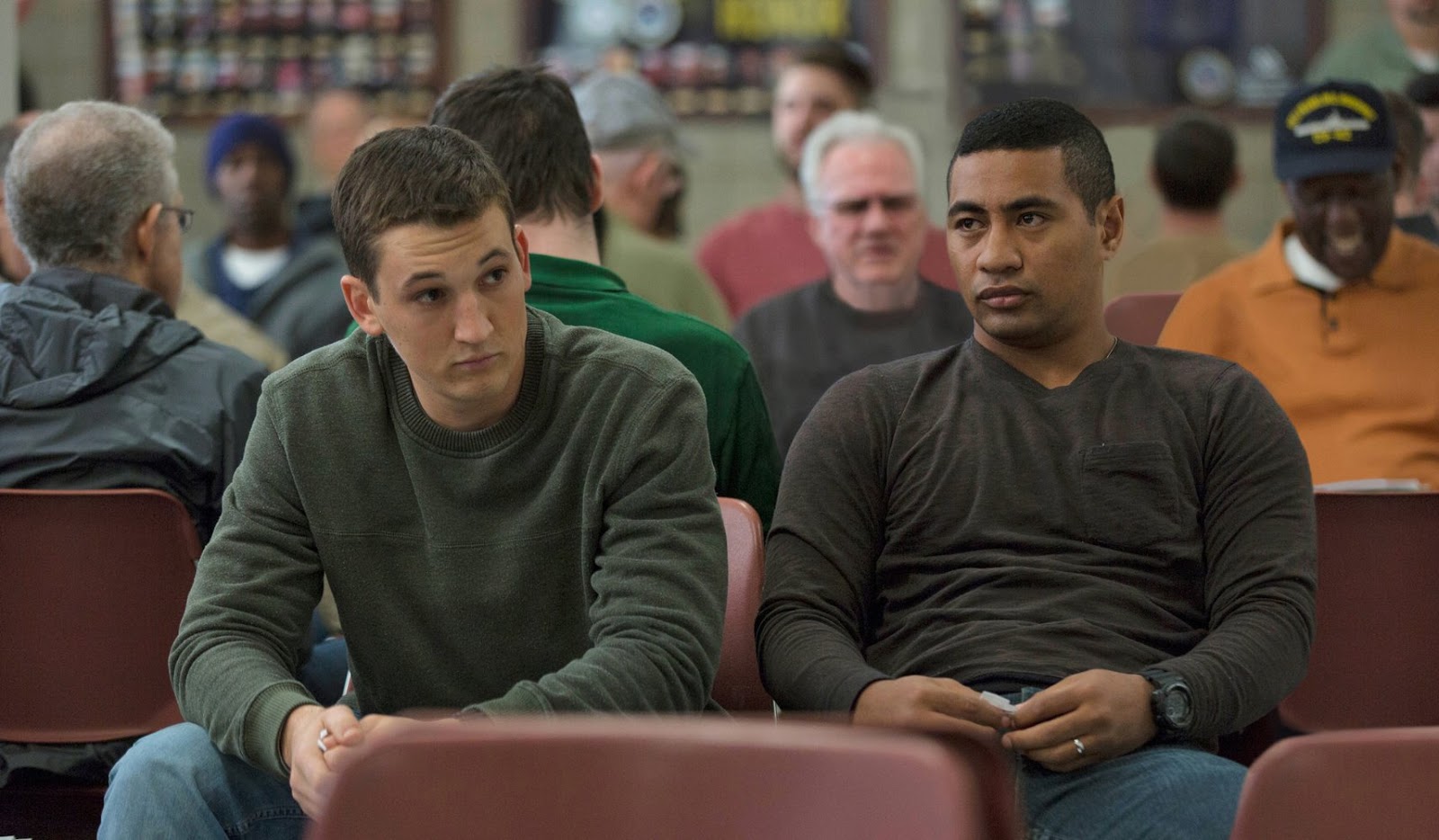 David Finkel is the Pulitzer Prize-winning journalist at The[...]