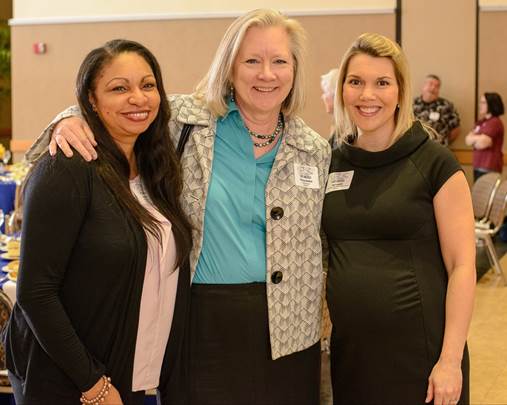 Yvonne Terry of Salisbury Horizons, Maureen McNeil of Coastal Hospice and Amy Luppens of United Way of the Lower Eastern Shore gather for a photo prior to the 71st United Way Annual Meeting (Photo: United Way).

The United Way of the Lower Eastern Shore held its 71st Annual Meeting on Friday, March 18 at the University of Maryland Eastern Shore in Princess Anne, Md.

Amy Luppens, assistant director of United Way of the Lower Eastern Shore, says the organization surpassed its fundraising goal of $1.65 million with a grand total of $1.8 million.

“Every year in the spring we hold our annual meeting which wraps up the campaign that started in September,” Luppens said. “It’s an opportunity to bring together volunteers, donors, board members, etc. who have made the campaign such a success.”

At the event, United Way made the official announcement of awards for Volunteers of the Year, Campaign Coordinators of the Year, Spirit of the Shore Award, the President’s Trophy and more. Friday’s event concluded with the installation of the incoming 2016-2017 United Way Board of Directors.

“We have seven new board members coming on,” Luppens said. “We cover a four county area and have a lot of large employers and small employers so we like to make the board as diverse as possible.”

Incoming United Way Board President Rick Nelson spoke to the crowd, and shared his gratitude for the community’s involvement with the organization.

“Once again, our community has strongly supported our United Way as the organization to bring hope and support to our most vulnerable neighbors on the Shore,” Nelso said. “Surpassing the $1.65 million campaign goal means that more local at-risk children will reach their full potential, more local senior citizens will not go hungry and more local veterans will receive critical health care services.”

The United Way Board of Directors take their term in July and hold the position from 2016-2017.

New in 2015, the Flame of Excellence award recognizes an organization far surpassing previous year records and current campaign goals. This prestigious award is given to an organization who is “on fire” to make a difference in their community through our United Way.

The Heart of United Way Award is bestowed upon an exceptional volunteer leader who personifies the values of United Way of the Lower Eastern Shore in all they do. These values include inclusiveness, commitment, compassion and accountability, to name a few.

The President’s Trophy is the highest award a United Way volunteer can receive and honors both dedication and the inspiring volunteer and philanthropic spirit.

The “Spirit of the Shore” award honors businesses with excellence and leadership in community compassion and overall community service.

Jim Barrett was one of the most charismatic Eastern Shore community leaders and served as a role model volunteer and humanitarian for the local United Way for 20 years.   This award, established in 2005, honors individuals like Jim, who exemplify the qualities of philanthropic leadership.

To learn more about the United Way of the Lower Eastern Shore and how it operates, visit www.unitedway4us.org.

We’re making Shore Chowder in the Kirby and Holloway Kitchen.[...] 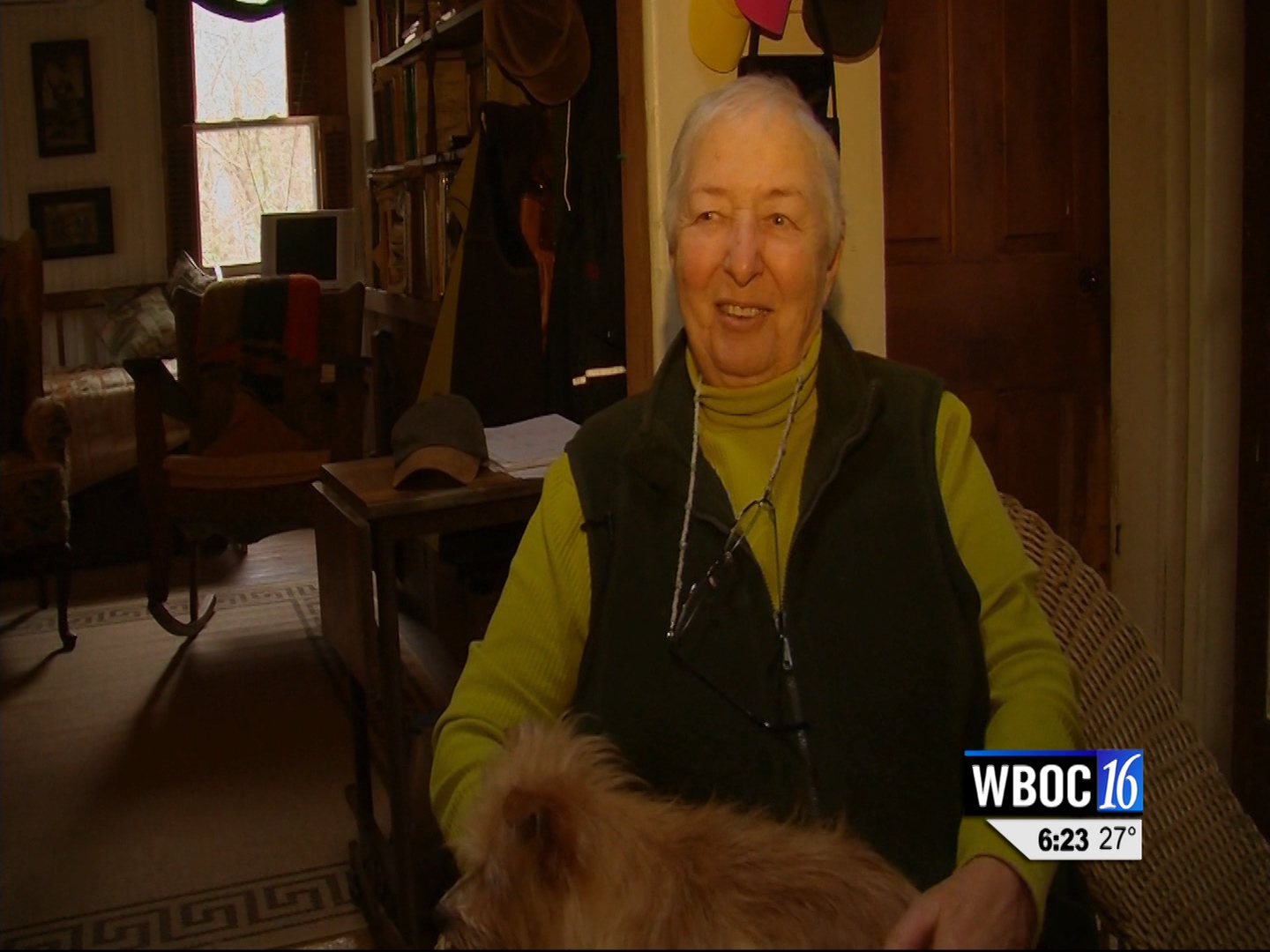 Ann Foley collaborated with local folks to produce the definitive[...] 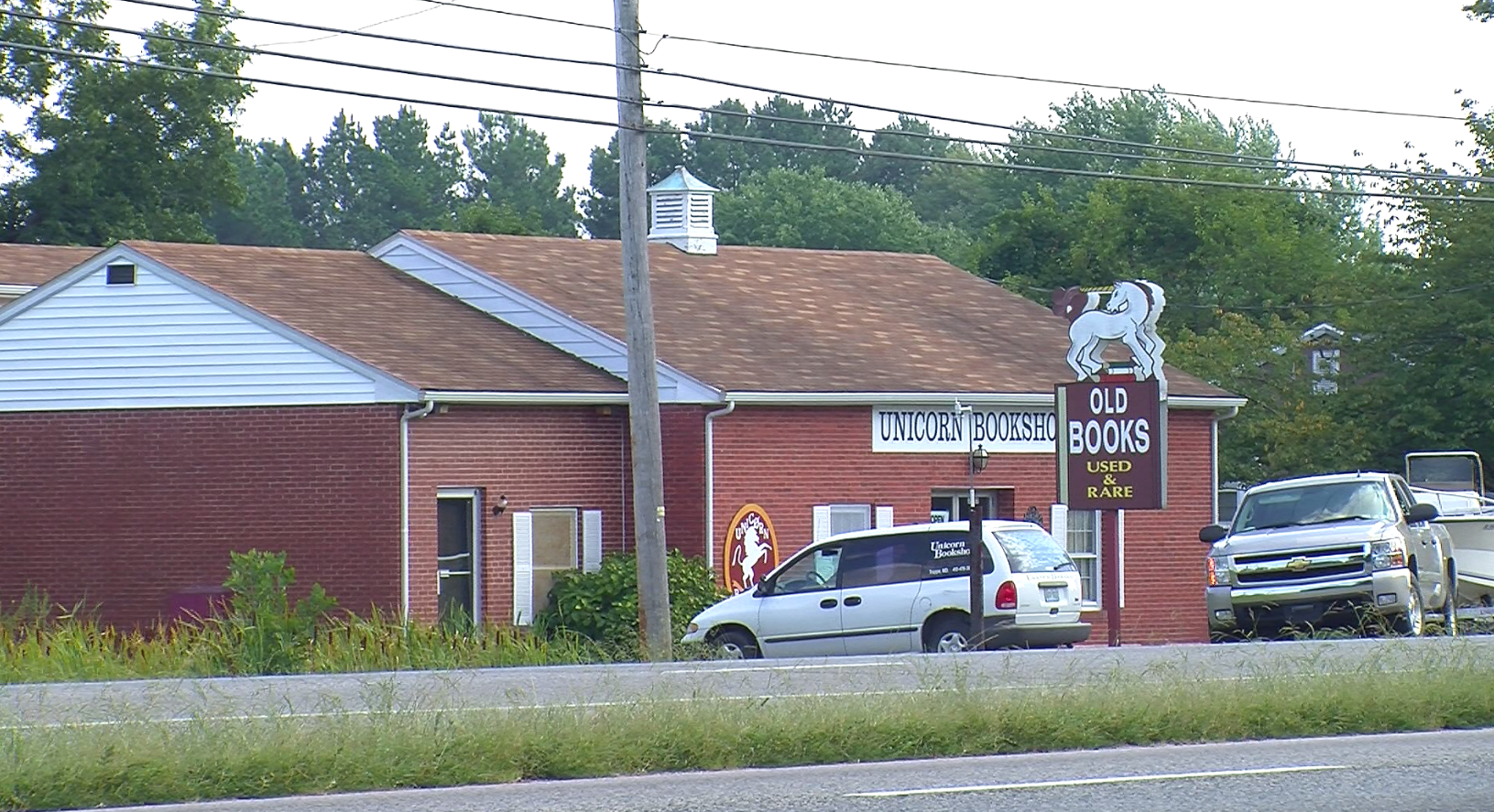 In this segment of Travels With Charlie, Charlie visits the Unicorn[...]