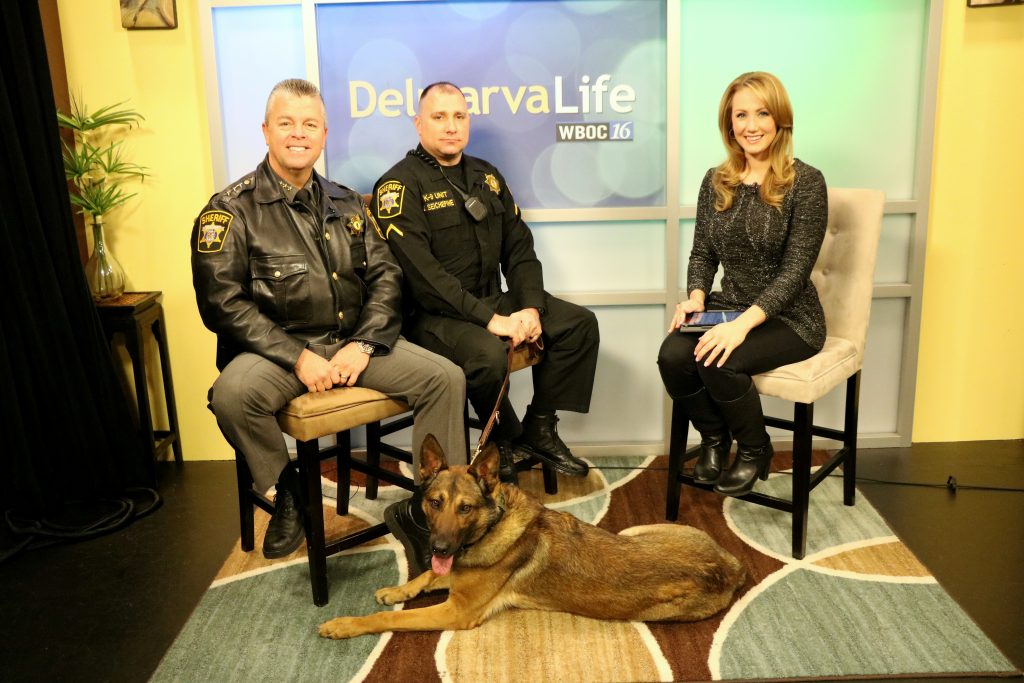 Etiquette Expert Grace Foxwell Murdock, with Professional Grace, joins us in the studio today to talk about networking etiquette. She also answers viewer questions about etiquette and nothing is off limits. Grace answers questions about wearing hats inside and co-workers who drive you crazy.

We’ve been following K-9 Brune from the Wicomico County Sheriff’s Office since the beginning of his career here on Delmarva almost two years ago. K-9 Brune was named in memory of John Brune, a member of the Wicomico County Sheriff’s Office who passed away a few years ago. Shortly after John’s death, his family started the “John Brune Law Enforcement K-9 Foundation,” and K-9 Brune was purchased as a puppy. Maxine Bentzel talks with K-9 Brune’s handler, John Seichepine and Sheriff Mike Lewis in the studio today. The 3rd Annual John Brune Law Enforcement K-9 Foundation Fundraiser will raise money for vests for the dogs and pop-locks for K-9 police cars. The event is Saturday, March 25 at Sisters in Berlin, Md. from 6 pm-8 pm. Learn more about the event here.

George Whitehead, past president of the Rotary Club of Salisbury and 4-Way Test Steering committee member, stops by to talk about “Service Above Self.” The Rotary Club of Salisbury is seeking the nomination of individuals in the community who, in their everyday life, are a living example of the Rotary Motto: Service Above Self. Learn more or nominate someone here.

Author Katherine Winfield joins us on the couches to talk about her most recent book, “Belle Grove.” This mystery novel is grabbing people’s attention, not just because of the story but also because of where it’s based – Centreville, Md. “Belle Grove” is a sequel to “Haverford House.” Both books tell fictional stories about paranormal activities happening in the town. Be sure to tune in at 5 pm to learn more!

Enter now for your chance to win a family four-pack of tickets to see Disney On Ice Passport to Adventure at the Wicomico Youth and Civic Center. Winners will be selected daily and will be announced on DelmarvaLife. Enter here.