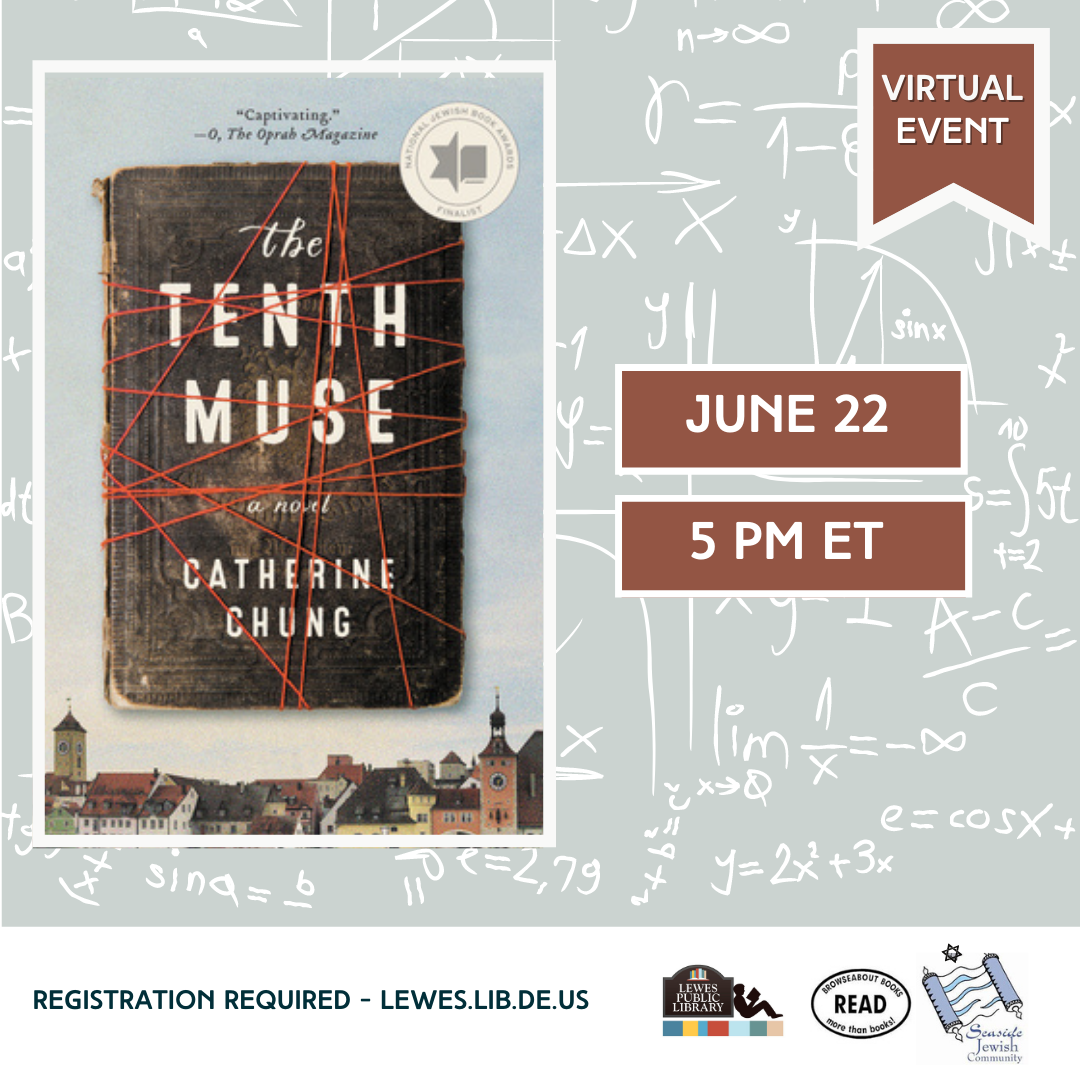 Join us for a live, interactive conversation with Catherine Chung, author of The Tenth Muse: A Novel, an exhilarating, moving novel about a trailblazing mathematician whose research unearths her own extraordinary family story and its roots in World War II.

From the days of her childhood in the 1950s Midwest, Katherine knows she is different, and her parents are not who they seem. As she matures from a girl of rare intelligence into an exceptional mathematician, traveling to Europe to further her studies, she must face the most human of problems—who is she? What is the cost of love, and what is the cost of ambition? These questions grow ever more entangled as Katherine strives to take her place in the world of higher mathematics and becomes involved with a brilliant and charismatic professor.
When she embarks on a quest to conquer the Riemann hypothesis, the greatest unsolved mathematical problem of her time, she turns to a theorem with a mysterious history that may hold both the lock and the key to her identity, and to secrets long buried during World War II. Forced to confront some of the most consequential events of the twentieth century and rethink everything she knows of herself, she finds kinship in the stories of the women who came before her, and discovers how seemingly distant stories, lives, and ideas are inextricably linked to her own.

Catherine Chung won an Honorable Mention for the PEN/Hemingway Award with her first novel, Forgotten Country, and has been a National Endowment for the Arts Fellow, a Granta New Voice, and a Director’s Visitor at the Institute for Advanced Study in Princeton. She has a degree in mathematics from the University of Chicago, and worked at a think tank in Santa Monica before receiving her MFA from Cornell University. She has published work in The New York Times and Granta, and is a fiction editor at Guernica Magazine. She lives in New York City.

Online program from the Lewes Public Library, Browseabout Books, and Seaside Jewish Community.
NOTE: this meeting is being conducted through Zoom. You MUST REGISTER to receive instructions for joining the meeting.