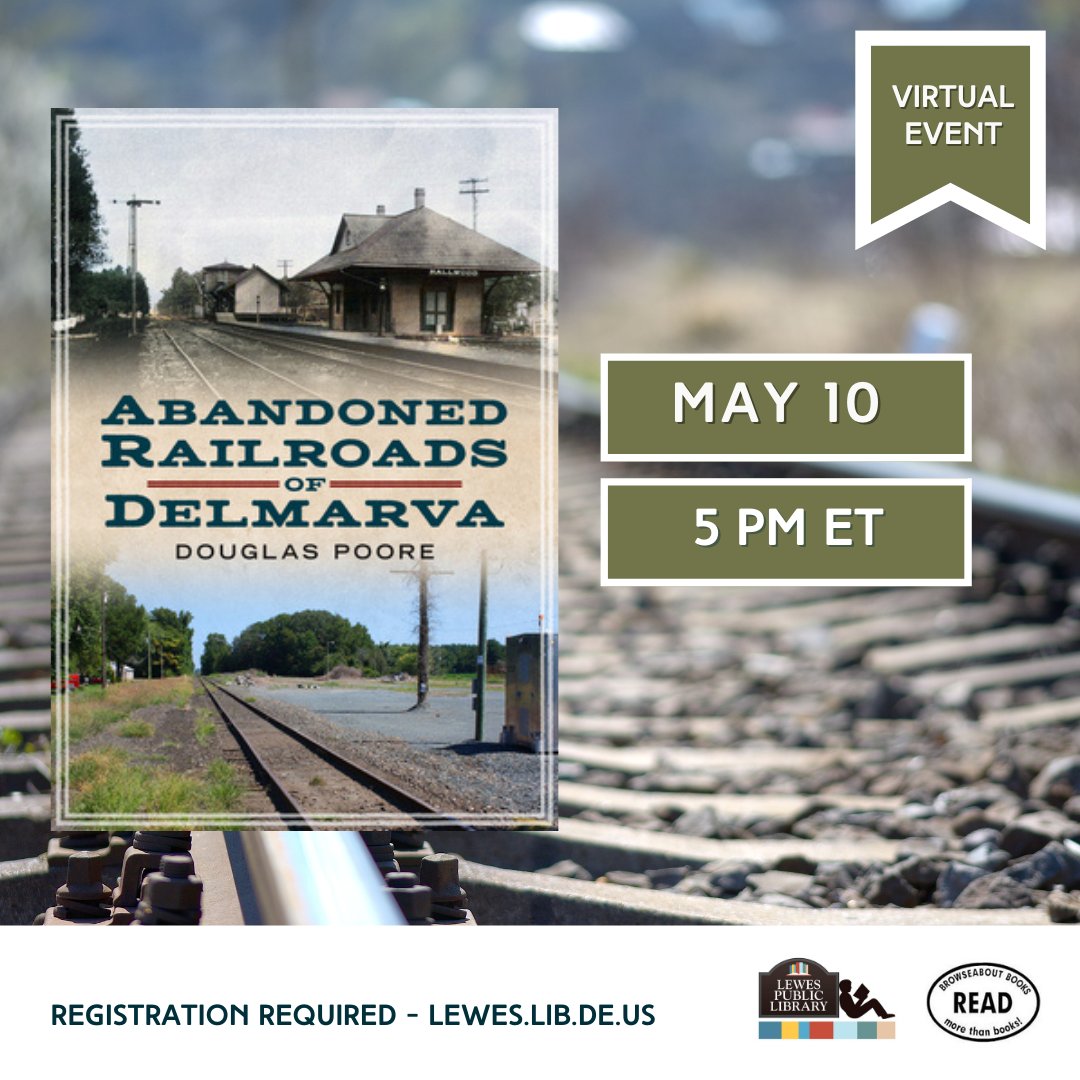 Join us for an online conversation with Douglas Poore, author of “Abandoned Railroads of Delmarva (America Through Time).”

For over 100 years, the railroads of America were the king of transportation. But more than that, they were truly what drove the Industrial Revolution, and along with that, the growth of the country. Railroads made communities from nothing, grew sleepy crossroad towns into major hubs of commerce, and opened areas of Delmarva to goods they once could only read about in magazines and newspapers. By the 1960s, all of this had changed. Passenger service had fallen off to the point that most railroads had ended this once vital travel method. Trucks now hauled the goods that once filled the boxcars of the railroad. Many old rail lines closed. The rails and stations were abandoned to the state governments. Most were just left in place to rust and rot away. This book resurrects those abandoned rails and railroad companies. Photos of the stations, once the center of their town’s growth, are preserved in these pages. Memories of the companies that crisscrossed Delmarva are brought back to life.

Douglas Poore has been a longtime railroad buff. Born and raised in Harrington, Delaware, he grew up with the railroad in his backyard. Some of his earliest memories were anxiously awaiting the James E. Strates Shows’ carnival train arriving each year in July, bringing the carnival rides to the Delaware State Fair. From an early age, he also owned model railroads. From his grandfather’s old Lionel, to an HO scale layout that took up over half of his parent’s attic, Doug has felt the passion of steam engines running in his veins. After retiring from a paramedic career, he took his love of history and railroading and became the volunteer curator of the Greater Harrington Historical Society.