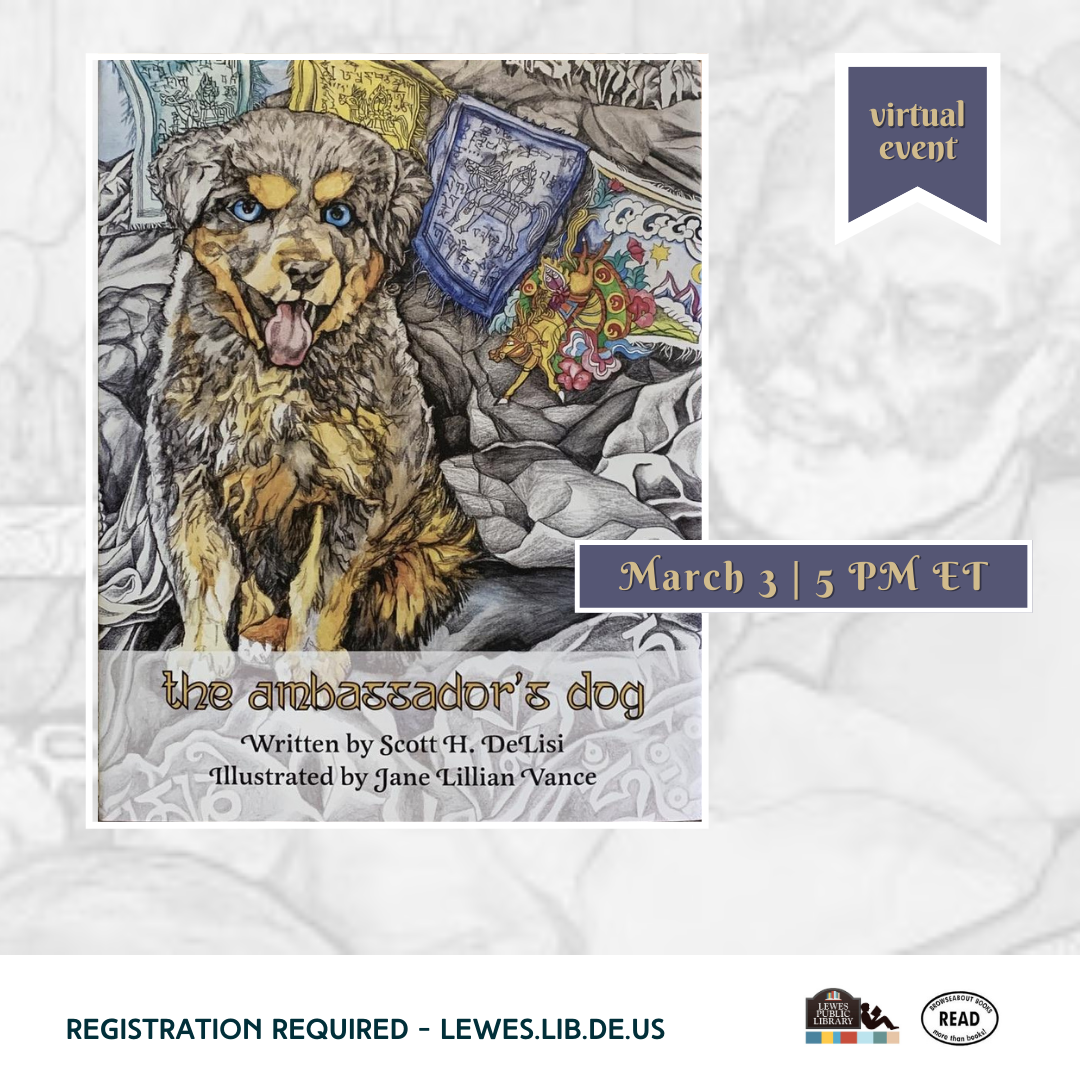 Join us for a live online conversation with Scott DeLisi and Jane Lillian Vance, author and illustrator of The Ambassador’s Dog. Joining them in conversation will be Lisa Mullins, the Boston anchor for NPR’s All Things Considered and guest host on NPR’s Hear and Now.

The Ambassador’s Dog is a story of the power of serendipitous meetings, the power of dreams, and the power of hope. It tells the tale of a puppy, abandoned and alone, who waited on a trail in what once was the ancient kingdom of Lo on the Tibetan plateau. And it’s the tale of the man who was meant to cross his path. It’s more than just another dog story, though. It’s an important reminder, at a difficult time, that there is compassion and courage and hope to be found in the world if only our hearts are open to seeing them.

Author Scott DeLisi served the government of the United States for almost 35 years as a diplomat, capping his career representing President Barack Obama as the U.S. Ambassador to the Federal Democratic Republic of Nepal from March 2010 to July 2012 and as American Ambassador to the Republic of Uganda from 2012 – 2015. He also served as President George W. Bush’s Ambassador to State of Eritrea from 2004 – 2007. Currently, Ambassador DeLisi is the Executive Director of Engage Nepal, a 501 (c)(3) charity dedicated to helping the people of Nepal as they strive to build a stronger, safer, and more resilient future. Ambassador