Author Discussion With Nathan Raab: The Hunt for History 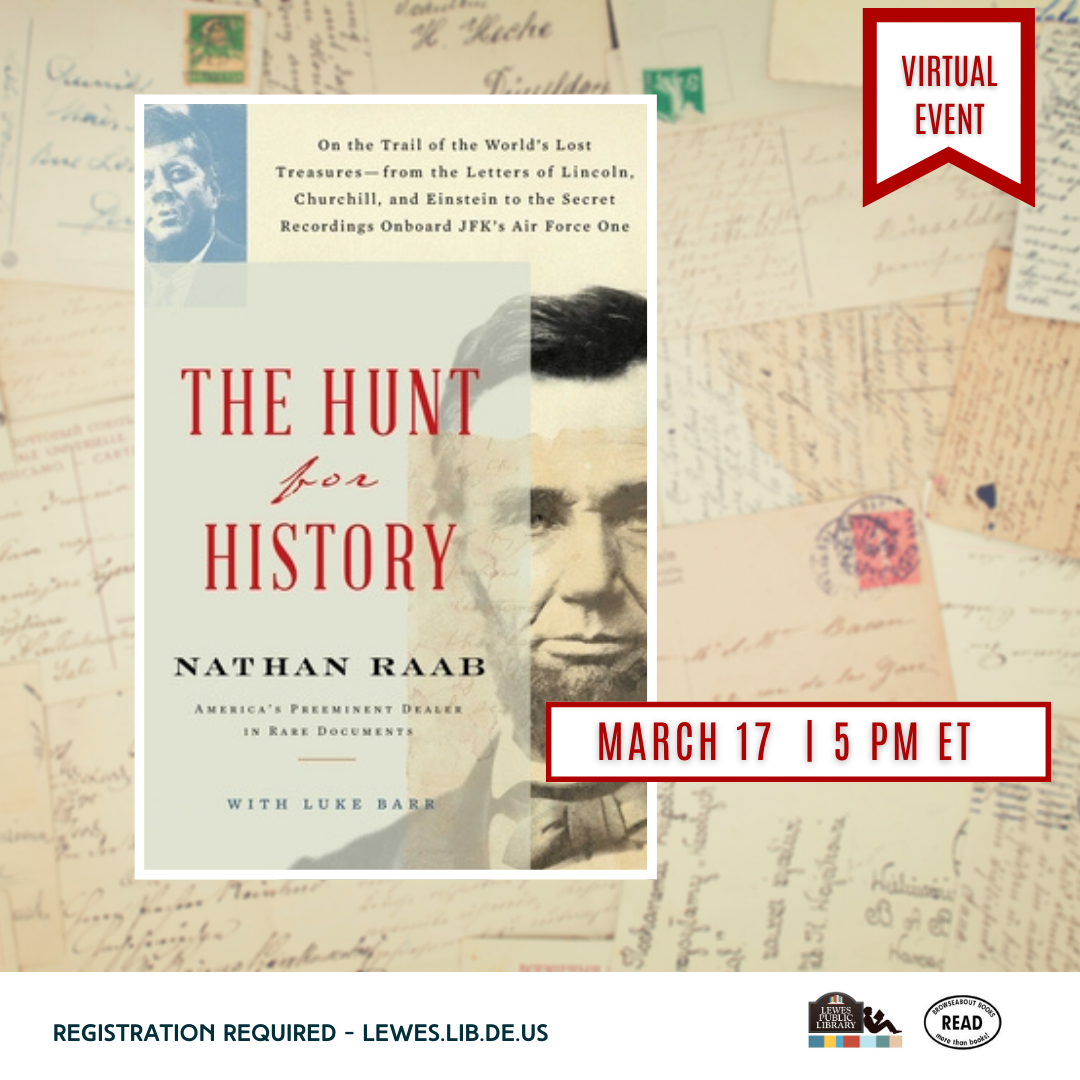 Join us for a live online conversation with America’s preeminent rare documents dealer Nathan Raab, author of The Hunt for History: On the Trail of the World’s Lost Treasures—from the Letters of Lincoln, Churchill, and Einstein to the Secret Recordings Onboard JFK’s Air Force One. The book recounts Raab’s years as the Sherlock Holmes of historical artifacts, questing after precious finds and determining their authenticity.

In The Hunt for History, “Raab takes us on a wild hunt and deliciously opens up numerous hidden crevices of history” (Jay Winik, author of April 1865)—spotting a letter from British officials that secured the Rosetta Stone; discovering a piece of the first electric cable laid by Edison; restoring a fragmented letter from Andrew Jackson that led to the infamous Trail of Tears; and locating copies of missing audio that had been recorded on Air Force One as the plane brought JFK’s body back to Washington. Whether it’s the first report of Napoleon’s death or an unpublished letter penned by Albert Einstein to a curious soldier, every document and artifact Raab uncovers comes with a spellbinding story—and often offers new insights into a life we thought we knew.

Nathan Raab is one of the world’s most knowledgeable and respected experts in historical documents. His writing has appeared in The New York Times and The Philadelphia Inquirer, and he frequently writes a column, “Historically Speaking,” for Forbes.com. Raab lives with his family in Pennsylvania.