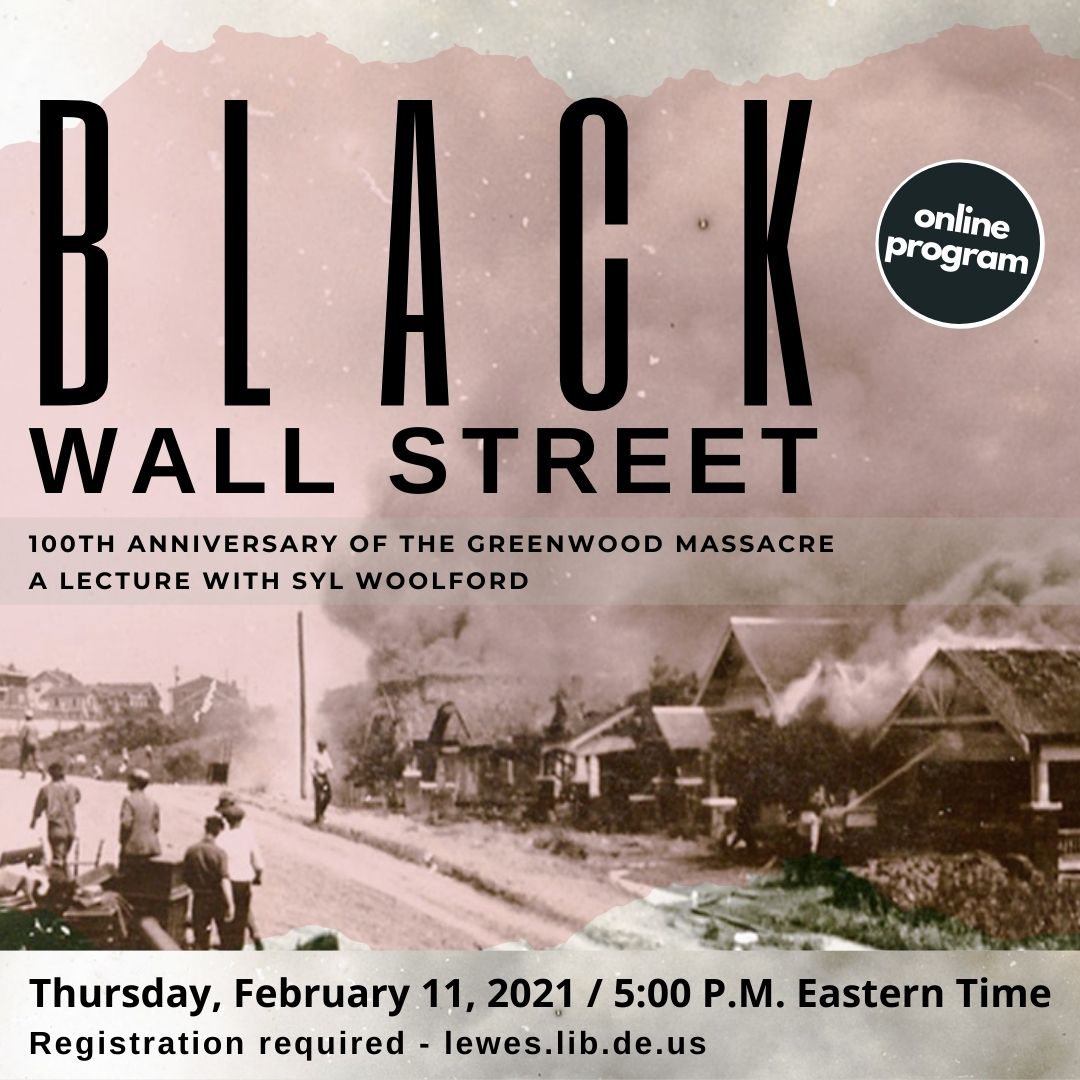 On the 100th anniversary of Greenwood Massacre, join us for a live online lecture by Syl Woolford, looking back at the causes of the massacre and the destruction of “Black Wall Street”.

In the early 1900’s Tulsa, Oklahoma became the oil capitol of the world. Tulsa became a boomtown and the population exploded with people rushing to Tulsa to drill for oil and to get jobs in the oil fields. The early 1900’s was also a time of restrictive Jim Crow laws for African-American. Although they could not get jobs in the oil fields, they created the most prosperous African-American community in the country providing support services to the oil workers. There section of town was named Greenwood and the business community was nicknamed “Black Wall Street”. Many conflicts existed between the white community in Tulsa and the African-American Greenwood Community. On May 31, 1921 these conflicts erupted into the deadliest and most destructive race riot in American history.

Presented by Syl Woolford, who was recognized by the Delaware National Education Association and the NAACP for his contribution to the preservation of African American history, Mr. Woolford is a member of the Delaware Heritage Commission, the Historical and Cultural Affairs Collections Committee, the Historic Preservation Fund, and the Wilmington University History Committee.