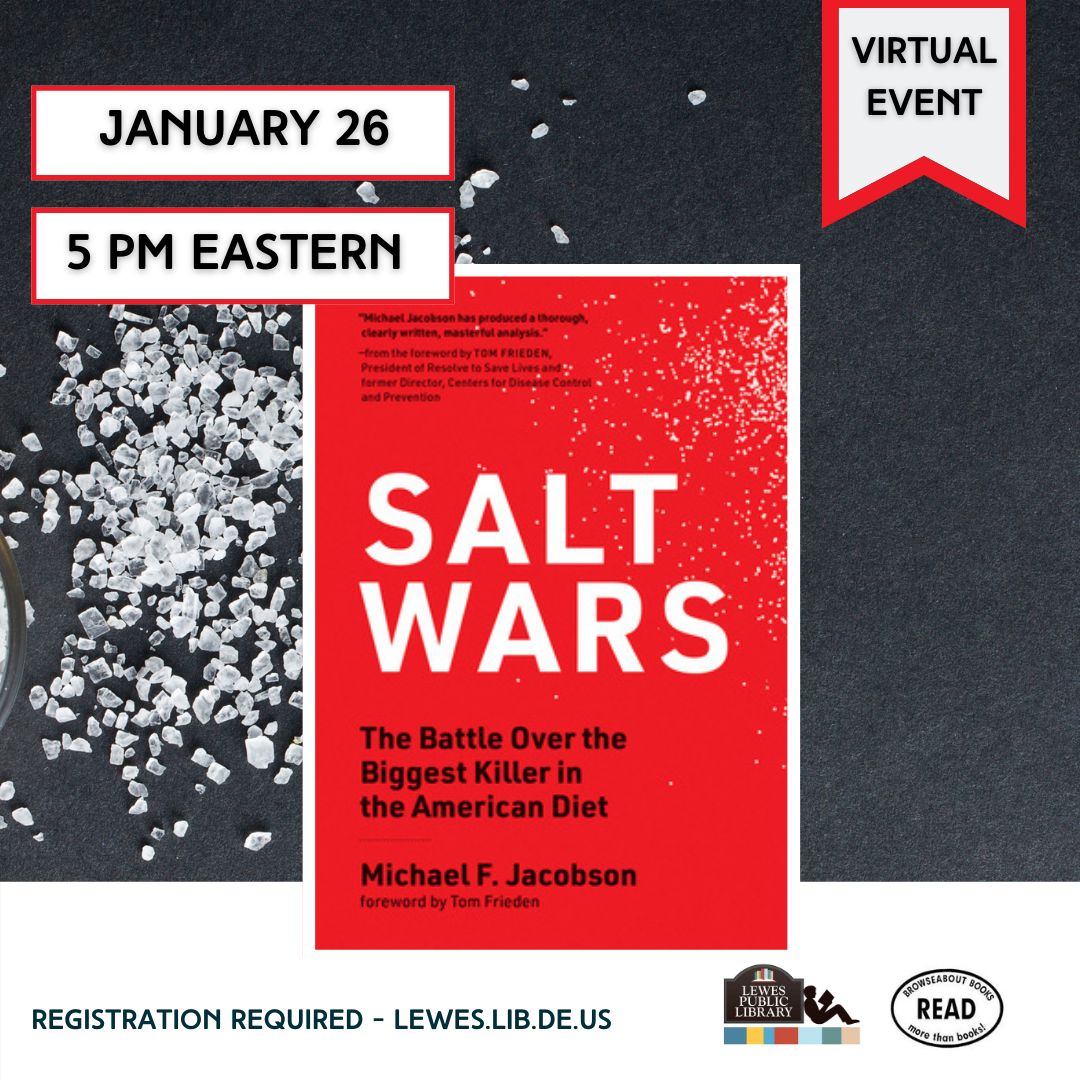 A high-sodium diet is deadly; studies have linked it to high blood pressure, strokes, and heart attacks. It’s been estimated excess sodium in the American diet causes as many as 100,000 deaths deaths and many billions of dollars in avoidable health-care costs each year. And yet salt is everywhere in our diets—in packaged foods, fast foods, and especially meals at table-service restaurants. Why hasn’t salt received the sort of public attention and regulatory action that sugar and fat have? In Salt Wars, Michael Jacobson explains how the American food industry and a small group of scientists have successfully fought government efforts to reduce dangerous levels of sodium in our food. He advises readers how to reduce salt and calls on them to suit up for the next battle in the salt wars.

Michael F. Jacobson is Cofounder and Senior Scientist at the Center for Science in the Public Interest. He is the author of Six Arguments for a Greener Diet and other books. Michael Moss was awarded the Pulitzer Prize for explanatory reporting in 2010, and was a finalist for the prize in 1999 and 2006. He was a reporter for The New York Times, The Wall Street Journal, Newsday, and The Atlanta Journal-Constitution.