Conversation with Authors Puja Guha and Dea Poirier: Sirens of Memory and After You Died 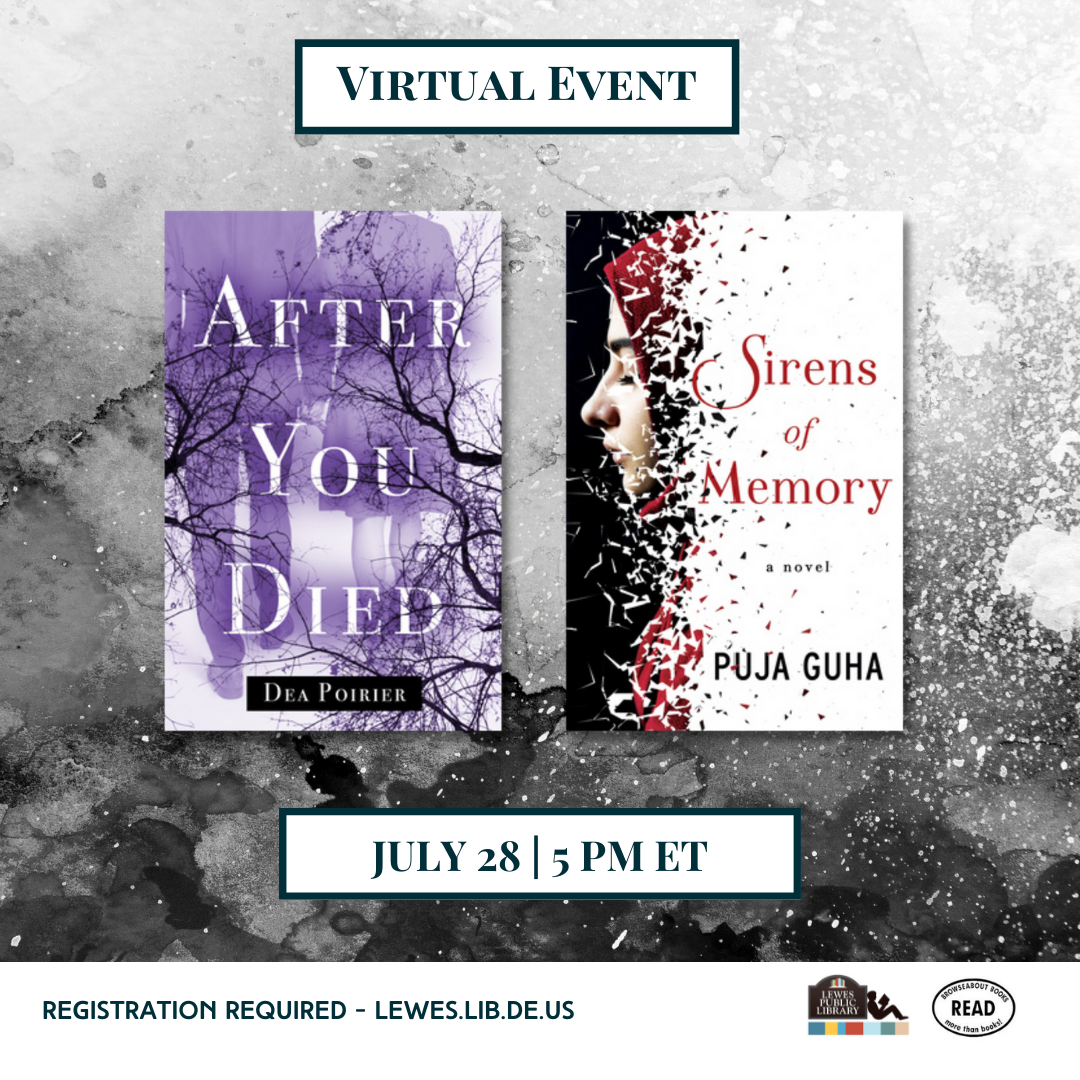 Join us for an online conversation between authors Puja Guha and Dea Poirier, as they discuss their latest books, Sirens of Memory (Guha) and After You Died (Poirier). Joining them in conversation is Chantelle Aimée Osman, Editor, Agora – Polis Books.

In Guha’s Sirens of Memory, Mariam is pregnant and fleeing an abusive marriage as the Iraqi invasion of Kuwait begins. Leaving her husband Tareq for dead, she crosses the border and is evacuated with the help of Raj, who she meets at a refugee camp and suggests she assume the identity of his dead wife so she can be issued Indian papers. Twenty-five years later, Mariam is still living under the identity of Raj’s Indian wife in the US. In an attempt to put her past to rest, she attends an event commemorating the anniversary of the invasion at the Kuwaiti embassy. Also in attendance is Tareq, miraculously still alive, who had assumed his wife was killed in the invasion decades before. Angry and obsessed, he begins planning his revenge. The confrontation that follows forces Mariam to confront her past as a victim and decide who she really is, once and for all.

Poirier’s After You Died is a paranormal thriller loosely based on true events. Seventeen-year-old bisexual teen boy Asher remembers nothing from the night in 1968 that the police found him covered in his girlfriend’s blood. He knows he’d never hurt anyone, least of all her. But the only person who believes him is his twin sister. He’s sentenced to five years at the Dozier Reform School. And like Asher’s memory, Dozier hides violent secrets of its own. In hopes of recovering the events from the night of the murder, Asher visits the school’s psychiatrist. But when the memories return, he finds many aren’t his own. Thoughts, feelings, and visions from another life, and another time, slip into his mind. And each new memory brings consequences. First days disappear, then weeks. As the weeks slip away, students follow. As Asher’s possible body count grows, he knows the answers he needs are trapped within his own mind, and in ghosts from the past. He needs to find out who he is and prove the murders aren’t connected to him or risk losing his sanity and freedom forever.