Lives in the Law: Laurence Tribe – Friend of the Court 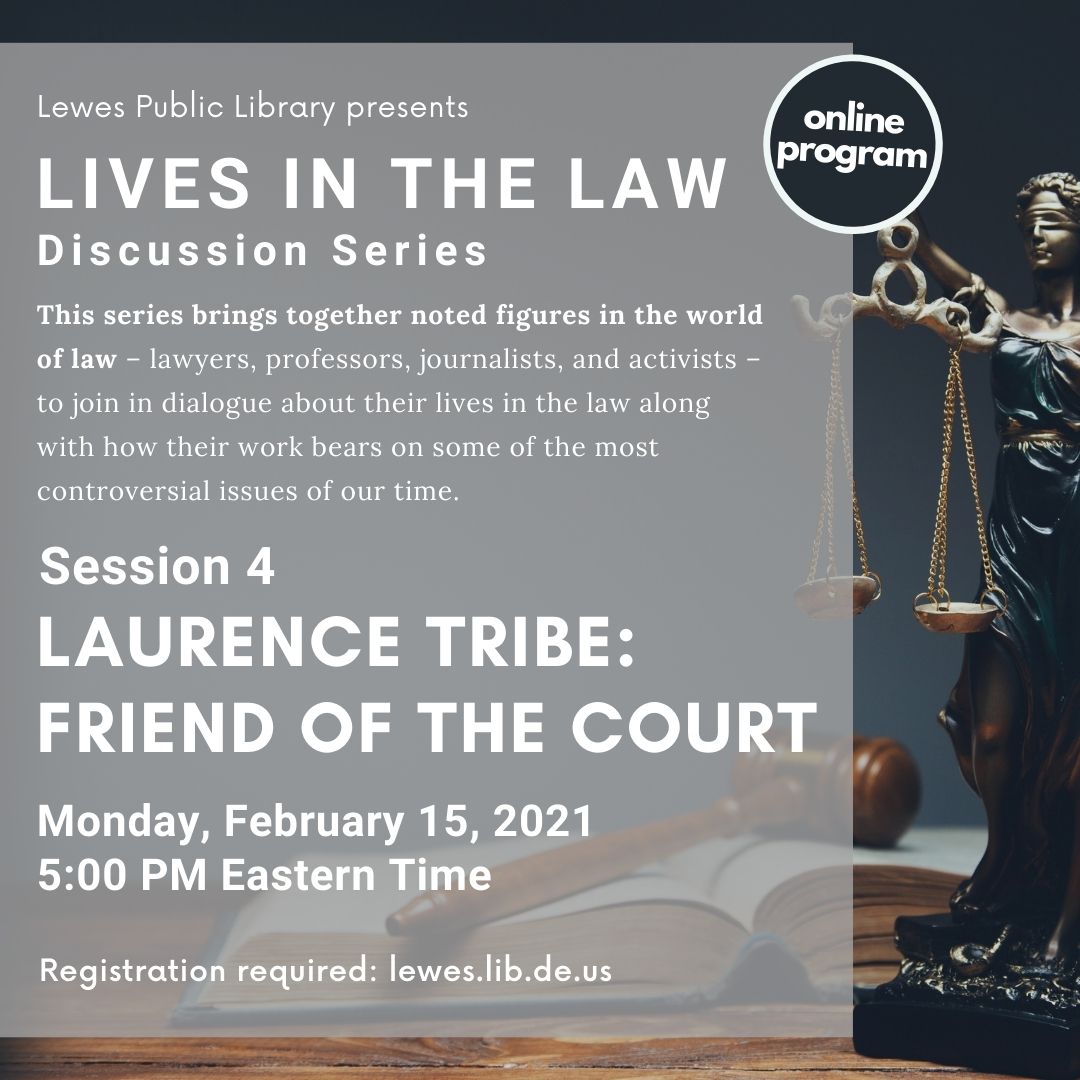 This series brings together noted figures in the world of law – lawyers, professors, journalists, and activists – to join in dialogue about their lives in the law along with how their work bears on some of the most controversial issues of our time. Ronald Collins, a retired law professor and the Library’s first Distinguished Lecturer, will host the series including conducting interviews and inviting dialogue. The series is meant for laypersons and specialists alike. Audience participation by way of questions and comments is welcome and encouraged.

Laurence H. Tribe is Carl M. Loeb University Professor and Professor of Constitutional Law at Harvard Law School. Tribe helped write the constitutions of South Africa, the Czech Republic, and the Marshall Islands; prevailed in three-fifths of the many appellate cases he has argued (including 35 in the U.S. Supreme Court); was appointed in 2010 by President Obama and Attorney General Holder to serve as the first Senior Counselor for Access to Justice; and written 115 books and articles, including his treatise, American Constitutional Law, cited more than any other legal text since 1950.

Online program from the Lewes Public Library.
NOTE: this meeting is being conducted through Zoom. You MUST REGISTER to receive instructions for joining the meeting.