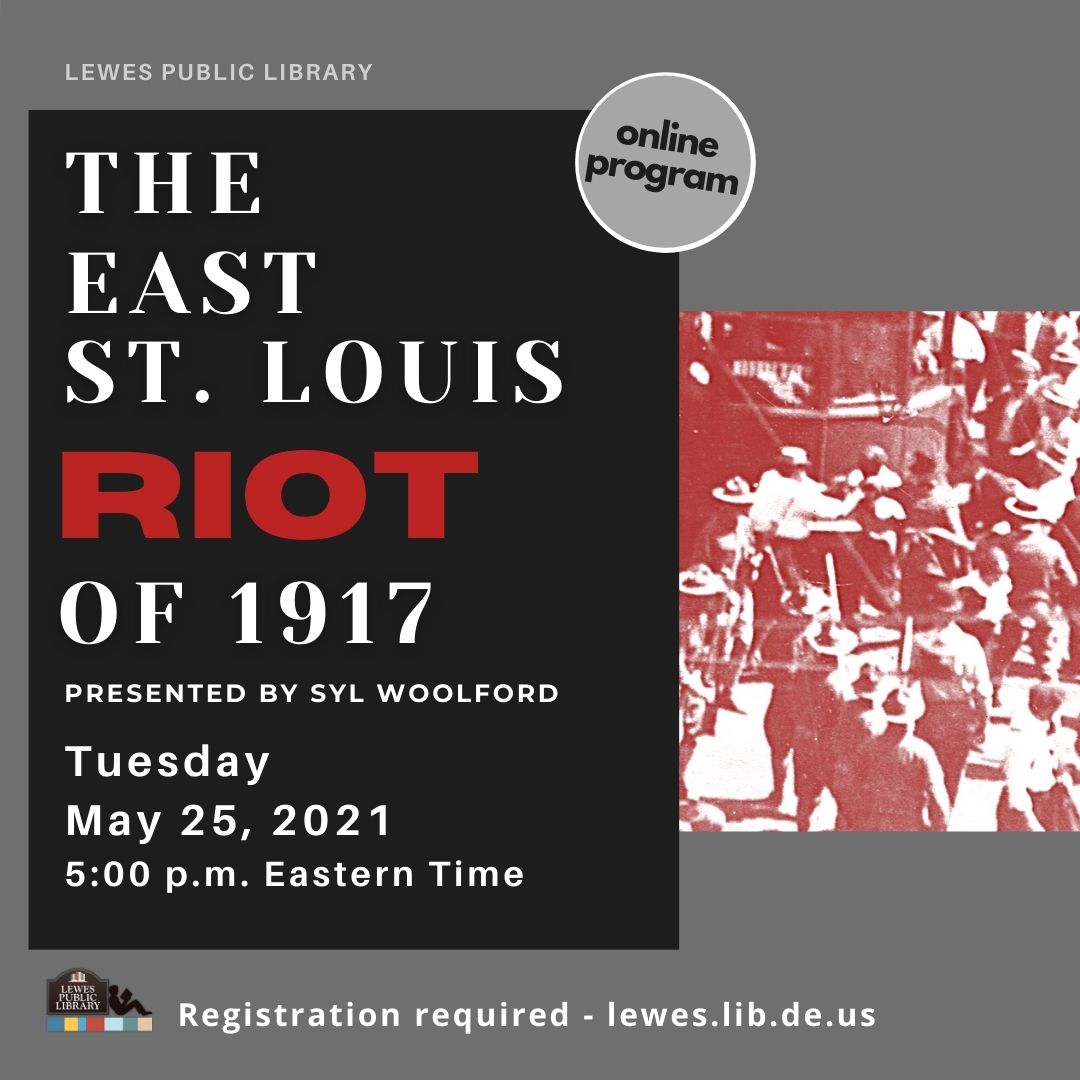 East St. Louis, Illinois was a hub of industry and commerce. Meat packers, iron mills, and railroads called East St. Louis home. African-Americans from the south poured into East St. Louis to get unskilled jobs which paid wages unavailable in the south. On July 1, 1917 the tensions which had built up over crowded housing, low wages, and racial tensions resulted in the destruction of the African-American Community by a mob estimated at 10,000. Over 100 African-Americans were killed and over 25 whites were killed. This dark day in American history must be revisited and discussed to find out what happened and to make sure it does not happen again.

Presented by Syl Woolford, who was recognized by the Delaware National Education Association and the NAACP for his contribution to the preservation of African American history, Mr. Woolford is a member of the Delaware Heritage Commission, the Historical and Cultural Affairs Collections Committee, the Historic Preservation Fund, and the Wilmington University History Committee.