Science and Society: The Race to Make and Use COVID-19 Vaccines 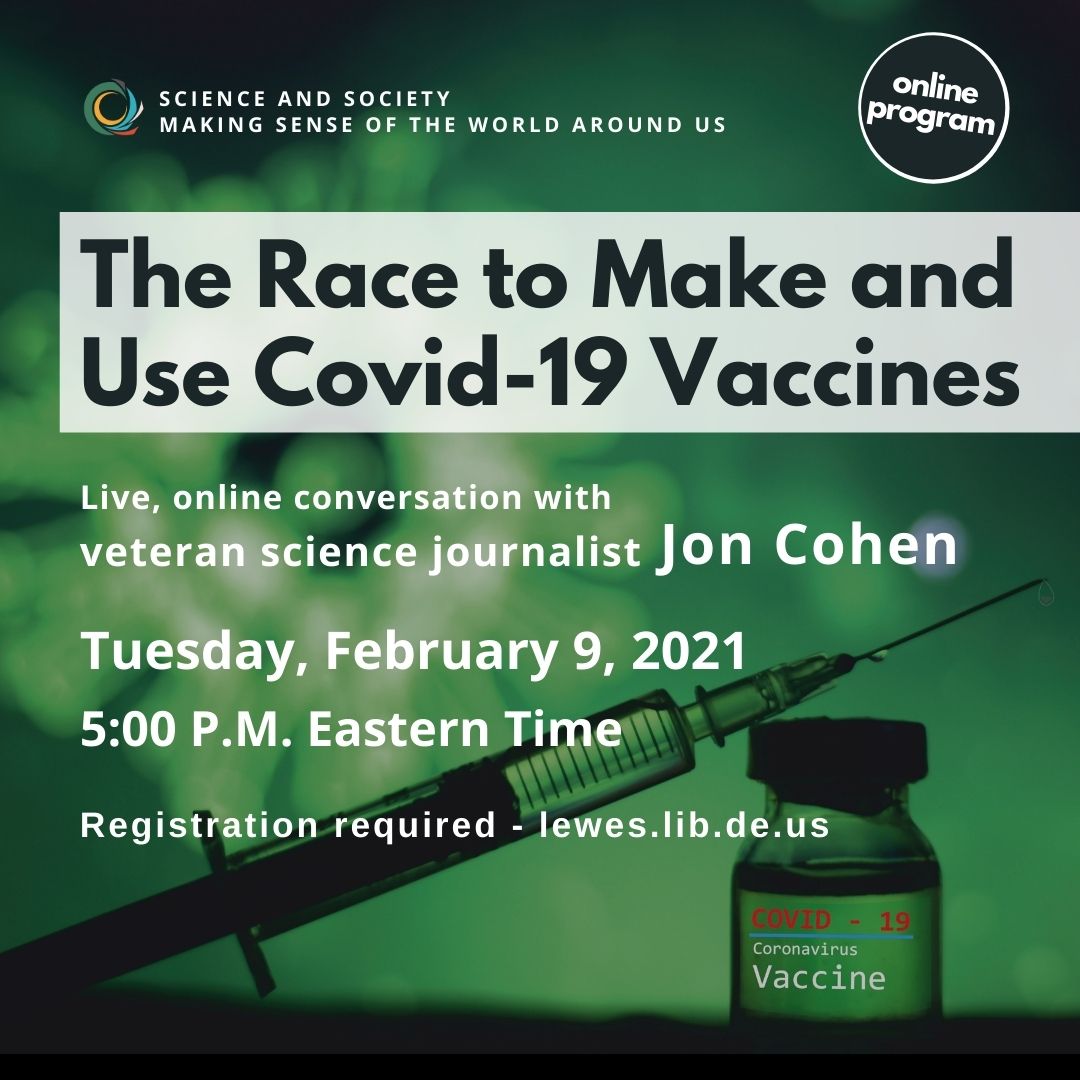 Join us for a live online conversation with veteran science journalist Jon Cohen on the science behind the global race to produce a vaccine against the virus responsible for the COVID-19 pandemic.

In less than a year after scientists first identified a virus formally known as SARS-CoV-2, a handful of highly effective vaccines were developed, exhaustively tested, and approved for use in many countries. It was a phenomenal achievement, unmatched in the history of vaccine development. Traditional vaccines are mostly based on killed or weakened versions of the target virus, but the first coronavirus vaccines past the post use a promising new technique that involves injecting a key part of the virus’s genetic material. Jon Cohen will discuss the different approaches pursued around the world, the scientists involved in the pursuit, and the political and economic pressures surrounding the endeavor.

Jon Cohen is a staff writer for Science magazine. He has covered the HIV/AIDS pandemic from the beginning, other infectious diseases, vaccines, immunology, and new genetic technologies such as the genome-editing technique CRISPR. He is the author of four science-based books, Shots in the Dark, Almost Chimpanzee, Coming to Term, and Tomorrow is a Long Time, and the recipient of numerous science writing awards. His work has appeared in many publications, including the New Yorker, the New York Times Magazine, the Washington Post, Smithsonian, and Surfer’s Journal.

The conversation will be moderated by Colin Norman, the former News Editor at Science, and Fred Dylla, Executive Director Emeritus of the American Institute of Physics and author of Scientific Journeys. This event is part of the series Science and Society – Making Sense of the World Around Us, launched by the Lewes Public Library last year and co-organized by Fred Dylla and Linda Dylla.

Online program from Topical Seminars and the Lewes Public Library.